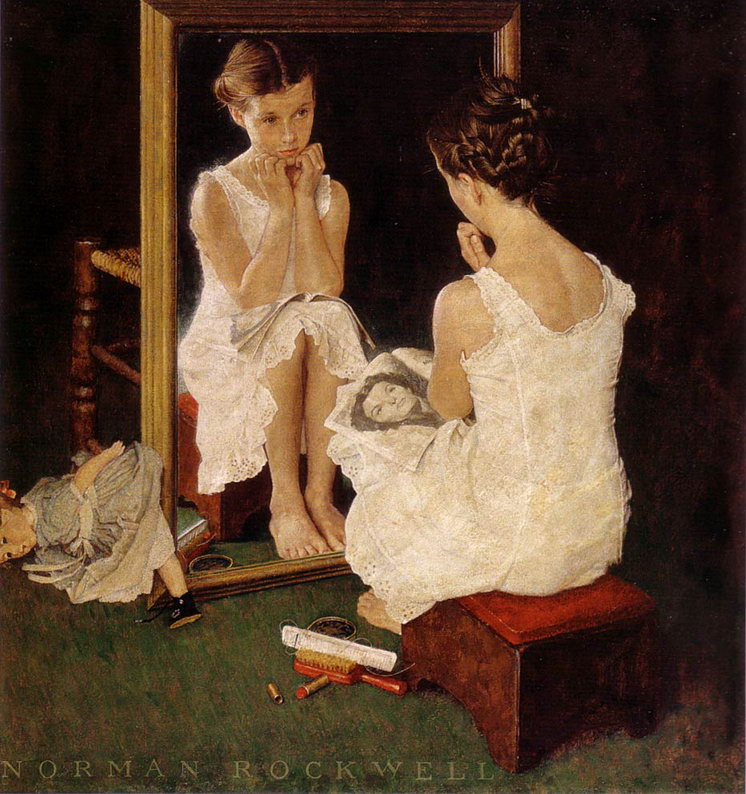 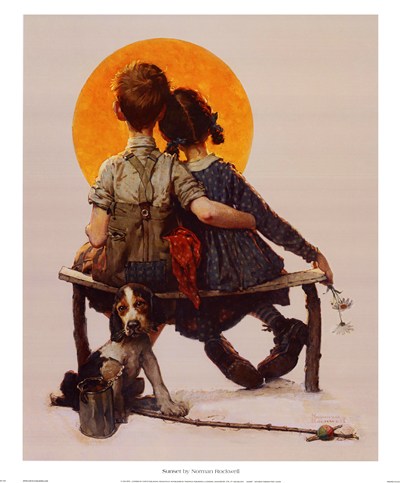 Norman Rockwell (1894 - 1978) is famous for his paintings and illustrations of traditional small town life. For more than 40 years, 322 of Rockwell's art prints adorned the covers of Saturday Evening Post. Throughout his lifetime, his paintings were also featured on the covers of Boy's Life, Life Magazine, The Country Gentleman and many more. In his younger years, Rockwell was refused by the U.S. Navy during the World War I because he was eight pounds underweight. He was eventually enlisted, but never saw any action because of his position as a military artist. During his lifetime, Rockwell had three wives and three children. His three children were all born to his second wife, Mary Barstow. Rockwell's work was admired by many and he was commissioned to paint portraits for four U.S. presidents, including Eisenhower, Kennedy, Johnson and Nixon. He also painted portraits of political leader Jawaharlal Nehru, the first Prime Minister of India, and Judy Garland. "Sunset", "Freedom to Worship" and "Before the Shot" are just a few of Rockwell's most famous art prints. During his lifetime, Rockwell produced more the 4,000 original artworks. The Norman Rockwell Museum, located in Massachusetts, is home to many of his original paintings and illustrations.
Posted by art wonder every day at 05:53