"The Dream ( Le Reve)" by Pablo Picasso, an oil on canvas painting from Jan. 24, 1932, is shown in this undated handout photo released to the media on Thursday, Sept. 25, 2008. The $139 million work was accidentally damaged by Wynn Resorts Ltd. Chairman Stephen Wynn when he poked his elbow through it in 2006. By: Richard Vines and Katya Kazakina 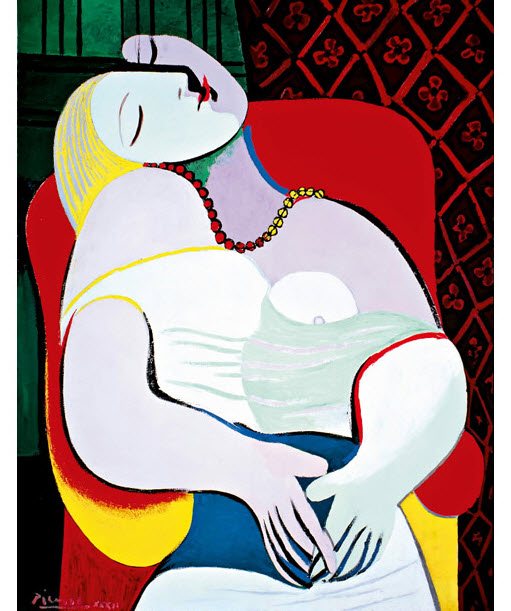 NEW YORK (BLOOMBERG).- Steven Cohen, owner of SAC Capital Advisors LP, has bought Pablo Picasso’s “Le Reve” for $155 million from casino owner Steve Wynn, a person familiar with the transaction said. The price is the highest paid by a U.S. collector for an artwork, art dealers told Bloomberg. Wynn had previously agreed to sell the painting to Cohen for $139 million in 2006. The purchase was canceled after Wynn, whose vision has deteriorated owing to retinitis pigmentosa, accidentally put his elbow through the canvas. Cohen remained interested in the work for years as it was repaired. “The restoration seems to be factored into the price,” said Beverly Schreiber Jacoby, valuation specialist and president of New York-based BSJ Fine Art. “If you didn’t know that it has been damaged, you would not see it. It’s superbly restored.” The U.S. Securities and Exchange Commission’s proposed $616 million insider-trading settlement with SAC Capital Advisors will be the subject of a hearing on March 28 in Manhattan federal court. SAC manages $15 billion, 60 percent of which is Cohen’s and his employees’ money. Cohen is one of the world’s biggest art collectors, with works by Van Gogh, Manet, de Kooning, Picasso, Cezanne, Warhol, Johns and Richter.