The Dutch have a really fantastic way of preparing their herring called "sousing".

For those who are not familiar with sousing, here is how  Wikipedia defines sousing:

"The term soused herring usually means 'soaked in a mild preserving liquid', and can be used to refer to raw herring in a mild vinegar pickle or the famous Dutch brined herring. As well as vinegar, the marinade might contain cider, wine or tea, sugar, herbs (usually bay leaf), spices (usually mace), chopped onion....
The soused herring (maatjesharing or just maatjes in Dutch, or matjes in German and Swedish) is an especially mild salt herring, which is made from young immature herrings. The herrings are ripened for a couple of days in oak barrels in a salty solution, or brine. The pancreatic enzymes which support the ripening make this version of salt herring especially mild and soft....
This process of preparing herring (known as "gibbing") was developed in the Middle Ages by the Dutch. Herrings are caught between the end of May and the beginning of July in the North Sea near Denmark or Norway, before the breeding season starts. This is because herrings at this time are unusually rich in oils (over 15%) and their roeand milt have not started to develop.
The brine used for Dutch soused herring has a much lower salt content and is much milder in taste than the German Loggermatjes. To protect against infection bynematodes of the genus Anisakis, Dutch regulations mandate freezing to at least minus 45°C before salting. In the modern day, soused herrings can therefore be produced throughout the year."

The herring has an incredibly mild taste and buttery texture.  Absolutely great!! 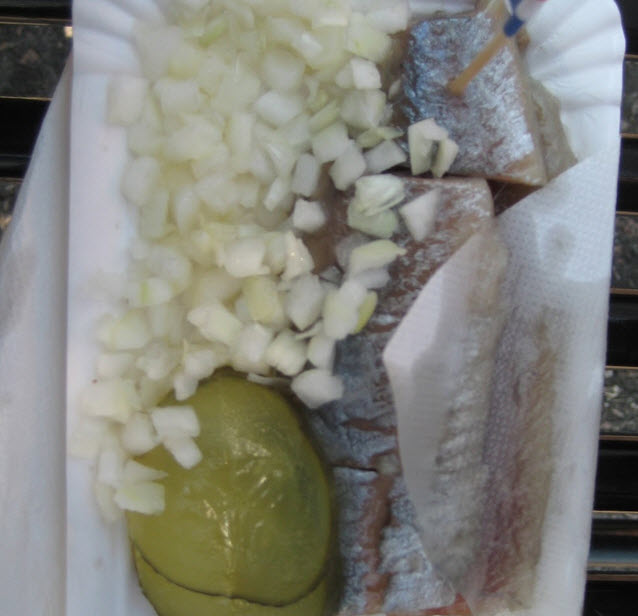 How to eat herring 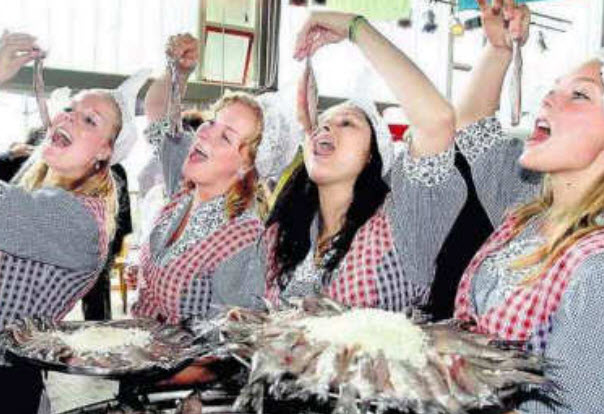 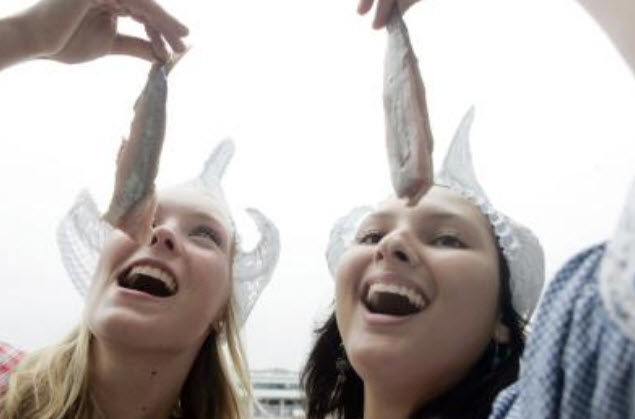