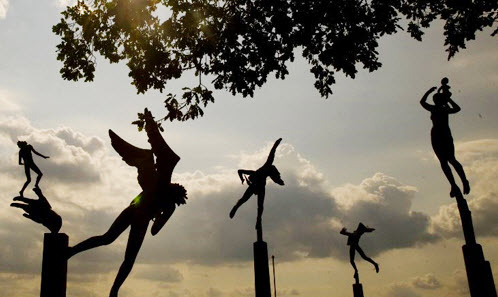 Born Carl Emil Wilhelm Andersson in 1875 near Uppsala, Sweden, sculptor Carl Milles began his artistic career as more of a craftsman than an artist in the traditional sense. Upon leaving school in 1892, Milles began an apprenticeship with a cabinet-maker and carpenter. He supplemented his "on-the-job" training at this point by studying woodworking in evening classes at the Stockholm Technical School. Before long, he was pursuing carving and modeling in his studies as well, and in 1897, he won a prize from the Swedish Society of Arts and Crafts. By 1899, he had work admitted to the Salon in Paris, in which city he had been living and working for about two years. While in Paris, Milles spent time assisting Auguste Rodin.

The first years of the twentieth century found Milles traveling throughout Europe and continuing to study sculpture. During the period of years between 1901 and 1908, Milles visited Belgium, Holland, and Munich in Germany, settling in the latter city for a time after 1904. In 1905, Milles married Olga Granner, who was an Austrian portrait painter; the couple returned to Sweden in 1908 where Milles went to work completing major public commissions.
Milles had a rather stormy relationship with his work following his return to Sweden. The Baltic Exhibition of 1914 in Malmo featured a successful showing of his recent work, and the sculptor gained critical acclaim. However, Milles destroyed many of his projects in his studio in 1917 out of dissatisfaction with the direction of his art. After this time, he worked to develop his personal style, more frequently employing granite as a material.
Perhaps best known in present day for his monumental fountains, Milles dedicated much of his life after 1920, when he was appointed Professor of Modeling at the Royal Academy of Art in Stockholm, to teaching sculpture. Although he continued to exhibit throughout Europe during the 1920s, including at the Tate Gallery in London, Milles settled in the United States after accepting a teaching position as head of the Department of Sculpture at the Cranbrook Academy of Art in Bloomfield Hills, Michigan in 1931. Both he and his wife became United States citizens in 1945, and the couple resided in this country until retiring to Rome, where the American Academy had offered Milles a studio, in 1952. Following his return to the European continent, Milles also spent a considerable amount of his time at Millesgarden, his property on the island of Lidingo in Sweden, where he died in 1955.

Millesgarden today is open to the public, and houses numerous examples of his work. In the United States, Milles' sculptures can be seen in such places as Saint Paul, Minnesota (Monument of Peace), Philadelphia, Pennsylvania (The Astronomer at the Philadelphia Museum of Art), and Brookgreen Gardens in South Carolina (Aganippe, The Fountain of the Muses). Carl Milles was honored throughout Europe and the United States during his lifetime with many awards and prizes including: an honorary doctorate of Humane Letters from Yale University in 1935, gold medals from the American Institute of Architecture and the Architectural League of New York in 1938, and honorary membership in the Royal Academy, London, England in 1940. Additionally, Milles was granted an honorary doctorate in Philosophy from the University of Stockholm in 1955. 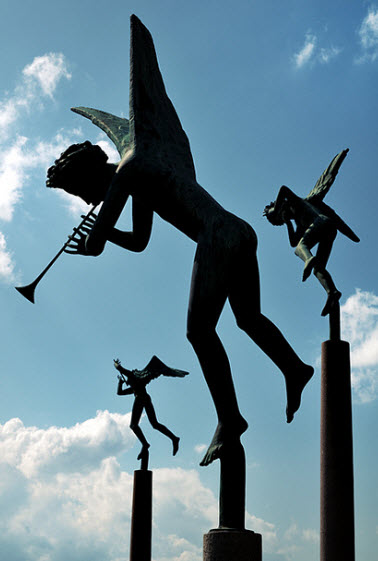 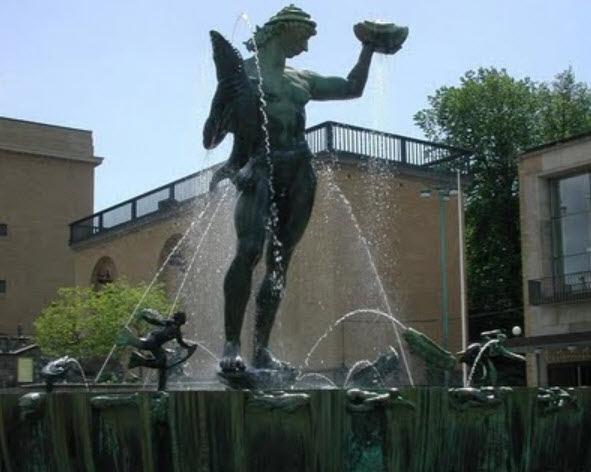