Giuseppe Arcimboldo (also spelled Arcimboldi; 1527 - July 11, 1593) was an Italian painter best known for creating imaginative portrait heads made entirely of such objects as fruits, vegetables, flowers, fish, and books - that is, he painted representations of these objects on the canvas arranged in such a way that the whole collection of objects formed a recognisable likeness of the portrait subject.
Arcimboldo was born in Milan in 1527, the son of Biagio, a painter who did work for the office of the Fabbrica in the Duomo. Arcimboldo was commissioned to do stained glass window designs beginning in 1549, including the Stories of St. Catherine of Alexandria vitrage at the Duomo. In 1556 he worked with Giuseppe Meda on frescoes for the Cathedral of Monza. In 1558, he drew the cartoon for a large tapestry of the Dormition of the Virgin Mary, which still hangs in the Como Cathedral today. 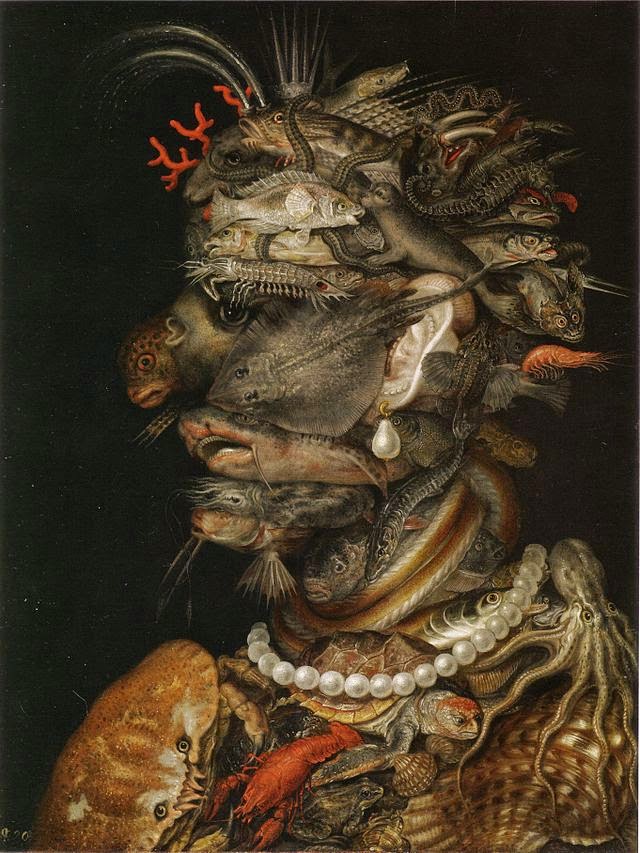 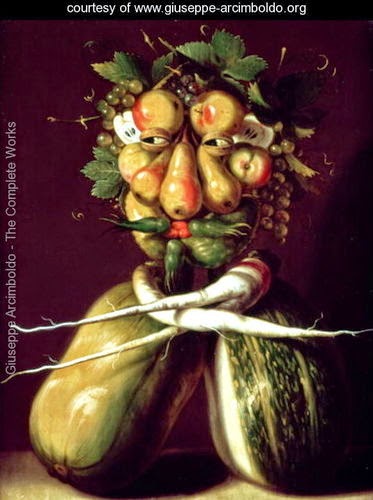 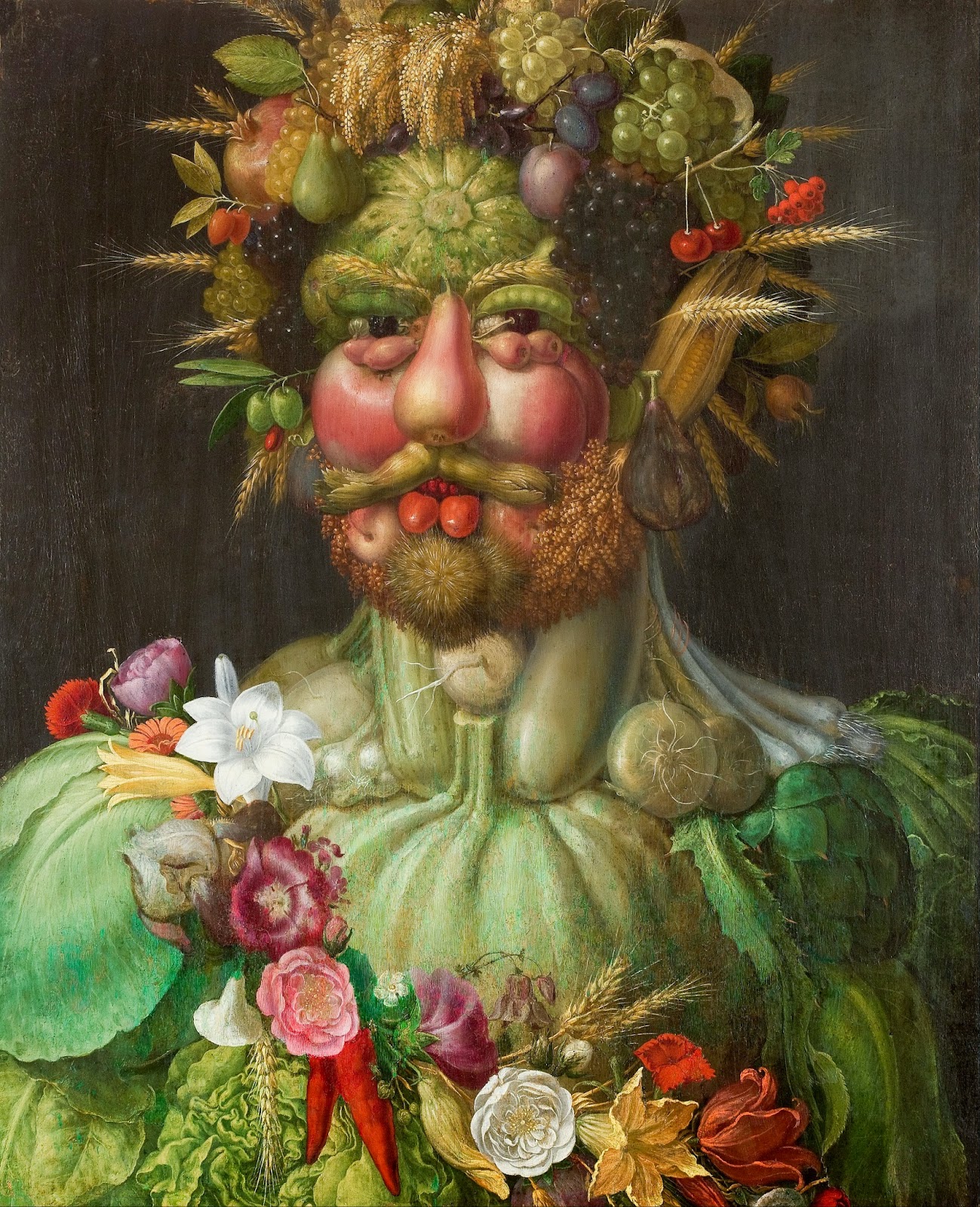 more: http://en.wikipedia.org/wiki/Giuseppe_Arcimboldo
Posted by art wonder every day at 03:45