"I stressed the love situation and I still think I was right. Because its very disturbing to speak about love. People think that either you are a little bit ethereal or that you are not aware that there are struggles and hate and violence in the world and so on. Or that you are a little bit religious or something like that. Love has become the modern obscenity, it’s more obscene than sex, you can talk about sex and violence and that’s OK; everybody knows that exists, but love is too strange" ( Julia Kristeva)

Going to the beautiful places as Eaton Hall and garden or Chatsworth  for me is…some kind of searching for a “beliefs”, perfect society, aesthetic pleasure, beauty…serenity…love...
What is common between art, beliefs and desire to create and enjoying the beauty?
I don’t know exactly how describe my feelings and desire for wanderlust and to see beauty.
I am an artist.
I heard so many times the phrase: “Art is my religion”
Can I say it about myself?
Probably I can…
What is “religion”?
It is confusing.
It has its common denominator - religion and its implication in people life. Word “religion” comes from the Latin word "religare", meaning - to bind. To be bound by faith?
That is religion?
I am not remotely religious at all and class myself as a Humanist.

“Humanism is a process of permanent refoundation, that develops through the ruptures that are innovations. Memory does not regard the past: the Bible, the Gospels, the Koran, the Rig Veda, the Tao, live in the present. In order for humanism might develop and re-found itself, the moment has come to take up again the moral codes built throughout history: without weakening them, in order to problematize them, to renew them in the face of new singularities”
(http://www.kristeva.fr/assisi2011_en.html)

Do I need to be “bound” with other people with the same beliefs? Sometimes – yes.
Usually it is not the same religious beliefs people but arty people. People who create.
What is in common between art and religion?
Religion is made up entirely and used to "explain" things people don't understand, give people hope from a miserable life when they die and… to scare the masses.
"Religion is the opiate of the masses" wrote Karl Marx
If people didn't have something to believe in, they would have no reason to behave themselves. They would go around killing, stealing, etc… because they would have no "higher power" to answer to.

The more I think about it the more confused I become...

Did people twist religion into a reason to hate each other?
I don't want to categorize myself under any religion but I have faith and believe.
How difficult to pick a religion?
They all seem to have the same goals and messages, isn’t it?
I have found myself thinking about religion and church that it is much like a cult. If you go to a religious ceremony and sit-stand-sing-chant...

I have not met a single person that does not categorize themselves under some form of religion, even atheists and agnostics are still groups of people who all believe in the same thing, which would be a religion of a sort.
I went to church because I've been on a search to see if any religions appeal to me…
So far no... but I do have beliefs.
My religion would be a mix of like Catholicism, Christianity, Humanism, Art… Mother Nature…all sorts, because I do not necessarily believe that any one religion is wrong, they all have appeals to me.
I am wondering why it is that people feel the need to label their beliefs?
There is nothing wrong with respecting Mother, Mother Earth and Mother Nature and believing in the energy of the universe…
I suppose religion for too many people just seems like it isn't even about God, it isn't even about being a better person and believing, it is about rules and regulations and going to church and praying and hating everyone who isn't exactly like you....
My confusion is that shouldn't it not matter what you believe, as long as your beliefs make you a better person?
Having a set religion makes people feel less alone?
But why claim to be religious and then hate others for not being exactly like you?

Maybe religion is important for people because it deals with the most important questions like 'What is the purpose of life?', 'Why am I here?'
Maybe the answer is “to create”?
Religion has done much to divide and hurt humanity.
A true religion and beliefs would have to be true.
“True”…
What is “true”…where is “true”…?
Religions are irrational belief systems.
No one has evidence why their god-beliefs are true while other god-beliefs are false?
Atheists don't have any god beliefs at all, which eliminates irrationality from their belief system.

Words have meaning.
Can or cannot people change the meaning of words to suit their beliefs?
Is religion the main source of morals and values today?
I feel like mother and family is the main source of morals and value.
It is a woman – mother - who teach her child about humanity from the beginning, woman-mother who “feed, guard and teach the human race”.
Woman is the creator!


What's the importance of art and creativity in relation to reality and life?
It can be simply saying to appreciate art as it is an expression from the soul. Most people that believe in God say that it's to enjoy, understand and respect the beauty of God's creations.
But how to answer this question if I want to stay away from religious meaning of art?
Art is an emotional expression to communicate a complex idea that's too complicated for people to understand it logically.
Art can show ideas that language can't show.
Art is to help us understand the beauty in everything and view the different viewpoints of reality. In understanding things in many perspectives we gain more insight.
Art is to enhance people ability to mentally create ideas creatively. Creative intelligence is useful in creating new inventions, methods and problem solving. Creativity has a higher limit than plain knowledge.
Art can be useful in understanding reality and life.

“The humanism of the twenty-first century is not a theomorphism. Neither "value" or ulterior "end", Man with a capital M does not exist. After the Shoah and the Gulags, humanism has a duty to remind men and women that if, on the one hand, we retain ourselves to be the only legislators, it is uniquely through the continuing questioning of our personal, historical and social situation that we can decide for society and history. Today, far from deglobalization, it is necessary to invent new international rules to regulate and control the finance and the global economy and finally to create a world authority based on universal ethics and solidarity.”
http://www.kristeva.fr/assisi2011_en.html

"Man does not make history, we are history. For the first time, homo sapiens is capable of destroying the earth and himself in the name of his beliefs, religions or ideologies. Similarly, for the first time men and women are able to reassess in total transparency the constituent religiosity of the human being. The diversity of our meeting here in Assisi, shows that this hypothesis of destruction is not the only possible one. No one knows what human beings will follow us, we who are engaged in this unprecedented anthropological and cosmic transvaluation. The re-founding of humanism is not a providential dogma or a spirited game, it is a gamble.


The age of suspicion is no longer enough. Faced with increasingly grave crisis and threats, the time has come to gamble. We must dare to bet on the continuous renewal of the capacity of men and women to listen and learn together. So that, in the "multiverse" surrounded by a void, mankind can continue to pursue his creative destiny for a long time to come"


"So when the great word 'Mother!' rang once more,
I saw at last its meaning and its place;
Not the blind passion of the brooding past,
But Mother -- the World's Mother -- come at last,
To love as she had never loved before --
To feed and guard and teach the human race." (Charlotte Perkins Gilman ) 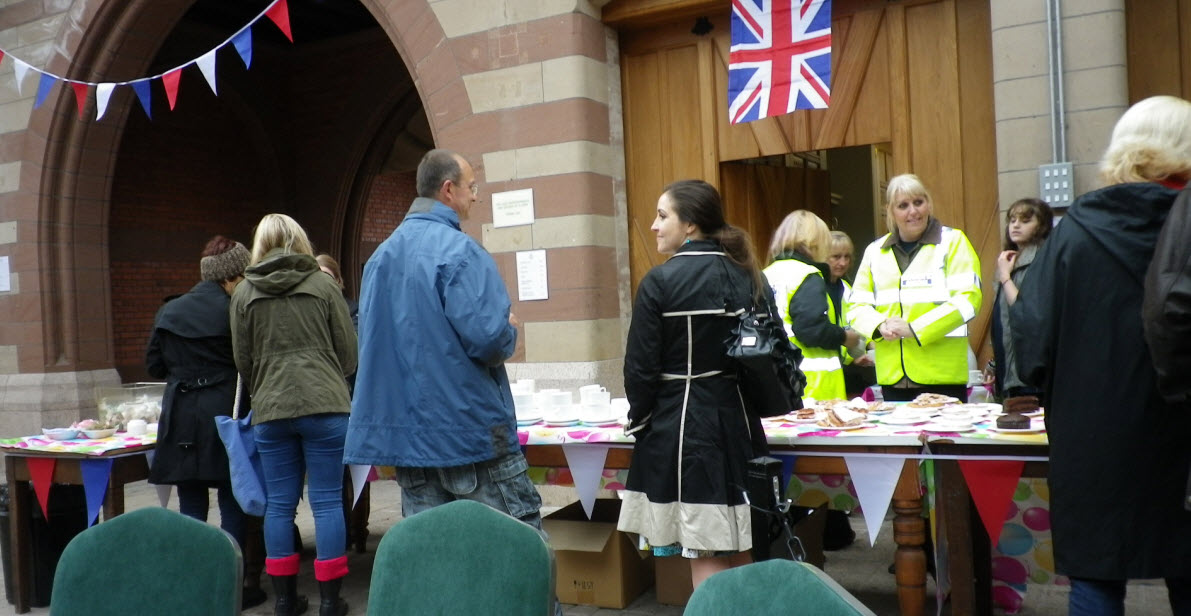