The artist, musician, film-maker and activist will be answering your questions next week. What would you like to ask?


Why do some people hate Yoko Ono?

Most people see her as the person that broke up the best loved Band in the world.  I dont think she was the only reason they broke up.


Many people somehow fantasize that the Beatles would have stayed together and continued to make ever more incredible music forever and ever instead of breaking up. Yoko in some people's minds prevented that. I don't think it's true. I think they were moving in different directions artistically - John, Paul, & George - and the group could no longer contain them. Yoko is unfairly blamed in my opinion, but she's been a public figure and so has become a kind of lightning rod for the disappointment. Not that she has done anything to endear herself to the fans either.

She came between John and Paul in the 70s. She told the people who worked for John not to tell him that Paul had called.
When John had his whole lost weekend thing he was close to getting The Beatles back together (not sure that would have been a good thing) but instead he went back to Yoko. It's obvious what Yoko's influence was on John, just listen to his music. She was brought into the studio with the other Beatles and I am sure that didnt sit well with the others. She has remixed John's solo work and pulled the original mixes.  I think the remixes are pretty good for the most part, but some fans want the originals too.
She put her music on John's albums, to the point where half the album was hers and the other half John's.
She is the dominate type and some people dont like her influence on John.
Why do people hate Yoko? Because John died and she lived. He's not around to defend her anymore so she's fair game.
She made John happy.

Yoko Ono the Artist has been recognised and awarded for her contributions within the Art community.
She is in her 70's and still caring about people in this cruel world, give her a break! What has anyone ever done for Yoko?
Not much, in comparison to what's been done to her. Give Peace a Chance.
Yoko Ono looks better than Paul and Ringo in old age in my opinion.
Yoko isn't a perfect, nor is she a saint, she is what she is - Yoko.
The one reason some people didn't like her was maybe because she was where she didn't belong, in the studio with the Beatles, but with that said, Linda didn't belong there either.
Calling her an ugly and stupid is just plain ignorance and arrogance, Beatle's fan or not.
I have found her art enjoyable, but to each their own.

Yoko could write pretty good lyrics and  she is very intelligent, but only probably her husband John and her biggest fans could enjoy her singing.
It caused tension when she came to the studio and set up her bed at Abbey road studio.
She was faithful to John and helped him deal with his fame.Also her son Sean is a very intelligent man and has some talent.
Strawberry Fields in New York was set up by Yoko and the Bus that travels around to help children learn about music.  I saw it on TV a couple of days ago.
She protects John's legacy.
She did make sure Strawberry Fields memorial was dedicated to John and she gave John a son and she supports the same causes John would support if he were still here like the traveling Bus that takes musical instruments to unfortunate children and teaches them music.She and Paul and Ringo have all made Peace and she proudly was there with them.  Yoko Ono who just happened to be married to John and was his choice for wife and soulmate.
Yoko Ono once was asked -  if it offended her to be called a 'Dragon Lady'?
Her reply was - 'Not at all, because a Dragon is pictured to be very strong and yes controling with great strenght'
She was no Saint and has done some things that were strange and unusual but she still fights for Peace and brotherhood of man. She is still an artist in her own way and still loves John in her heart I believe. 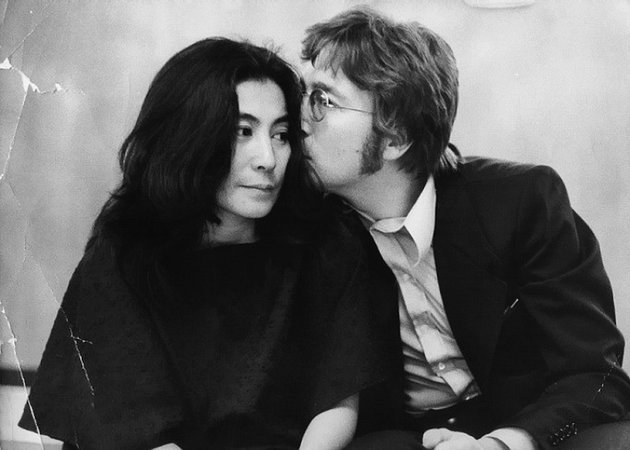 Yoko Ono: “I have so much love because the whole world hated me”: