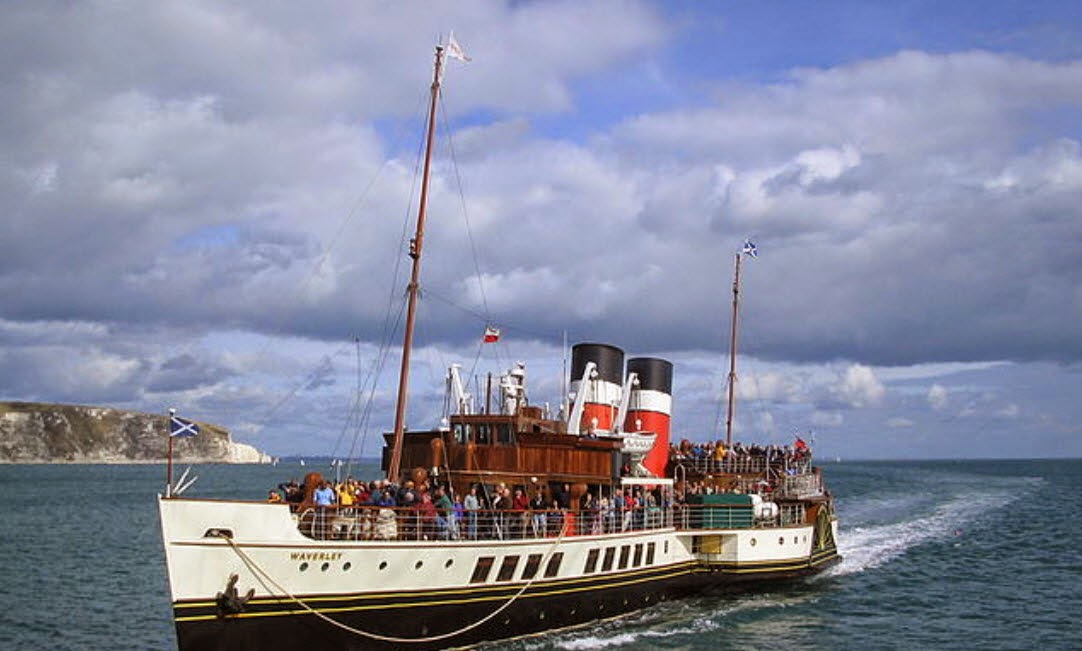 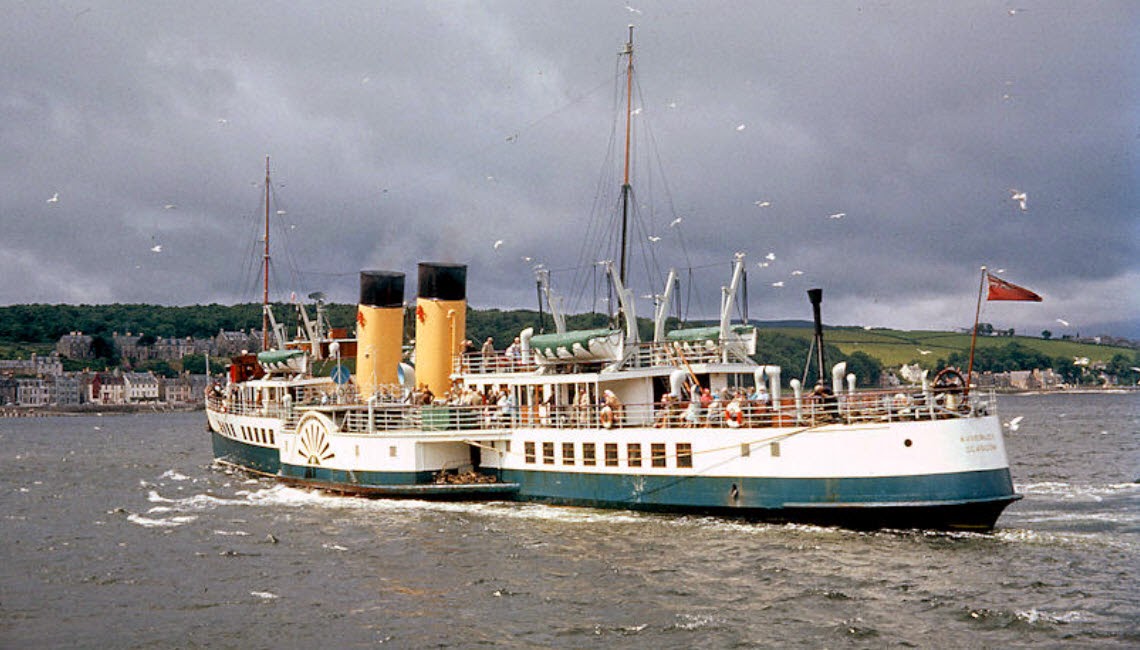 
Named after Sir Walter Scott’s first novel, Paddle Steamer Waverley was built on the Clyde in 1947 – to replace the original Waverley that sunk off Dunkirk during active war service in 1940.

Waverley was originally intended to sail only between Craigendoran & Arrochar in West Scotland. She now sails right round Britain offering regular trips on the Clyde, the Thames, South Coast of England and the Bristol Channel with calls at Liverpool & Llandudno.

Waverley is the world’s last sea-going paddle steamer. In 1975, at the end of her working life, she was famously bought for £1 by the Paddle Steamer Preservation Society. Waverley Steam Navigation Co. Ltd, a charity registered in Scotland, was set up to operate the ship. Waverley then began a second career as one of the country’s best-loved tourist attractions. Since she has been in operational preservation she has been awarded four stars by Visit Scotland, an engineering heritage award, and has carried over 5 million passengers from over 60 ports around the UK.

2003 saw the completion of a major restoration project, which returned Waverley to the original 1940s style in which she was built. This was made possible with major grants from the Heritage Lottery Fund and the PSPS. Contributions also came from Glasgow City Council, Scottish Enterprise Glasgow, the European Regional Development Fund and local authorities.
Paddle Steamer History

In 1812, when Henry Bell’s paddle steamer Comet became the world’s first commercial steamship to operate in coastal waters, a tradition was started which remains alive today only in the form of the world’s last sea-going paddle steamer, Waverley.

From the 1860’s onward, paddle steamers developed an important niche in the coastal passenger and excursion trade. Large fleets served the cities, towns, villages and resorts of the Firth of Clyde, the Bristol Channel, the South Coast of England, London and the Thames Estuary.

Paddle Steamers also made a significant contribution to the war effort as minesweepers in both World Wars, and indeed Waverley is named after the previous Waverley who performed a heroic role at Dunkirk in May 1940 before being sunk by enemy action.

With a few exceptions, the Clyde steamers were owned and operated by railway companies. These were largely commuter ferries linking all the villages with the nearest railhead for onward travel. 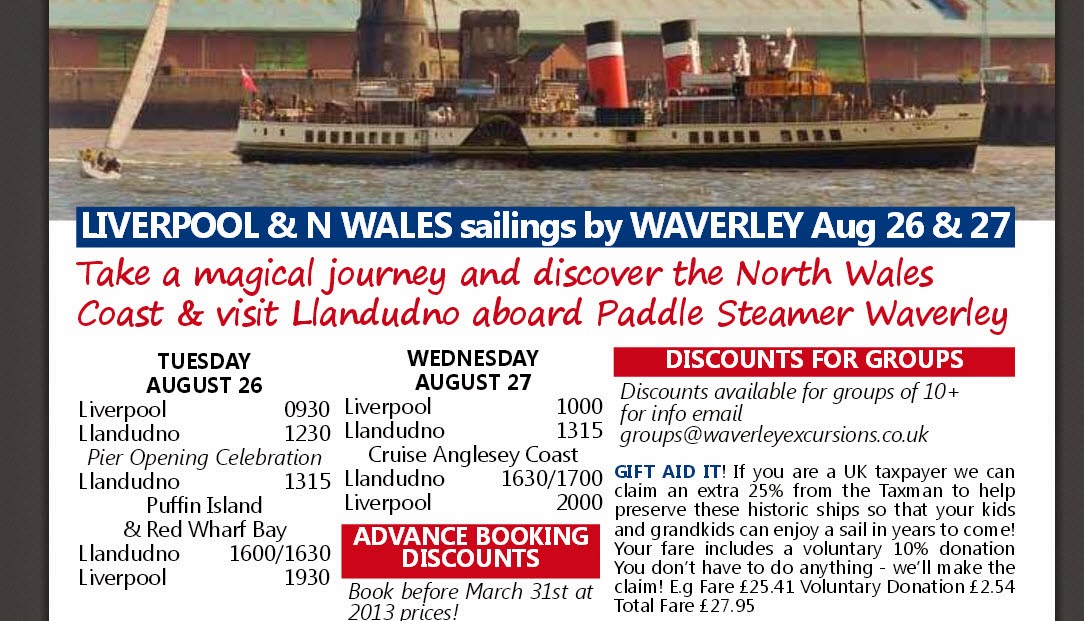 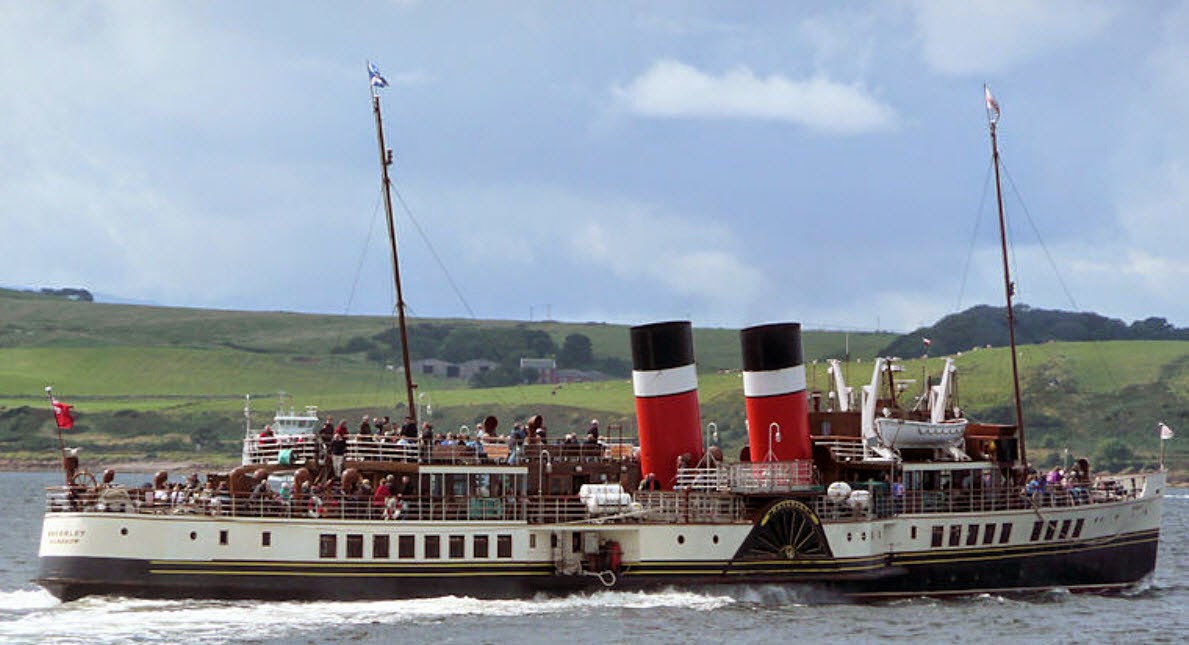 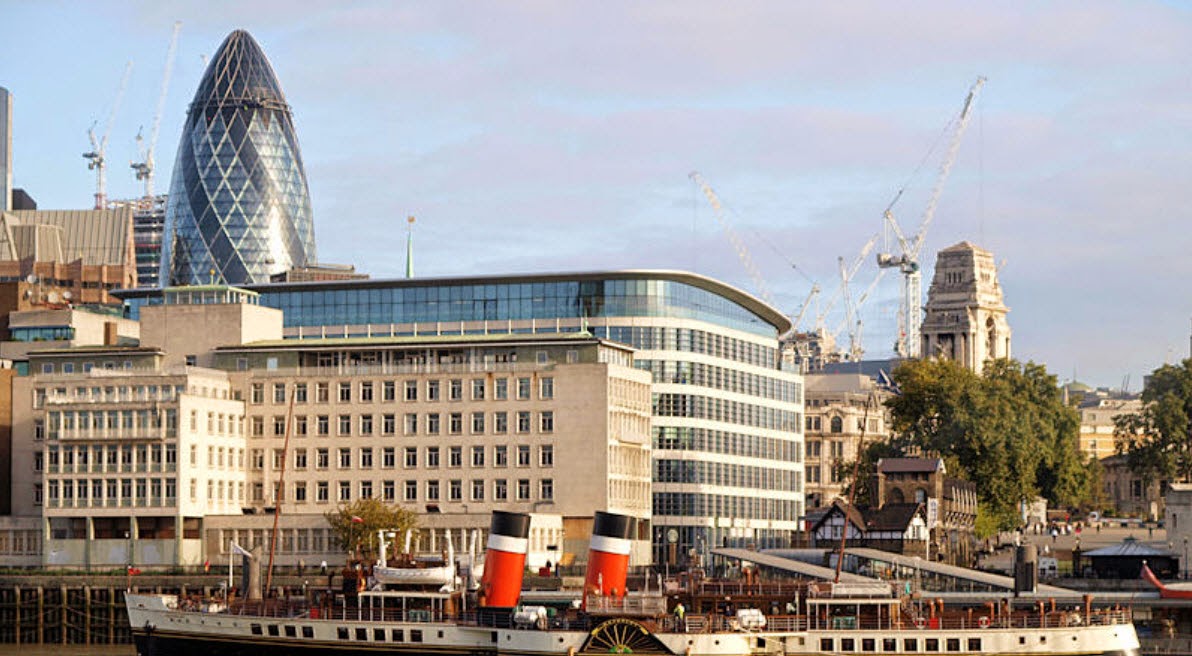 Above: At London Tower Pier 2 October 2009 prior to a cruise to Southend and the River Medway


The paddle steamer Waverley is the last sea going paddle steamer in the world. For details of the ship, the Paddle Steamer Preservation Society and her current sailing schedule please click here. The Waverley's own site is impressive and gives much more information than I have the space to here but, in common with the rest of my site I give a cameo of her below;
Waverley was launched on 2 October 1946 and commenced her first passenger sailing on 16 June the following year. She replaced her "North British" namesake who was lost whilst assisting in the Dunkirk evacuations of 1940. The new Waverley achieved 18.5 knots on her trials and was originally a coal burner, but she was converted in 1957 to run on heavy fuel oil. She was built for the cruise up Loch Goil and Loch Long, which was part of a "Three Lochs Tour", which included a trip on one of the Loch Lomond steamers. She has seen a number of colour changes in her time and is shown here in her present WSNCo colours. Gradually, Waverley's fleetmates began to be withdrawn and by 1973 she was the sole survivor of a once considerable paddle fleet. It was decided that she was no longer a viable concern and mechanical troubles in that year had led her operators, the Scottish Transport Group, to lay her up for disposal. Due to the enterprise and foresight of the Paddle Steamer Preservation Society, she was purchased by them for a token £1. Her story since then is well documented and she has been seen all round the British Isles since. She now has a wonderful and imaginative sailing programme every year. With support from the members of the Society and the Heritage Lottery Fund she has been extensively overhauled and reboilered, being restored as closely as possible to her original condition.
Long may she continue to grace our piers, wharves and jetties!

From Wikipedia, the free encyclopedia
Claude-François-Dorothée, marquis de Jouffroy d'Abbans (30 September 1751–18 July 1832) is claimed to be the first inventor of the steamboat.
In 1773, Jouffroy d'Abbans met with the Perier brothers and studied in their workshop the Pompe à feu (Fire pump), which had been used as a motive force for the hydraulic machine developed by Chaillot, in order to apply to ship propulsion.
In 1776, Jouffroy d'Abbans develop a 13 meter steamship, the Palmipède, in which the engine moved oars equipped with rotating blades. The ship sailed on the Doubs in June and July 1776.