In retrospect, it seems absurd that the United States government felt so threatened by the presence of John Lennon that they tried to have him deported.
But that's what happened, as chronicled in directors David Leaf and John Scheinfeld's The U.S. vs. John Lennon.
The film starts slowly, with a familiar look at the former Beatle's troubled childhood, his outspokenness as one of the Fabs ("We're more popular now than Jesus Christ," etc.), and his eventual hook up with Yoko Ono, paralleled by the growth of political protest in '60s America, particularly against the Vietnam War. 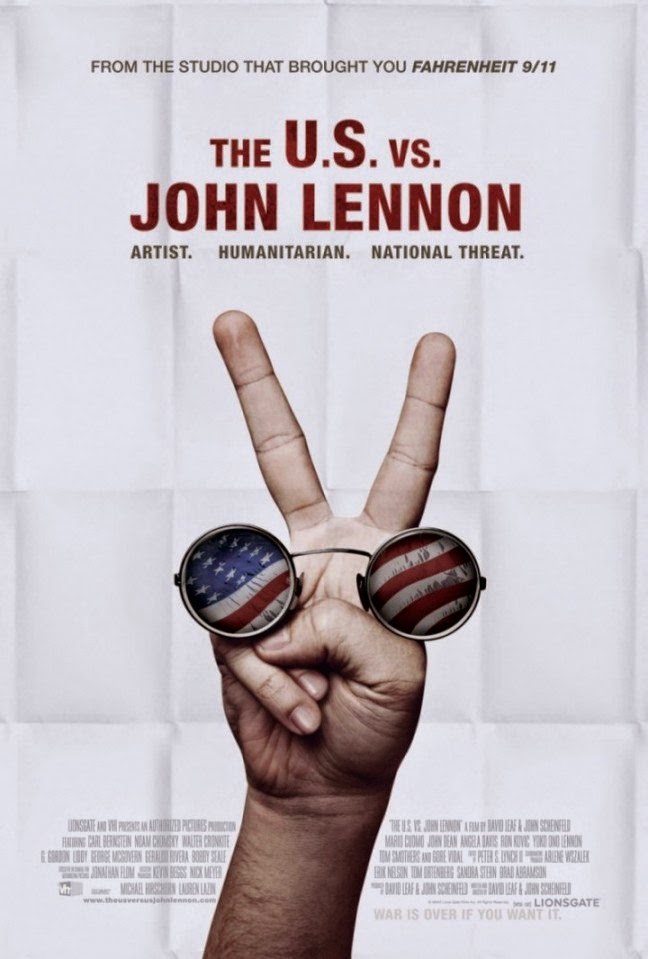