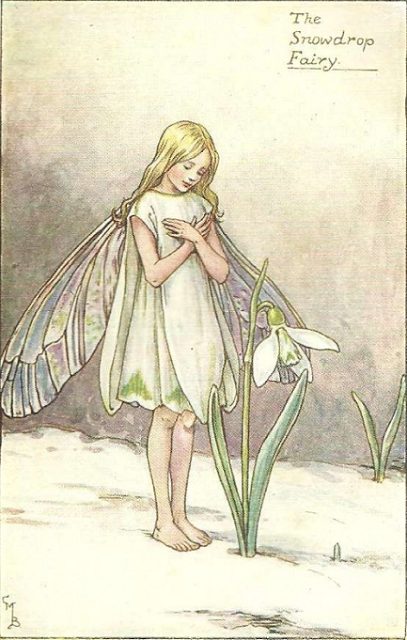 “Beautiful Flower!” said the Sunbeams, “how graceful and delicate you are!
You are the first, you are the only one!
You are our love! You are the bell that rings out for summer, beautiful summer, over country and town.
All the snow will melt; the cold winds will be driven away; we shall rule; all will become green, and then you will have companions, syringas, laburnums, and roses;
but you are the first, so graceful, so delicate!” 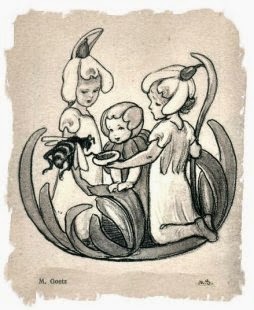 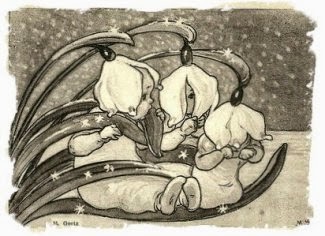 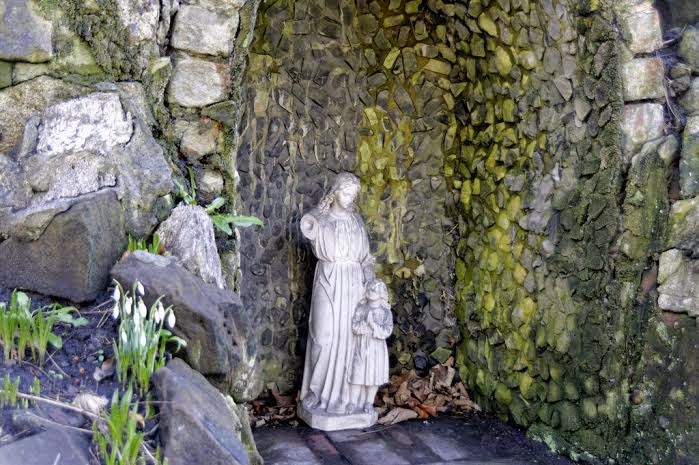 
A Christian Folk Myths and tales about Snowdrops.


Snowdrops are the symbols of the spring and these first fragile flowers are starting blooming right from the snow and the first mention of the common name 'Snowdrop' in its modern form comes from the latin 'Galanthus nivalis', clearly classified by Carl Linnaeus, a Swedish botanist, in his book 'Species Plantarum' (1753), also it called - Galanthus - which means - milky flower (“gala” – milk, and “anthus” – flower).

According to a legend - you can hear the ringing of the snowdrop's bells - it are ringing to wake up after winter sleeping nature.

Another old Christian legend tells a tale of Adam and Eve, at the times when they were expelled from the Paradise. It happened on a cold day, during a heavy and frosty snowstorm.
The Creator says: 'You must leave this place, it is no longer yours as a privilege.'
Giving them no time to wonder or delay, the sheer magical strength of him compelled them to move - descending the unfamiliar path towards all that was unknown, nameless, outside.
When Eve was about to give up her hope, an angel appeared and turned some of the snowflakes into snowdrop flowers.
- Take a sign of hope, - he called, - a sign for your kind and for the earth outside.

This is how Snowdrops became a symbol of hope.

Another interesting legend mentions the goddess of nature, Flora, gave carnival costumes to all flowers, including a white one for Snowdrop and Snow. They shared they carnival costume, danced and sung together, having a lot of good time. At the end of the carnival they both liked each other so much that they agreed to meet every year in the springtime.

An old Russian legend mentions a Grandmother Winter, Grandfather Wind and Cold who decided not to let the Lady Spring come to Earth. All of the flowers, except Snowdrop, became scared of Winter and wilted away. The Snowdrop was the only brave flower to show its petals from snow, which warmed the soul of a Sun, helping the Lady Spring arrive and conquer the cold. 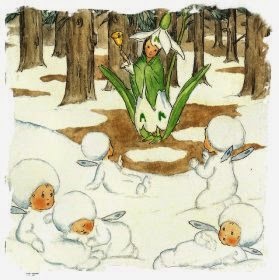 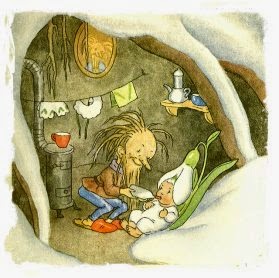 Snowdrops are native flowers of Switzerland, Austria and of Southern Europe.

A many legends about the origin of the snowdrop tell us that after being expelled from the Garden of Eden, Eve sat weeping. An angel comforted her. Since the Fall, no flowers had bloomed, but snow fell ceaselessly. As the angel talked with Eve, he caught a snowflake in his hand, breathed on it, and it fell to earth as the first snowdrop.
The flower bloomed and Hope was born.

In Germany there is a different snowdrop legend. When God made all things on the Earth, He asked the snow to go to the flowers and get a little color from them. One by one the flowers refused. Then, very sad, she asked a snowdrop to give it a little of its colour and the snowdrop accepted. As a reward, the snow lets it bloom first whenever spring shows.

Years ago snowdrops were dried and transported to European shops from Turkey. Monks brought snowdrop bulbs from Rome to England and were the first to plant them around old monasteries. Because of this snowdrops became known as the church flower. Traditionally on Candlemas (Feb.2) the image of the Virgin Mary was taken down and a handful of snowdrop blooms were scattered in its place. Their presence in churchyards generated an unlucky reputation as time went on.

Every spring on March 1, the national Moldovan holiday, is celebrated. On this day people present each other with the traditional flowers. One of the old Moldovan legend says that once in a fight with the winter witch, that didn't want to give up its place, the beautiful lady Spring cut her finger and few drops of her blood fell on the snow, which melted. Soon on this place grew a snowdrop and in such a way the spring won the winter.

According to superstitions it is unlucky to bring snowdrops indoors and the sight of a single snowdrop blooming in the garden foretells of impending disaster. It is regarded as an omen of death despite its beauty. It symbolizes purity and hope in the language of flowers. 
2nd February - 'Candlemass' or 'The feast of White Purification' - a Christian festival, remembering Mary's purification in the Temple at Jerusalem.
It was believed in the past and still is in some parts of the world that a woman who has given birth is 'unclean' at around five weeks after the birth and by religious law, she must be ritually 'purified' in her place of worship.

Some centuries after the life of Jesus, candles were used in procession to celebrate the day. Still later girls in white dresses would join the procession and snowdrops were strewn about the chutch altar. Families would bring their own candle to the church and light it from a central flame, where it would be blessed.
The candle is used as a symbol, standing to remind the congregation that on that day Simeon held the baby and made a first reference to his being 'a light'.
(Luke 2: v29-32) 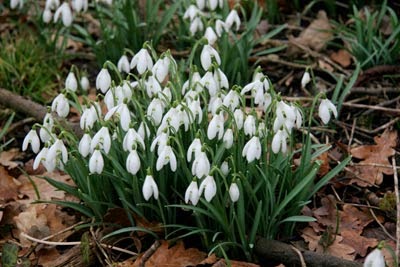