The huge and mysterious crypt it to have been a biggest Catholic Cathedral designed by Edwin Lutyens. This enormous cathedral would have had a dome larger than St Peter’s in Rome and at a stupendous 520 feet high, would have towered over Liverpool even today.
However - due to the Great Depression and the Second World War only the crypt was completed before the money ran out.
Frederick Gibberd’s 1967 building of concrete, steel and glass was obviously much less expensive to construct, and it is its challenging relationship with Sir Giles Scott’s Catalan Gothic splendour for the Protestant ship-owners - it is also affectionately known locally as "Paddy's Wigwam" or the "Mersey Funnel".
I love walking around this cathedral to enjoy the feeling of space and colour. The stained glass windows and banners and the diffuse coloured light make for interesting photography.
BBC TV’s Antiques Roadshow is about as British as it gets. It began in the 1970’s and it has been going very popular ever since and was filming for its 37th series in the Lutyens Crypt on 11 September, 2014.
Due to the fact we – me and my husband are an unbelievably inquisitive and curious and were keen to boost our knowledge about Britain, we decided to spend one day of our life in Liverpool Metropolitan Cathedral for the volunteering on filming of a episode of BBC's Antiques Roadshow.
We are very keen and inquisitive about everything "Very English Things".
Members of the public turn up on Antiques Roadshow clutching their precious objects - good, bad, indifferent and spectacular hoping for a “roadshow moment” in which they find out that the oddity which has been lurking unloved in the back of their garden or garage, or bought for fifty pence at a car boot sale, is more interesting or valuable than they thought. It makes good reliable, unthreatening television show as just about everyone has bric-a-brac in their homes which holds memories, emotions and associations. It is a show about antiques but more than that, - it is a show about people and their stories. The objects are often emotional triggers, gateways to the past.
Our job was to get people to the right appraisers.

The organization of the event was pretty impressive.
“Very British Things”!
Now it is key to remember that we must have been a pretty hardcore fans of “Very Unique British Things” to even have contemplated spending one of our day surrounded by old age English snobbish pensioners, but it wasn't until we came at early morning for our volunteering day as stewards at Roadshow, that we realised to what extent we actually love Antiques Roadshow and the fact we felt most at home surrounded by rather greying English geriatrics visitors and very nice and interesting BBC and Cathedral workers.
Can you imagine the variety of local characters and stuff that came into the Crypt doors? Truly you would be amazed!
Everything from mundane to fantastic, valuable to valueless, gorgeous condition to ragged and stained, handmade to Cartier came through the doors.
There was a large Antiques Roadshow team, implemented by local stewards from the venue and the hundreds of people-visitors who made their way through the Liverpool Metropolitan Cathedral crypt and we're shepherded and guided them with care and courtesy.
It was a mindset which ran through the whole day and it shone out of everyone who was involved.
People who are treated well will respond with patience and goodwill to a situation which might otherwise be pretty grim when you are asking people to queue for what may be several hours if you have brought a miscellaneous item.
To some people this would sound like some kind of boring, especially on a rare sunny day in the end of summer, but for us with art surrounding by English eccentrics...and in amazing Cathedral building with mysterious history and the sun shining and everywhere we looked there was another new 'English things' to scrutinise, we were in our element.
Leon and I just went to it because we felt it would be a fun and “Very British Things”, and that’s precisely what it was!
Also I met my university friend and asked her: “What old antique have you brought along?”
She replied: ”My father!”
Marvellous!


We weren’t the only one under sixty attending the roadshow as many young people decided to come along too.
Having had a snoop wandering around the miscellaneous items department, we noticed some antique rabbit and a beautiful doll, and also amazing old doll house!
An expert inspection valued the rabbit between £900-£1000 at auction!
And a doll house was worth about £5000!!!
Whilst volunteering, we managed to have a quick chat with presenter, Fiona Bruce.
For the rest of the day, we tirelessly guided the visitors and followed camera men, but also spying some amazing personalities, famous characters and marvellous antiques on the way.
For example an antique gold bracelet was valued at a whopping £4000!
Despite the long day and tiredness in the end of day, it was a fantastic day and a brilliant break from everyday routine life.
I found out at the end of the long day that the visitor number hadn't hit the amount they expected and if you do happen to be tuned in during the Liverpool Cathedral episode, be sure to look out for a tall blonde woman straining to get in front of the camera! 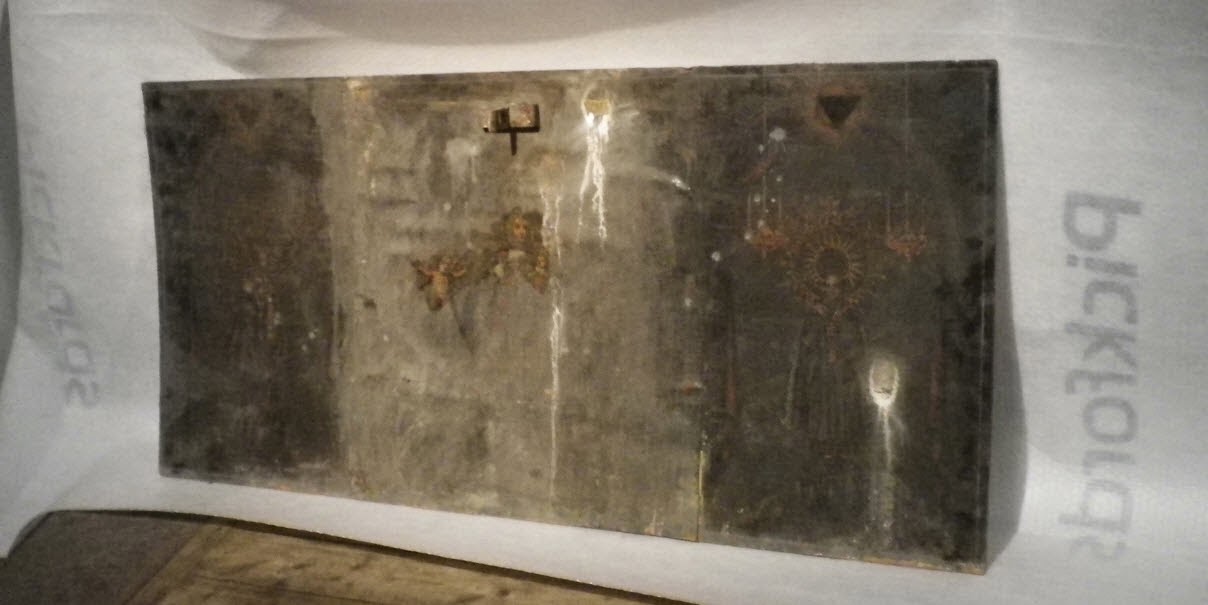