Malmö, a city in southern Sweden that is connected by bridge to nearby Copenhagen, has undergone an amazing transformation over the last 20 years. What was a place at risk of becoming a post-industrial city in crisis has instead become a thriving inspiration for Sustainable Development. Apparently at least 20,000 international guests have been attracted to the city, not to experience Malmö as tourists, but to experience Malmö’s approach to environmentally friendly architecture and urban development. Malmö is the flagship of urban sustainability for Sweden and has won numerous awards for this commitment from the United Nations, Worldwatch Institute, and others. 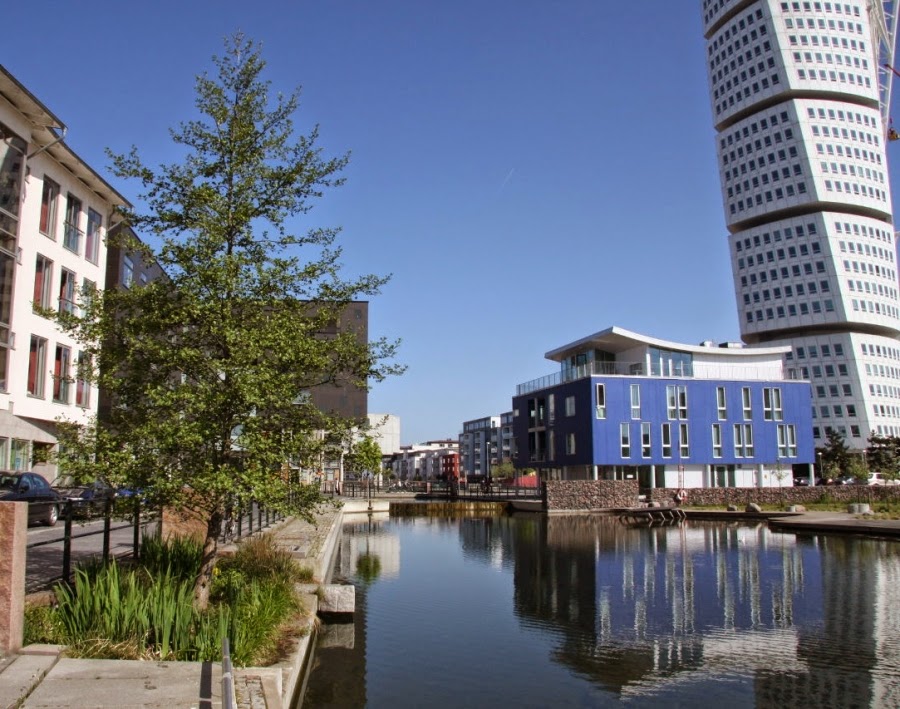 
The transformation began in the 1900s as Sweden made a massive investment in Malmö, because the once busy Kockums AB shipyard and Saab assembly plant had both closed down in the western harbor area, Västra Hamnen. In place of former industry, Malmö University and the Bo01 housing exhibition area were built, and Malmö is now focused on a service-based economy. Bo01, the sustainability-themed 2001 housing exhibition, is what sparked the journey to adopt progressive development principles citywide. Since the completion of Bo01 and the transformation of Västra Hamnen, the city has expanded its work for the environment to include the Augustenborg and the Sege Park districts.

As a municipality Malmö has also set some ambitious environmental goals: Malmö is expected to be sustainable by 2020, with pilot projects becoming the norm for the entire city; to be climate-neutral by 2020; and to operate on 100% renewable energy by 2030. The early dates for these goals are realistic simply because they are building on some successful large-scale projects.
Bo01 and Västra Hamnen


The planning, architecture, and sustainability approaches are all very well integrated into the Bo01 district. Architect and urban designer Klas Tham was inspired in part by medieval towns, and Bo01 manifests a contemporary version of that kind of compactness. The planning approach focused on a low, human scale; tightly arranged blocks; and variegated streets, parks, and buildings. The most interesting aspects of Bo01 are the way in which the blocks are skewed and distorted and the fact that the buildings on the perimeter are higher than those in the interior, giving a sense of enclosure to the complex of blocks. Different architects designed the buildings, and the resulting urban form is welcoming and invites biking and walking. The planning process also emphasized community participation. 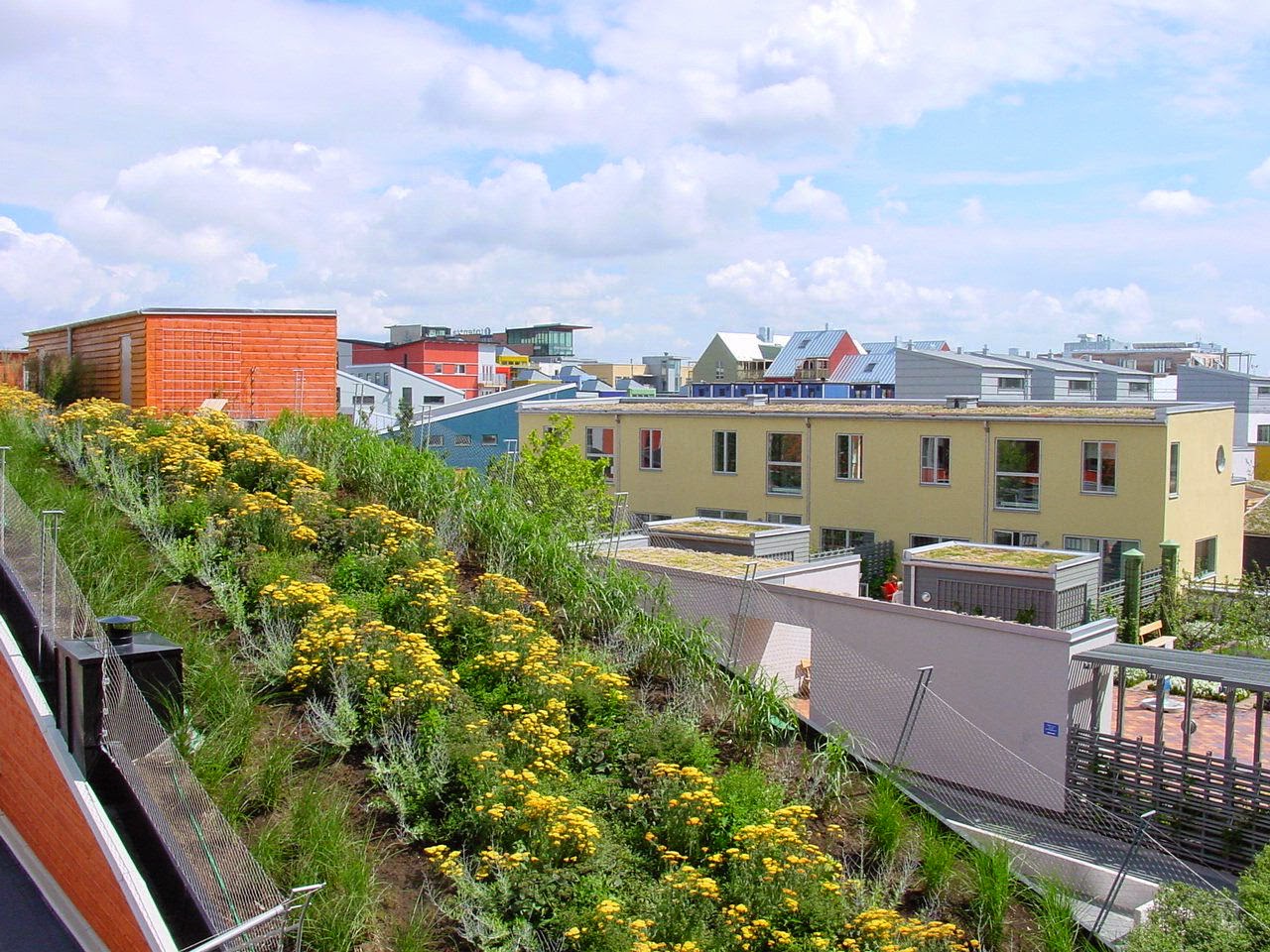 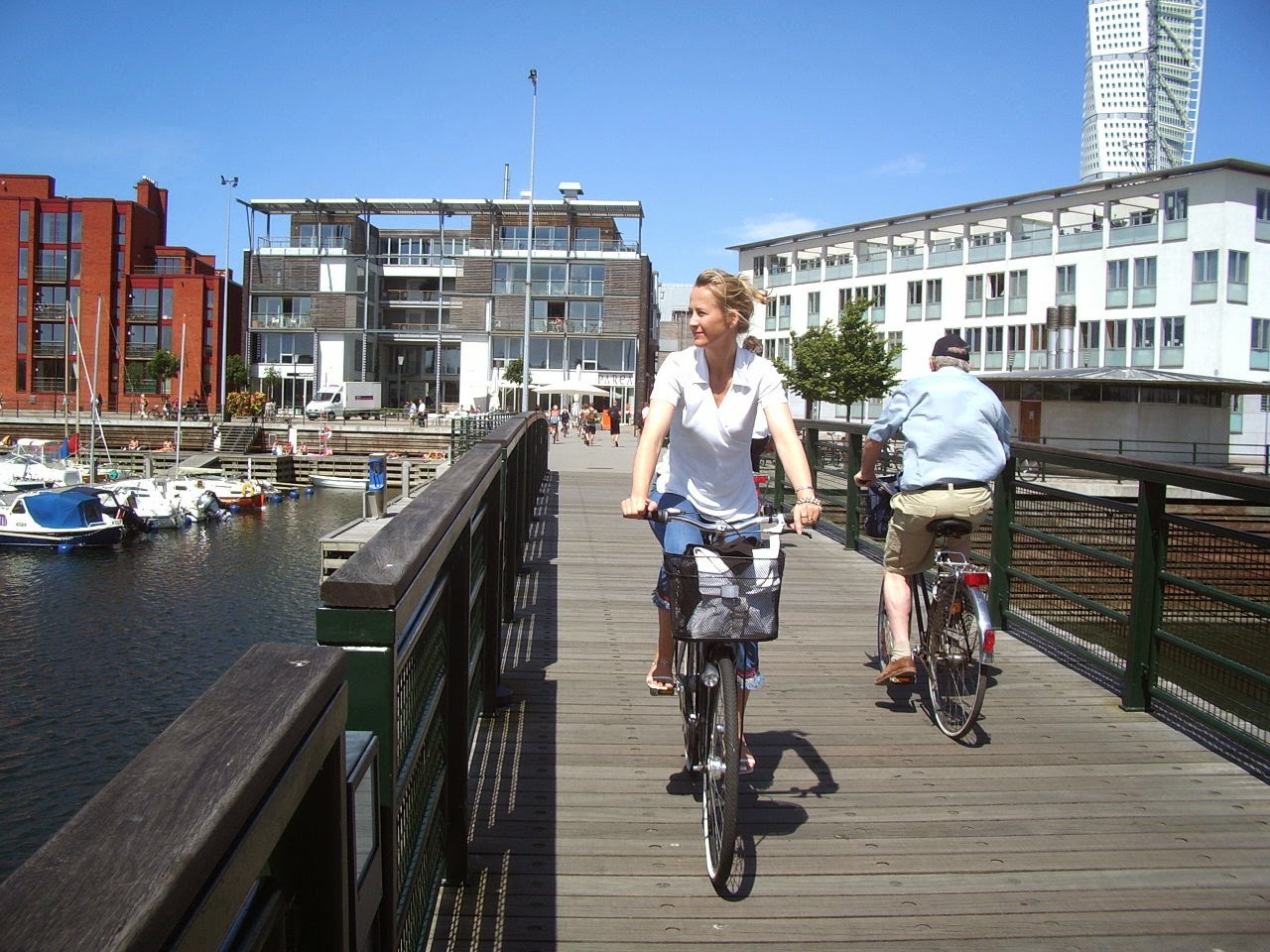 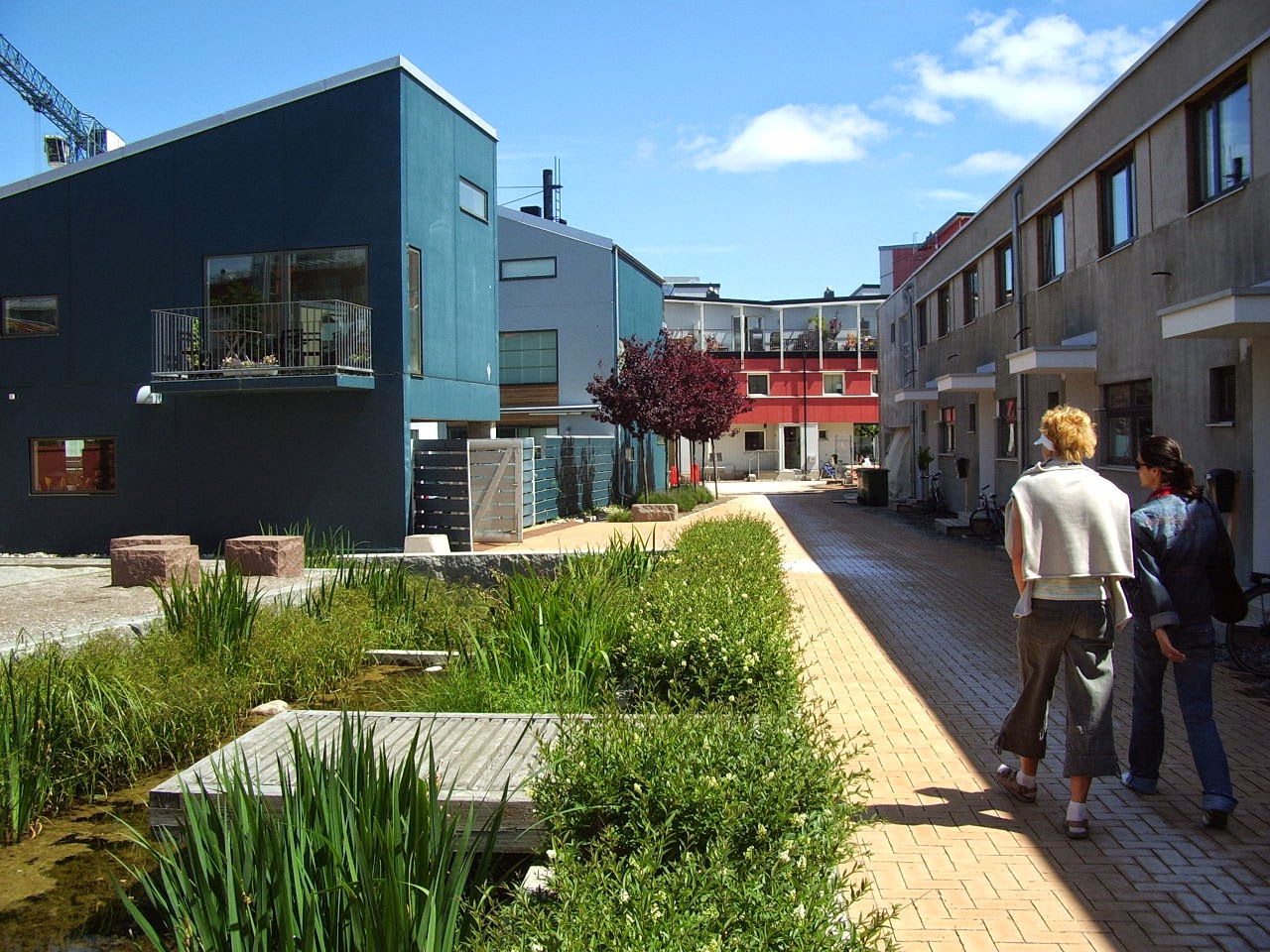 In terms of urban sustainability, Västra Hamnen is the first climate-neutral district in Sweden and uses 100% renewable energy. Energy is supplied by solar and wind power systems and geothermal heat pumps. Rooftops in the area frequently incorporate living roofs, solar power systems, or both. For those buildings that feature solar power systems, the sun supplies both electricity (photovoltaics) and hot water (solar hot water), feeding into the district heating system. Representing Sweden’s largest investment in wind power, the offshore Lillgrund Wind Farm is not so “lille,” with 48 large wind turbines generating 2.3 MW of electricity, enough to power 60,000 homes. For transportation, the area also offers an extensive bike path system and buses that are powered by natural gas/biogas.

Because the Bo01 site was formerly used for industrial purposes, the City of Malmö treated the polluted soil, then capped it with 5' of new clean soil, then planted bioremediators (i.e., plants that break down pollutants). The area also integrated some thoughtful, well designed parks and green spaces. The main promenade, called Sundspromenaden and designed by Jeppe Aagaard Andersen, runs along the coastline water edge and is expressed in wood. The Ankarparken, designed by Stig L. Andersson, on the other hand, is more intimate with its jaggedly undulating canal and path with trees in beech, alder, oak, and willow. The original exhibition also included a temporary “Secret Garden” conceived by West 8 with a mysterious, thicket-like pavilion. 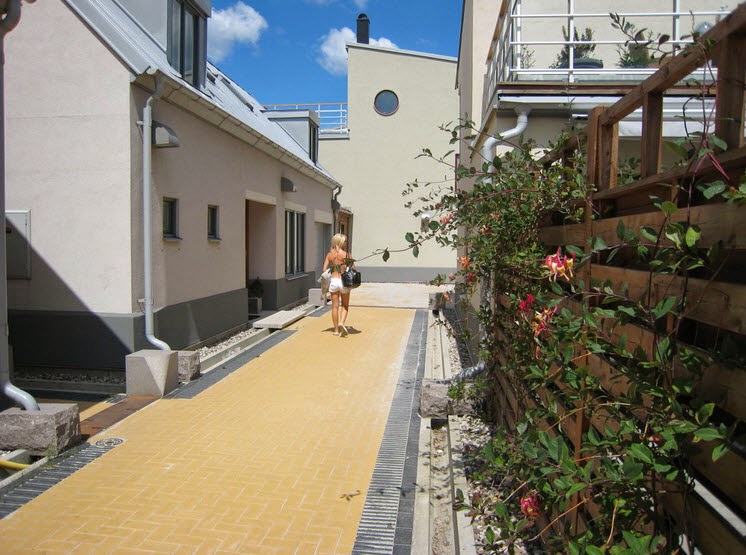 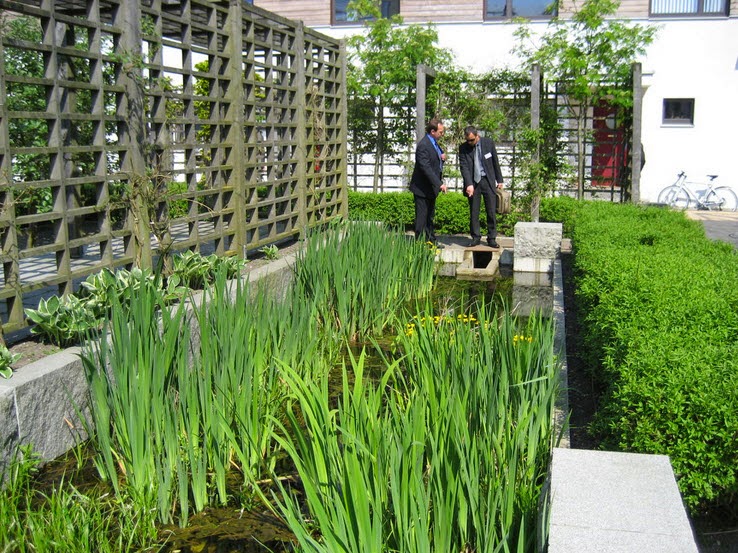 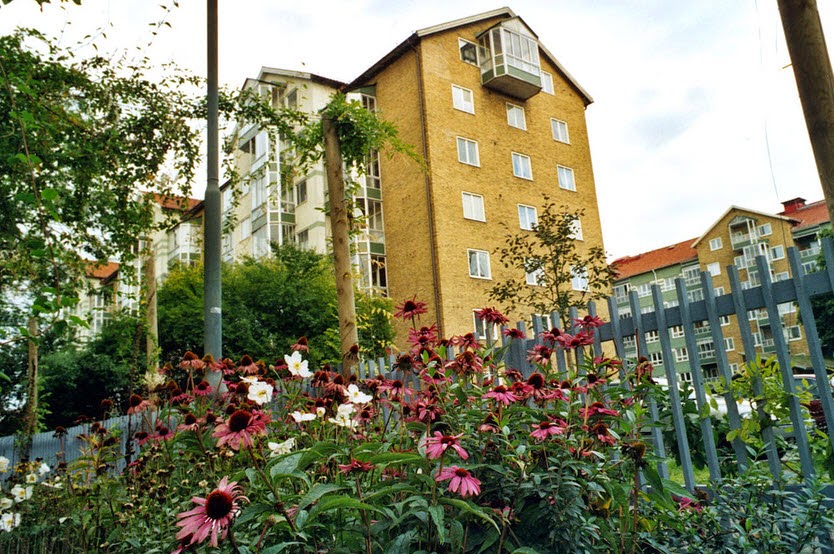 
my own pictures of amazing Malmo: 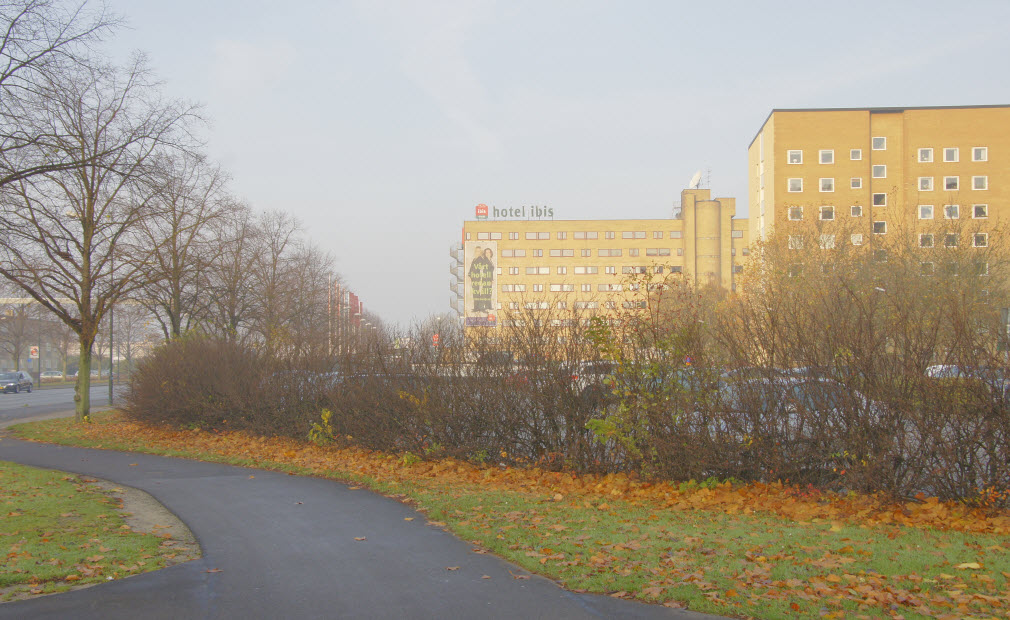 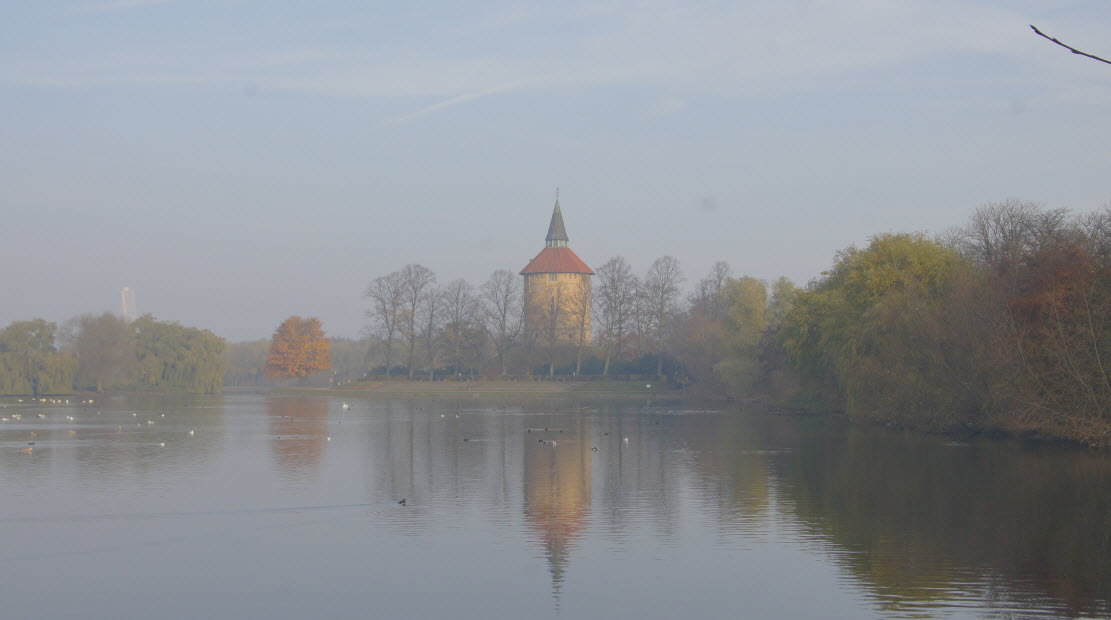 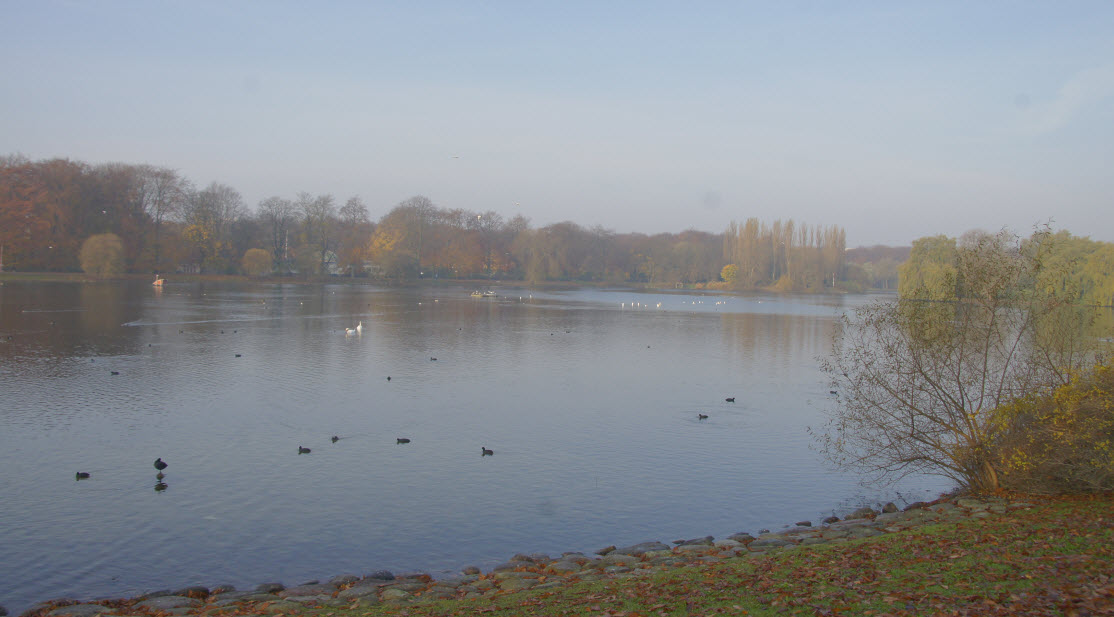 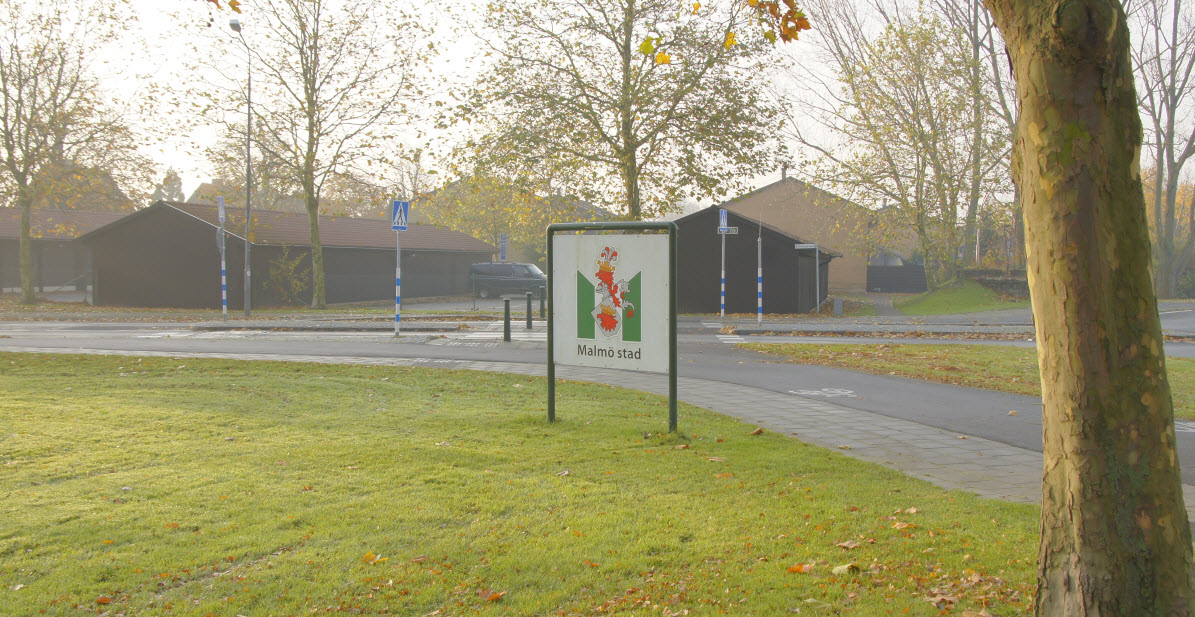 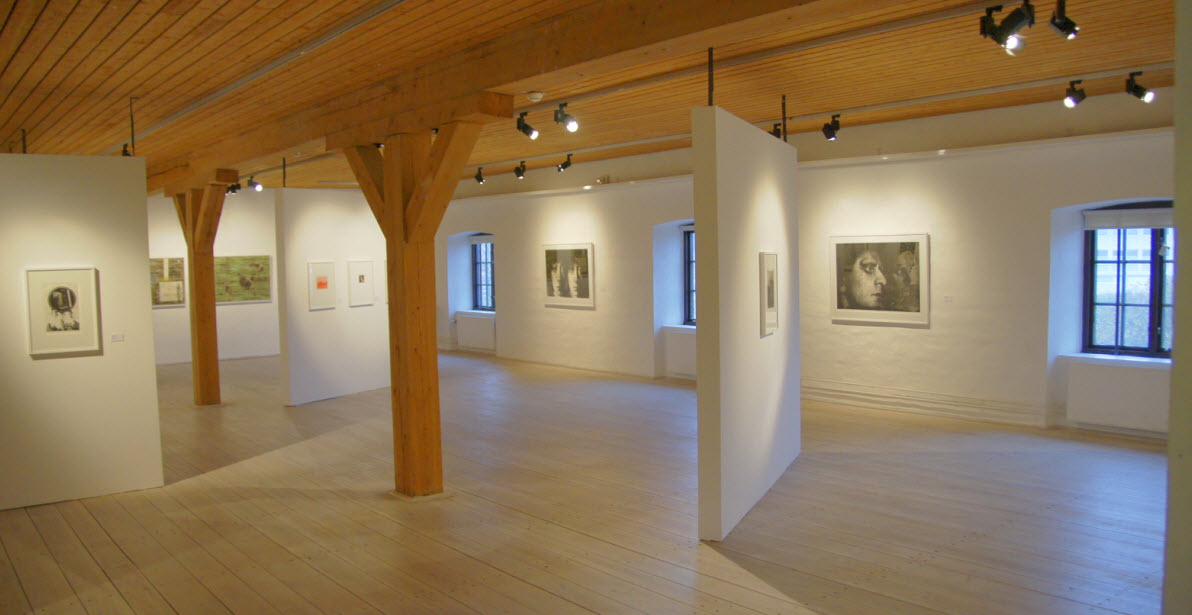 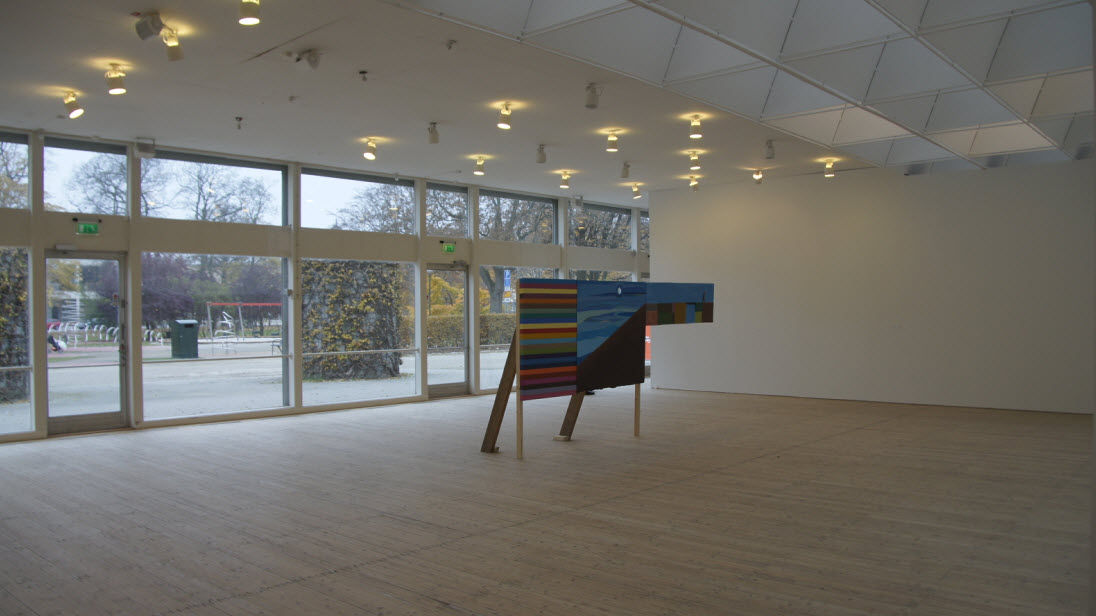 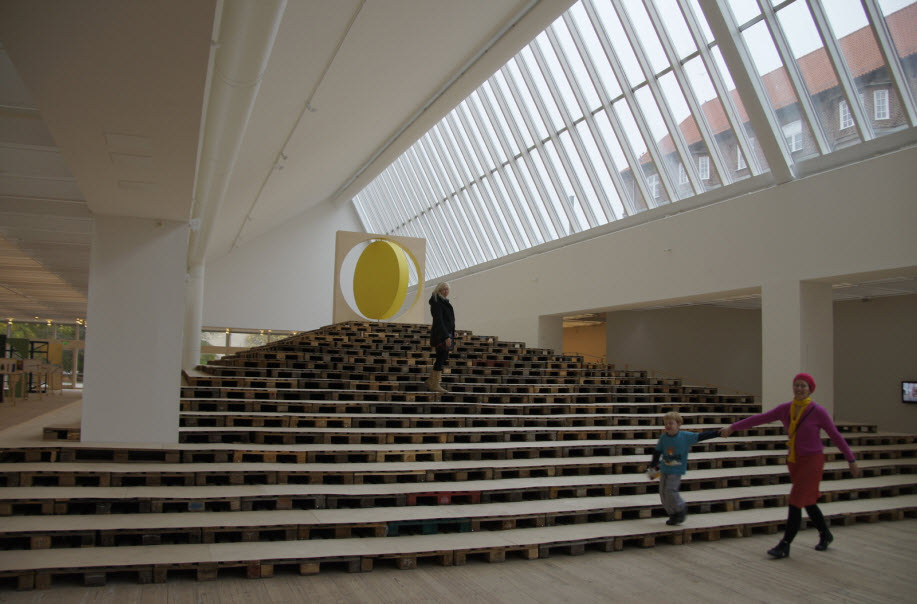 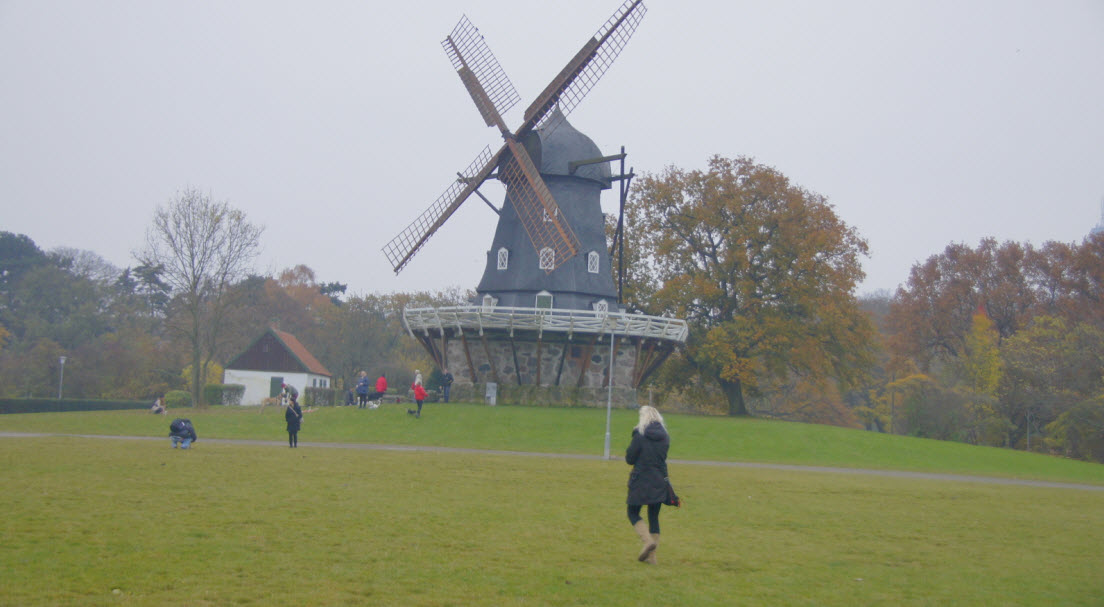 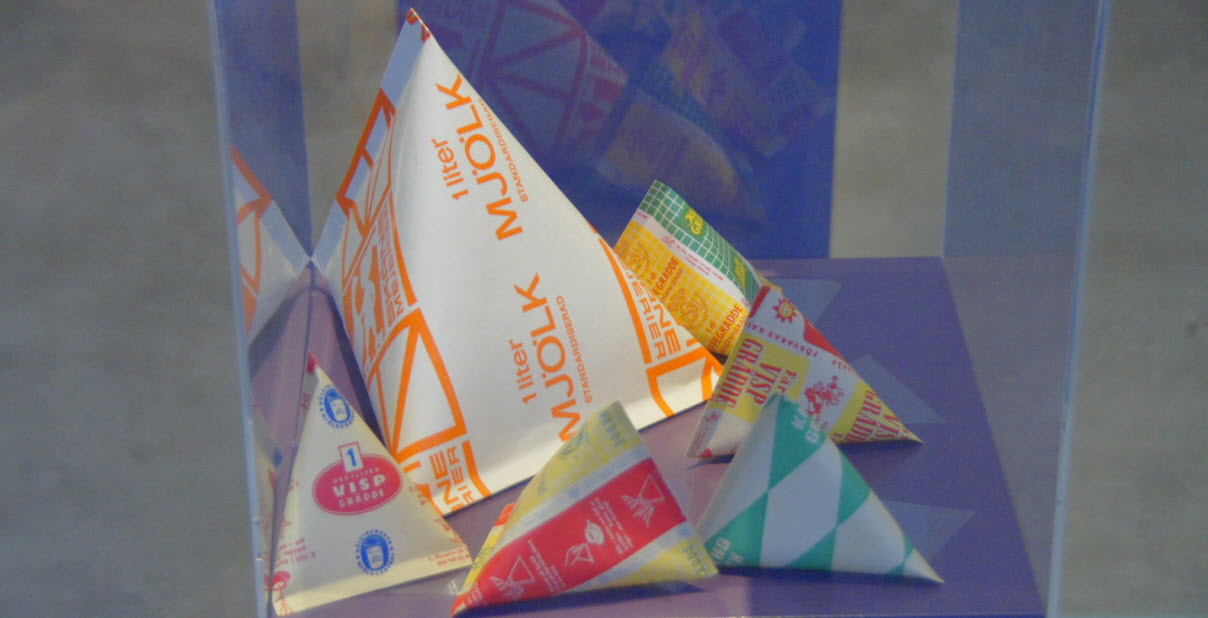 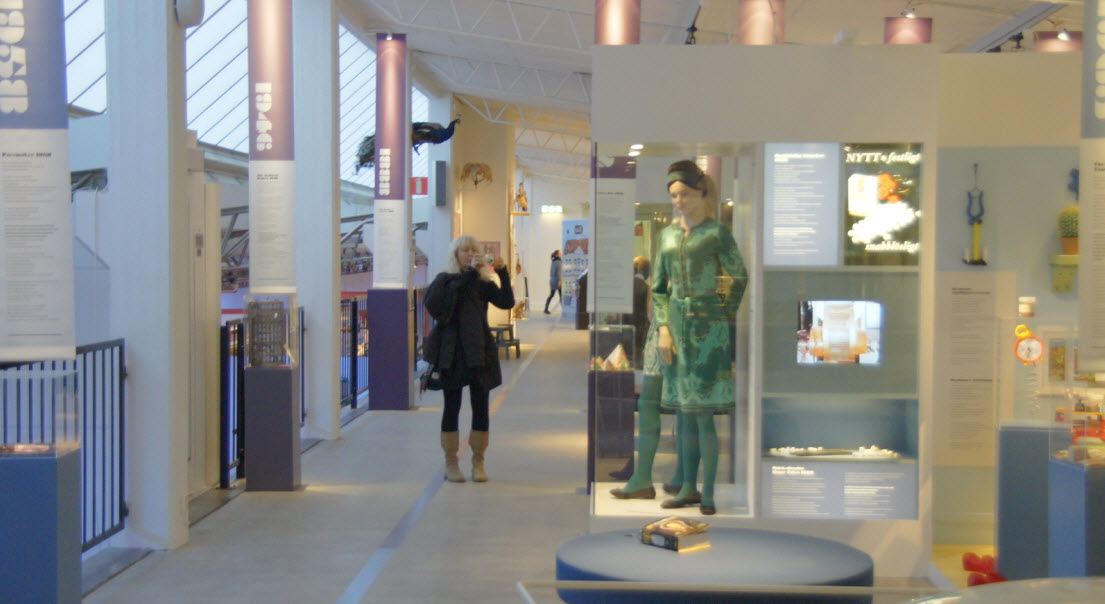 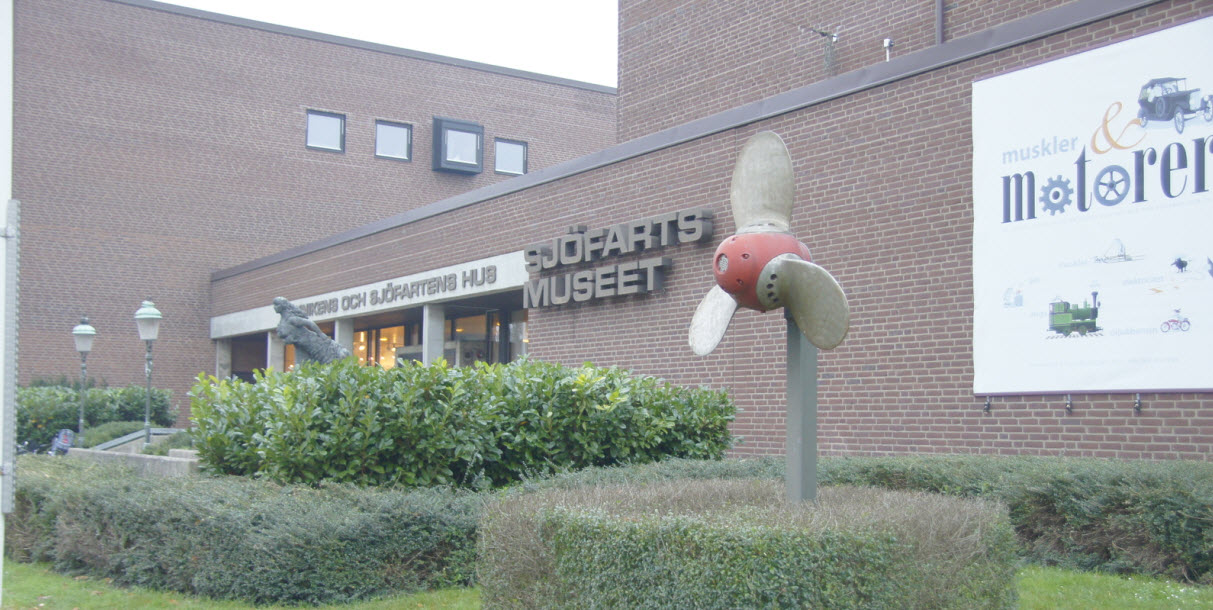