Parklets are public seating platforms that convert curbside parking spaces into vibrant community spaces. Also known as street seats or curbside seating, parklets are the product of a partnership between the city and local businesses, residents, or neighborhood associations.

Most parklets have a distinctive design that incorporates seating, greenery, and/or bike racks and accommodate unmet demand for public space on thriving neighborhood retail streets or commercial areas.


In a bold bid to change its urban landscape for good, many cities around the world had given a green light to citizen proposals to transform car parking spots into perpetual park spaces.

Cities around the world have sanctioned micro-parks on a limited basis (often for temporary use during environmental days and green festivals), but this legislation makes the provision a permanent mandate for São Paulo, San Francisco, Oslo, New York, Malmö, Moscow and many other cities.


The law comes with style and usage guides but a broad mandate, allowing for a potentially huge variety of programmatic functions starting with but not limited to open seating and leisure space. 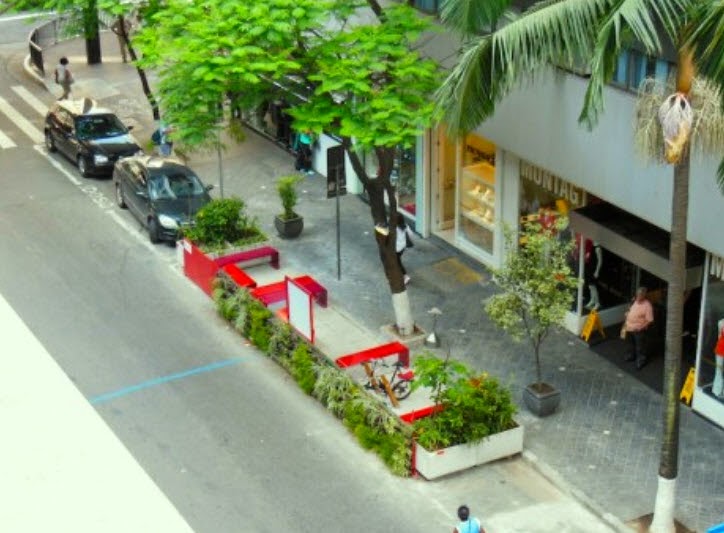 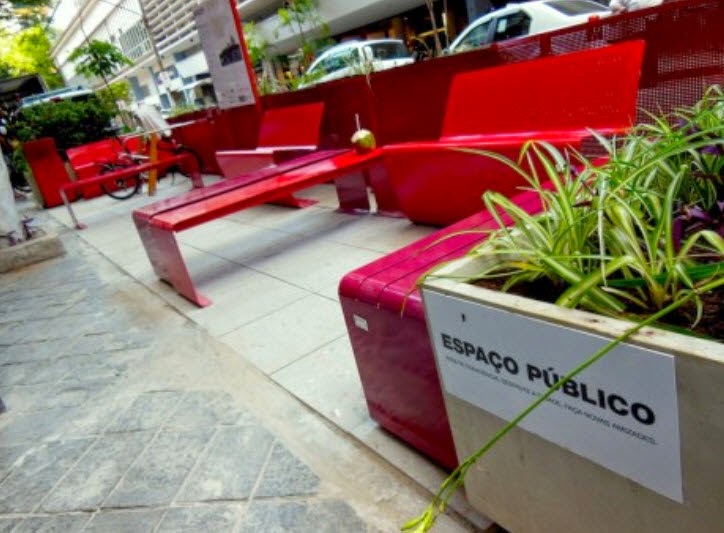 The parklet phenomenon originating in San Francisco that has spread to many cities across the United States and the world.

Rather than the result of a business strategy however, such popularity of parklets also can be seen simply as an indicator of the health of a public space that puts people first by providing for comfort and interaction in a way that utilitarian sidewalks and a predominance of parked cars do not.


Parklets at Bold Street, Liverpool will be created by taking car parking spaces and transforming them into mini-parks, with benches and plants and it become the first public thoroughfare in the UK. 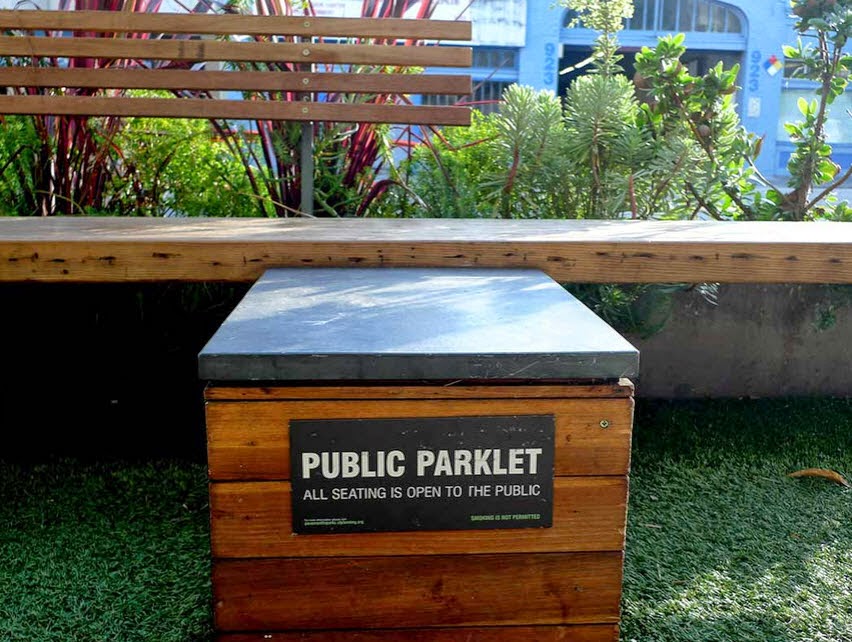 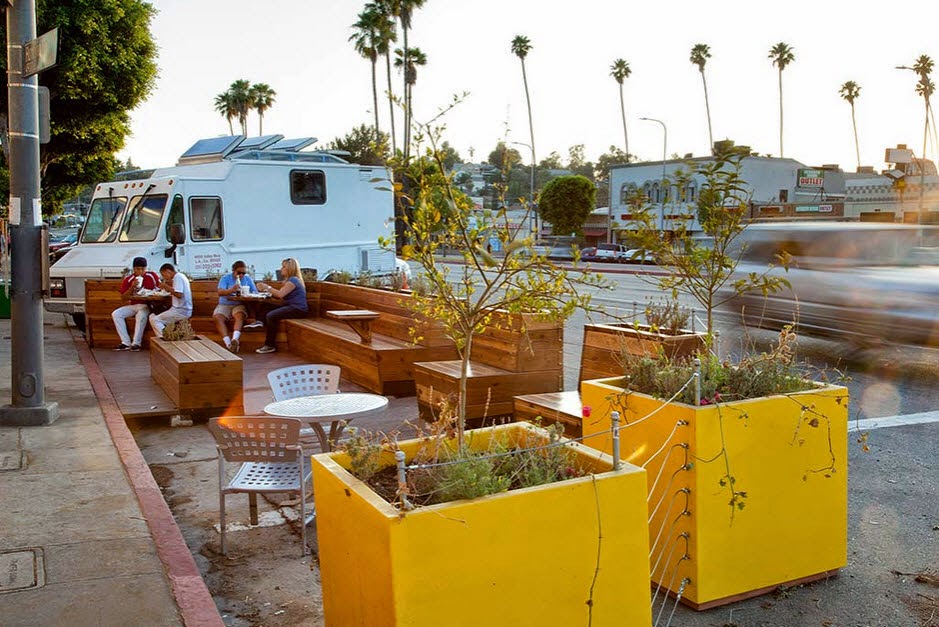 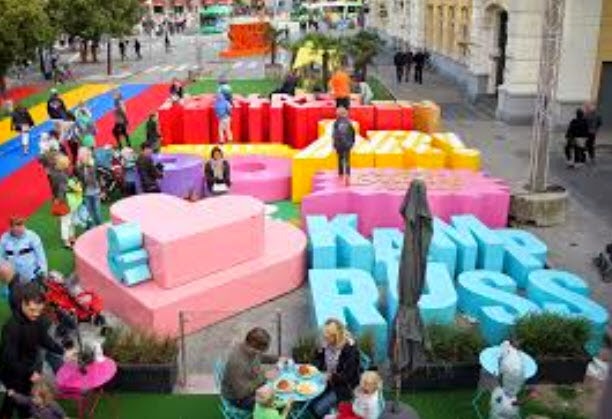 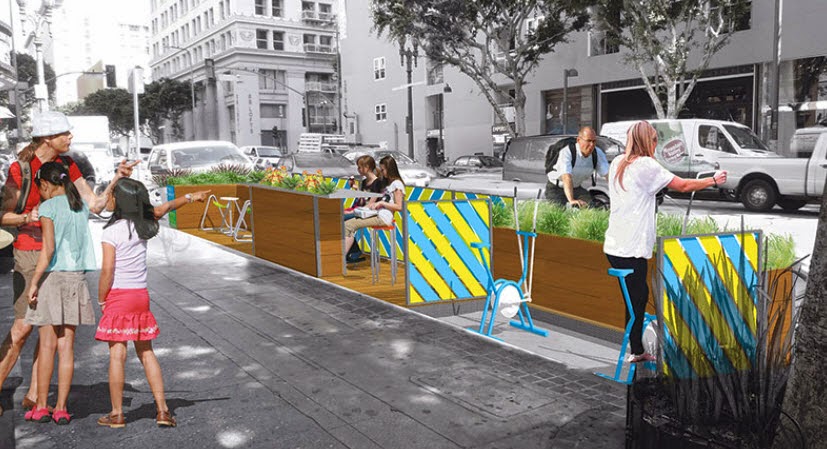 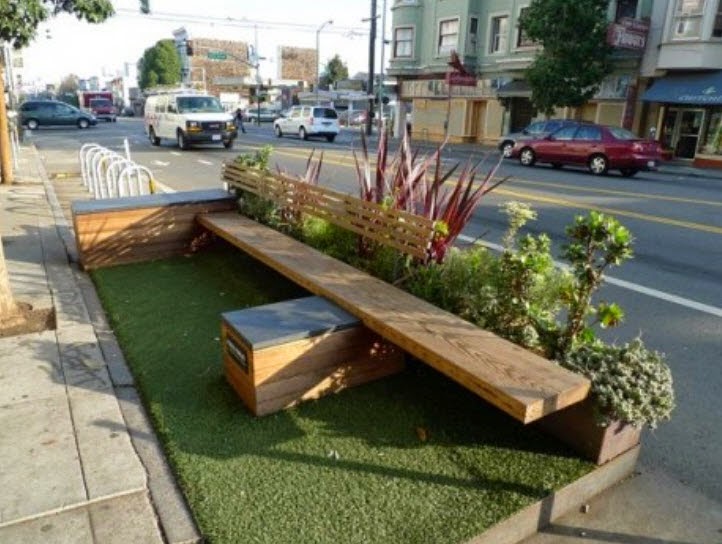 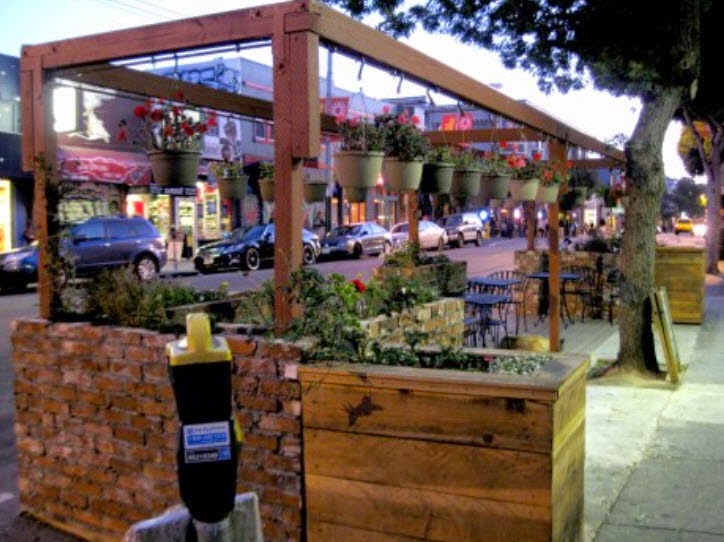 The new parklets programme in Liverpool Bold Street will fit perfectly and attempts to promote a friendlier pedestrian environment and involves replacing a parking space for a new public area. Parklets can incorporate benches, chairs, tables, trees, and bike racks for the public to use and enjoy. 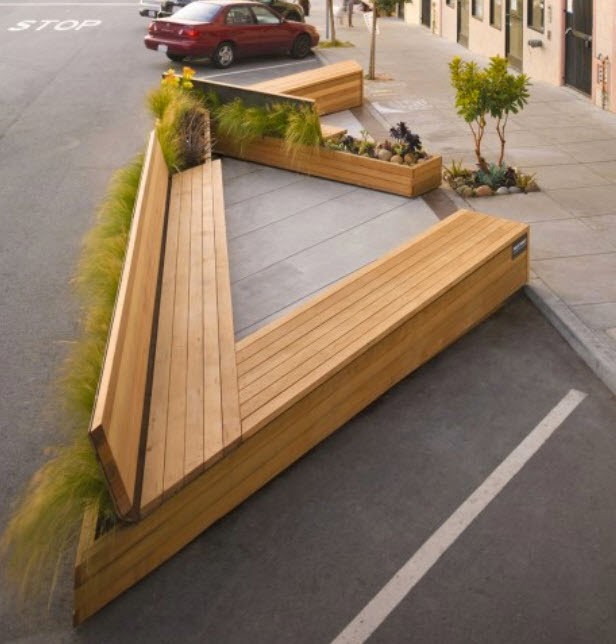 Diagonal wooden benches with built-in greenery take up three parking spots in San Francisco in this design by Matarozzi Pelsinger Design + Build. The seating was designed around the awkward shape of the available space, and the rule that it had to be at least three feet away from adjacent parking spots. Says the firm, “The acute corners are embraced as areas for planting and “chaise lounge” seating, where tight plan geometry becomes an excuse to put your feet up.” 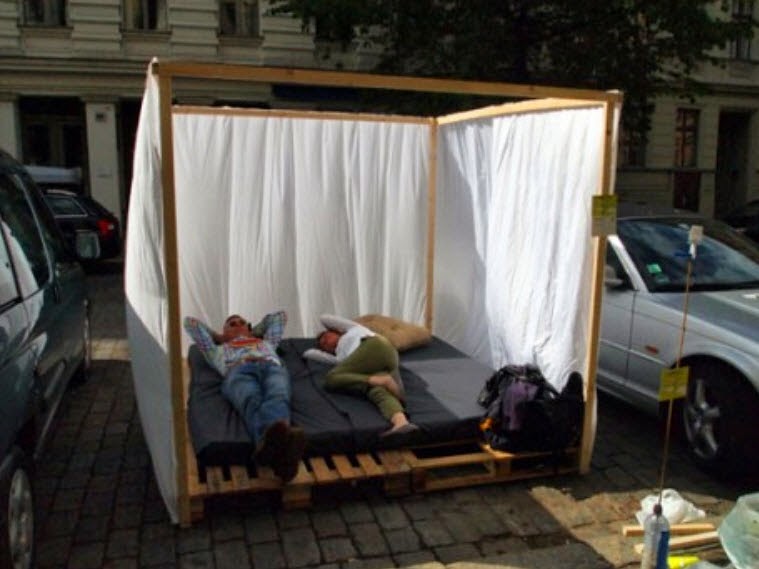 Labplatz’ is a public event in Berlin that invites the community to come up with their own ideas for occupying parking spots throughout the city. Among the many cool projects presented on the event’s Facebook page is this pallet-based, semi-private napping platform. 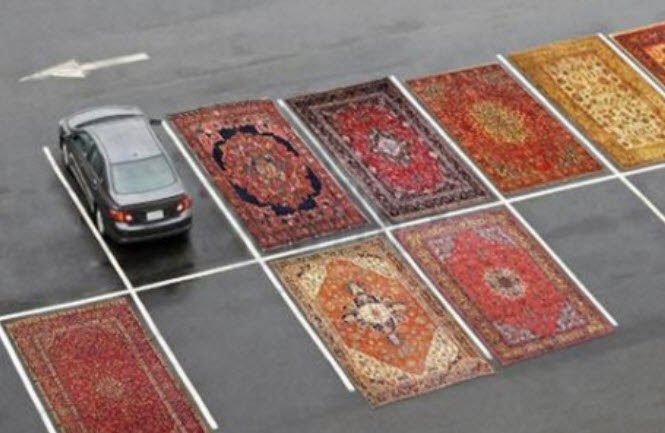 This installation in a parking lot by Brooklyn photographer and curator Joshua Citarella ‘occupies’ nearly an entire parking lot by placing Persian rugs in each of the spots, undoubtedly confusing drivers.

Transportable Garden on a Trailer 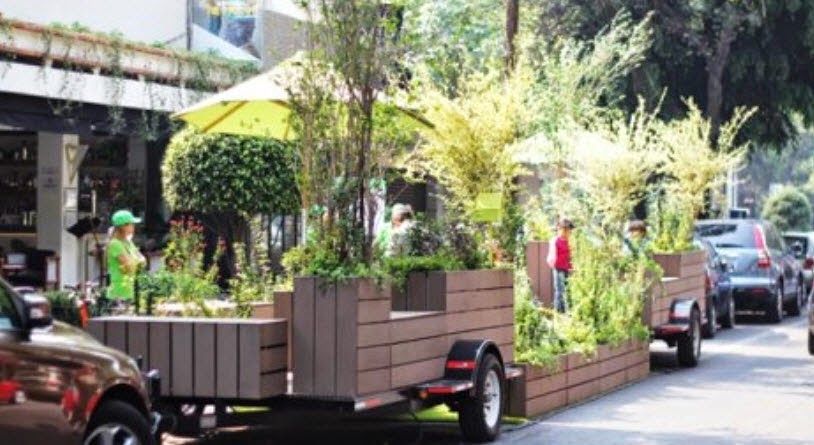 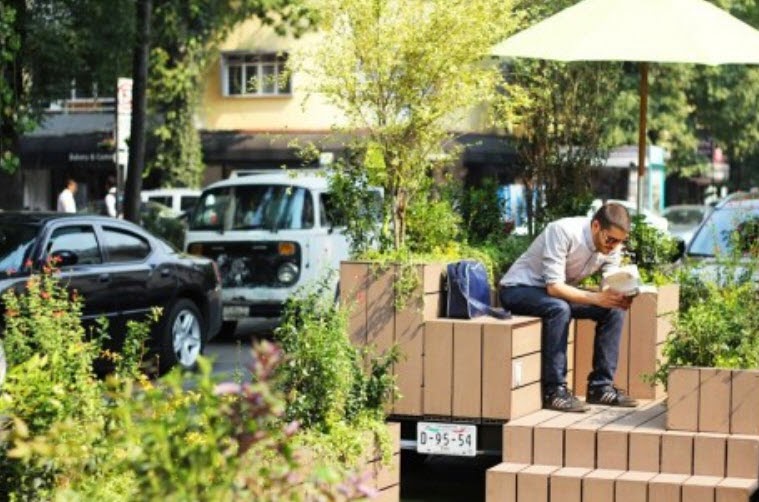 Any parking spot in urban Mexico can be turned into a park and just as quickly reverted to its original purpose with this parklet on wheels by the More Spaces Foundation. Designed by DAS Arquitectura, the portable parklet is built on a trailer and features benches and planter boxes. 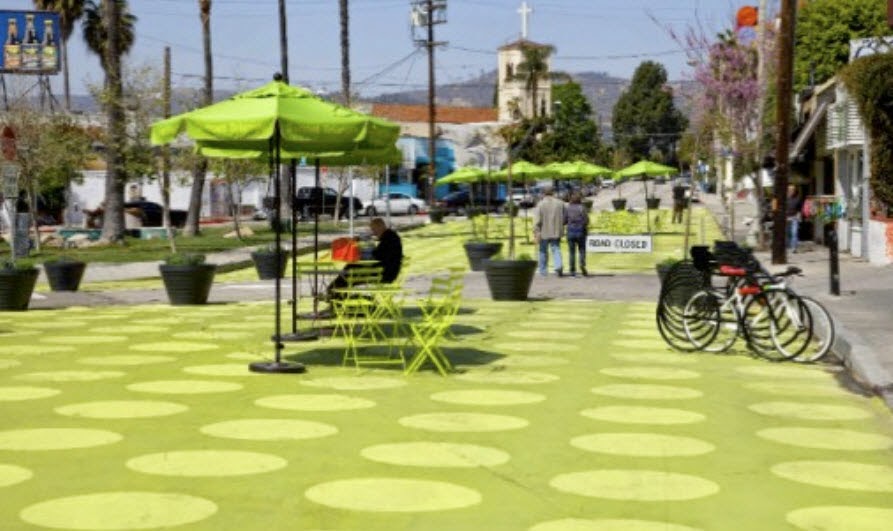 The NACTO Urban Street Design Guide instructs engineers how to design pedestrian plazas, like this one in Los Angeles. Image: Inhabitat