A controversial sculpture of a tree by artist Geoff Wood is installed in Kirkby town centre in Liverpool.

A controversial sculpture of a tree by artist Geoff Wood is installed in Kirkby town centre in Liverpool. The public artwork is part funded by Tesco, who have pulled out of plans to redevelop Kirkby with a new supermarket.

text and photo by Adam Vaughan 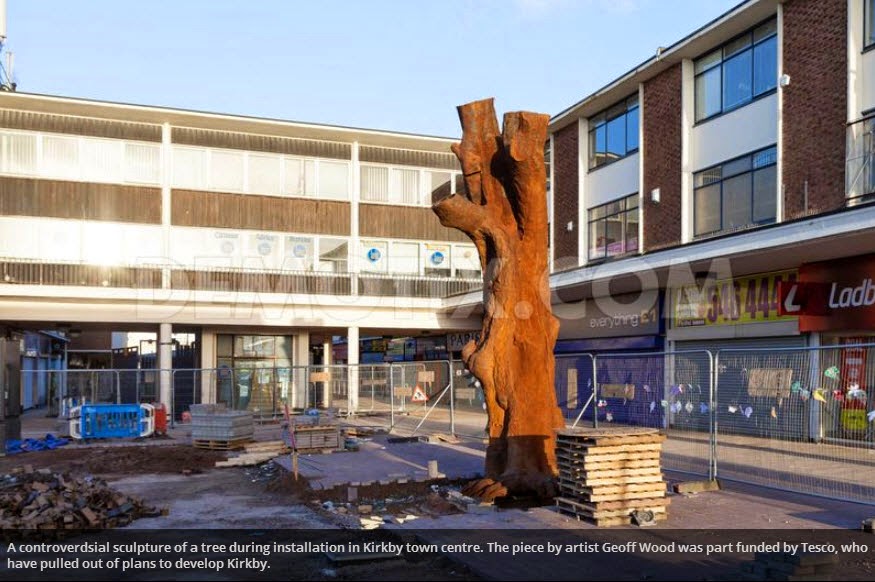 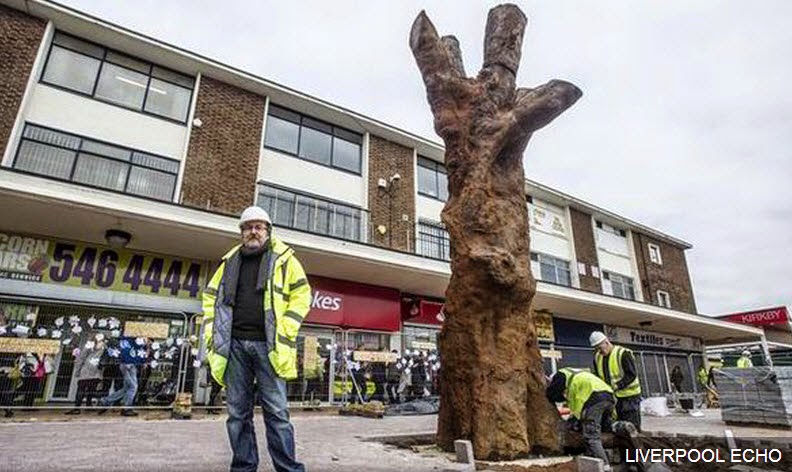 Kirby town centre in Merseyside was supposed to be getting a Tesco store - but instead in its place is a sculpture of a 400-year-old tree after the supermarket giant pulled out of plans.

The six-metre iron 'Tree of Life' is part of a £320,000 project to spruce up the town centre, to be partly funded by Tesco, which recently axed a planned new supermarket that would have created 800 jobs.

Knowsley Council has also put money into the project but a spokesman refused to say exactly how much.

However residents believe the tree structure alone cost up to £60,000.

The council represents one of the most deprived areas in the country and is facing budgets cuts of up to 30 per cent this year.

But the structure, which is without leaves or full branches, has left locals scratching their heads.

Knowsley Council has called the piece "absolutely spectacular", but many have taken to social media site Facebook to call it a "monstrosity."

While Kirk Phillips wrote: "Have a guess who is paying for that plazzy tree.....that's where your council tax is going."

And Billy Elliott added: "What a monstrosity. How can they call it the tree of life when it looks dead? Not a leaf in sight."

However Geoff Wood, the artist behind the tree, is hoping it will soon grow on people.

He said: "This tree was based on the oldest tree in the borough but it was a very sick tree. It was falling down, it was dangerous so it had to be felled anyway, so I suggested we should cast it in iron and give it a new life.

"The tree was over 400 years old so, with it, it carries all the memories of all the people who have lived during that time."

He says it is not yet finished and is one of three art pieces, with 'Three thrones' and 'Edward's Elephant' set to follow. 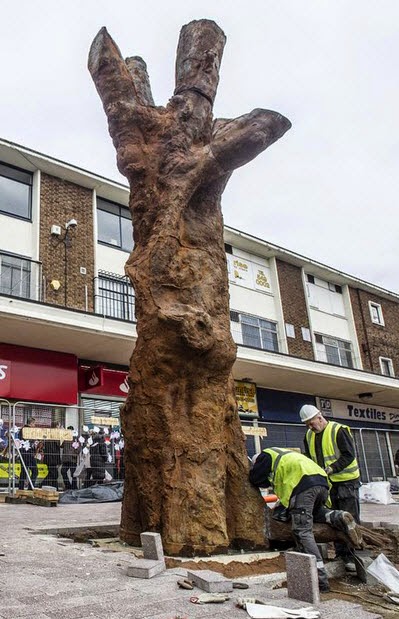 Nine tonnes of molten iron went into making the tree. A golden disc, which will catch the sunlight and provide some shelter from the rain, also completes the design.