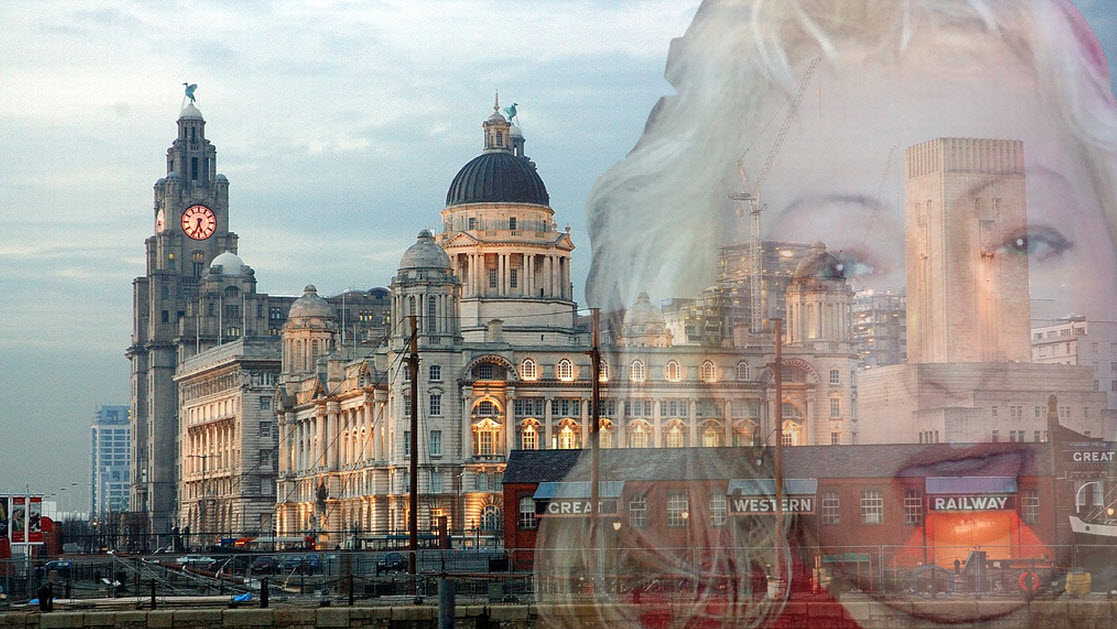 'All Nature faithfully' - But by what feint
Can Nature be subdued to art's constraint?
Her smaller fragment is still infinite!
And so he paints but what he likes in it.
What does he like? He likes, what he can paint!
- Nietzshe -
Posted by art wonder every day at 09:03

Email ThisBlogThis!Share to TwitterShare to FacebookShare to Pinterest
The basic meaning of the term "art" has changed several times over the centuries, and has continued to evolve during the 20th century as well. Danto describes the history of Art in his own contemporary version of Hegel'sdialectical history of art. "Danto is not claiming that no-one is making art anymore; nor is he claiming that no good art is being made any more. But he thinks that a certain history of western art has come to an end, in about the way that Hegel suggested it would.”
The "end of art" refers to the beginning of our modern era of art in which art no longer adheres to the constraints of imitation theory but serves a new purpose. Art began with an "era of imitation, followed by an era of ideology, followed by our post-historical era in which, with qualification, anything goes... In our narrative, at first only mimesis [imitation] was art, then several things were art but each tried to extinguish its competitors, and then, finally, it became apparent that there were no stylistic or philosophical constraints. There is no special way works of art have to be. And that is the present and, I should say, the final moment in the master narrative. It is the end of the story."
Arthur Danto was an art critic for The Nation from 1984 to 2009, and has also published numerous articles in other journals. In addition, he is an editor of the Journal of Philosophy and a contributing editor of the Naked Punch Review and Artforum. In art criticism, he has published several collected essays, including Encounters and Reflections: Art in the Historical Present (Farrar, Straus & Giroux, 1990), which won the National Book Critics Circle Prize for Criticism in 1990; Beyond the Brillo Box: The Visual Arts in Post-Historical Perspective (Farrar, Straus & Giroux, 1992); Playing With the Edge: The Photographic Achievement of Robert Mapplethorpe (University of California, 1995); and The Madonna of the Future: Essays in a Pluralistic Art World (Farrar, Straus & Giroux, 2000) and Unnatural Wonders: Essays from the Gap Between Art and Life.))
Arthur Coleman Danto - (born 1924) American art critic, and professor of philosophy. He is best known as the influential, long-time art critic for the Nation and for his work in philosophical aesthetics and philosophy of history, though he has contributed significantly to a number of fields. His interests span thought, feeling, philosophy of art, theories of representation, philosophical psychology, Hegel's aesthetics, and the philosophers Maurice Merleau-Ponty and Arthur Schopenhauer.
Posted by art wonder every day at 08:57

Chiaroscuro in art is characterized by strong contrasts between light and dark, usually bold contrasts affecting a whole composition. It is also a technical term used by artists and art historians for using contrasts of light to achieve a sense of volume in modeling three-dimensional objects such as the human body.(wiki)


What an amazing painter! 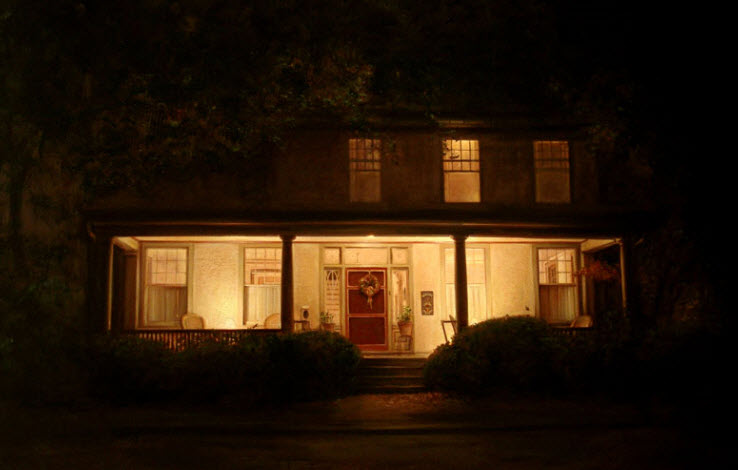 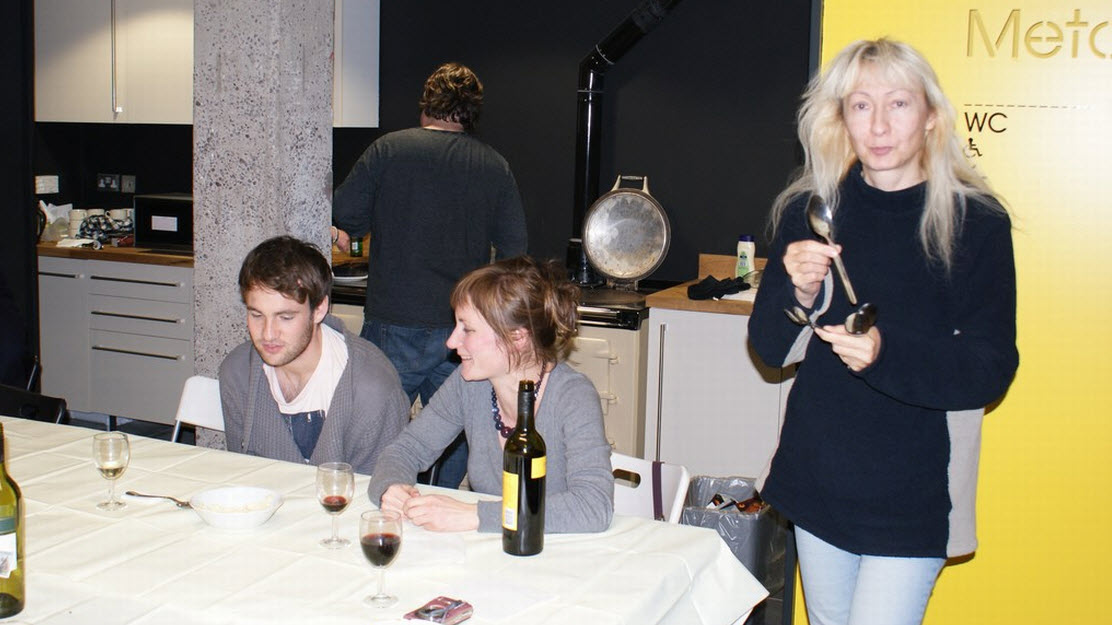 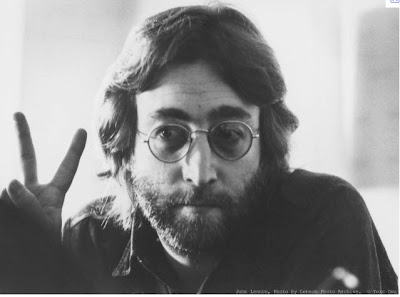 Beatles fans from all over the UK will be make their way to Liverpool on 8th December to mark the 30th anniversary of John Lennon’s death with a candlelit vigil set to take place at the city’s European Peace Monument, dedicated to John. They will be led in song on the occasion by local singers and musicians.

Since its unveiling by Julian & Cynthia Lennon on Lennon’s birth date (October 9th), the monument - entitled ‘Peace & Harmony’ - has become a popular focal point for visitors to the Beatles home city looking to celebrate Lennon’s life and message of peace through his music.

The monument represents Liverpool's ever physical focal point for fans of Lennon and The Beatles to congregate and remember the artistic and creative legacy of the world icon. 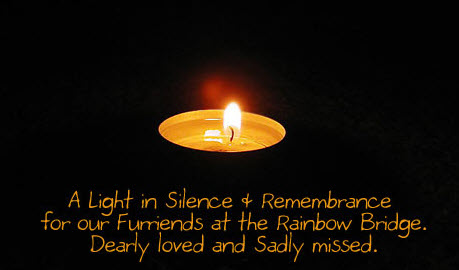 The vigil of remembrance will form a counterpoint to the ‘Lennon Remembered – The 9 Faces of John’ concert taking place at Liverpool’s Echo Arena the following day (Thursday 9th December). All profits from the concert are being donated to regional charities Alder Hey Imagine Appeal, Radio City’s Cash For Kids and the Mathew Street Festival. The evening event will close the enormously successful John Lennon Season that is taking place right across the city.

Created by American artist Lauren Voiers, the striking ‘Peace & Harmony’ monument features a white feather at its apex; a detail created to the express wishes of Lennon’s son Julian. As Julian comments, “One of the things my father said to me was that should he pass away, if there was some way of letting me know he was going to be ok, it was by, in some shape or form, presenting me with a white feather.”
Jerry Goldman, MD of The Beatles Story comments:

“Although the European Peace Monument has only been on public display for just over a month it’s already taken on a global significance of its own. People from all over the world are coming to the city to pay their respects and consider Lennon’s message of peace through his music.

“The city is very excited that we finally have a focal point at which to remember Lennon and look forward to a vigil that will reach out to people the world over.” 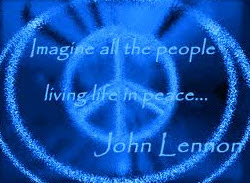 The vigil at the Lennon Peace Monument will take place at 8pm on Wednesday 8th December on Chavasse Park, Liverpool ONE, Liverpool L1 8LT, overlooking both The River Mersey and The Albert Dock. 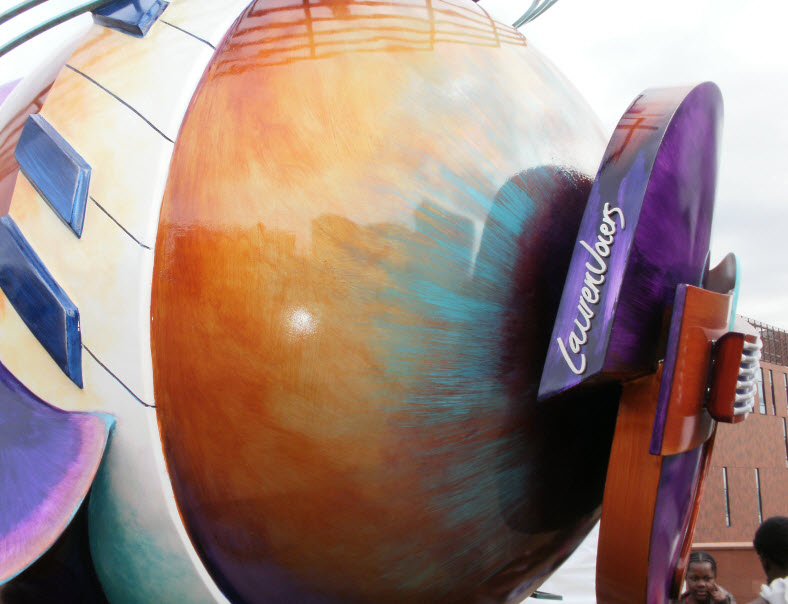 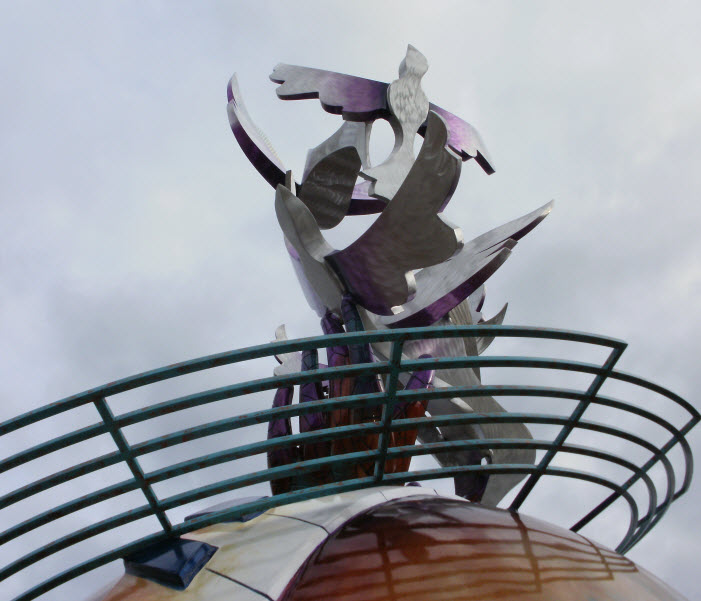 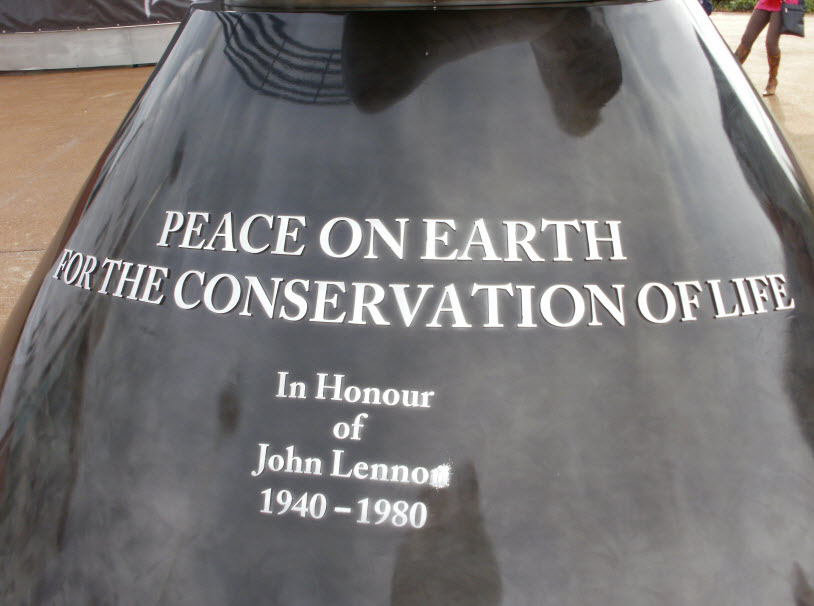 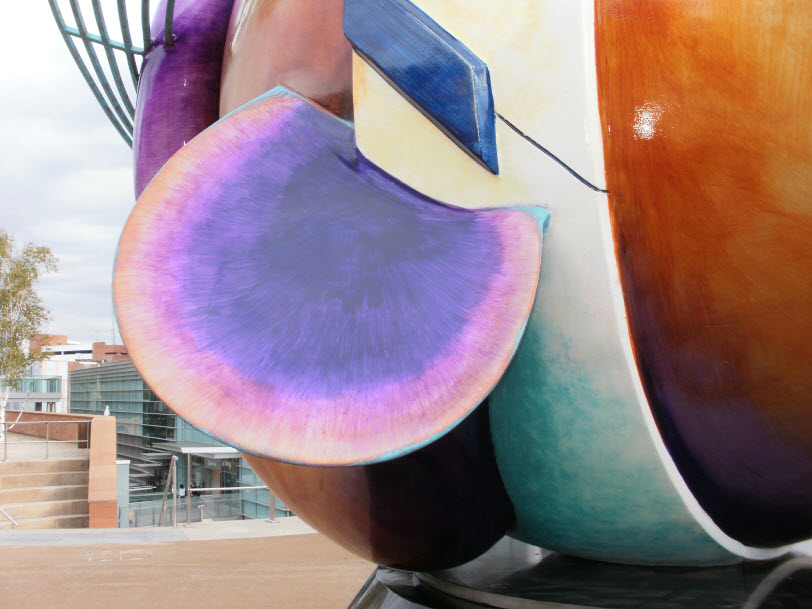 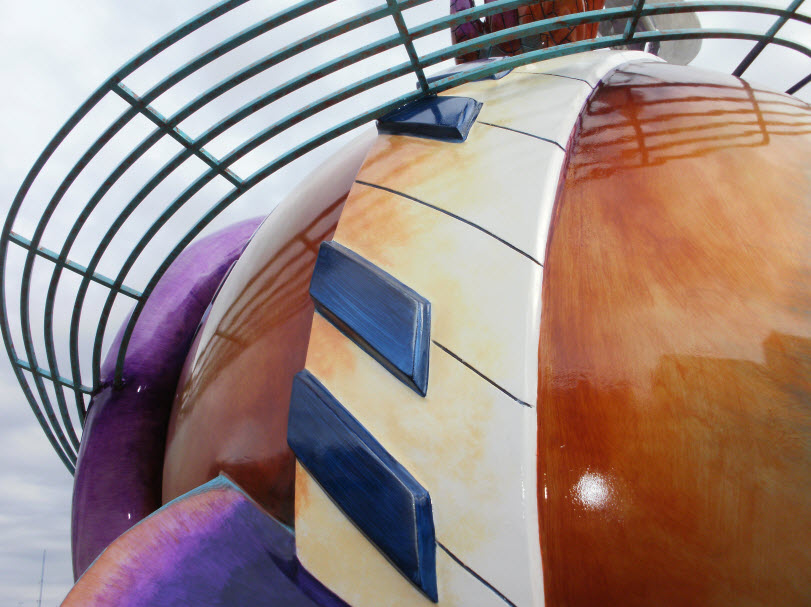 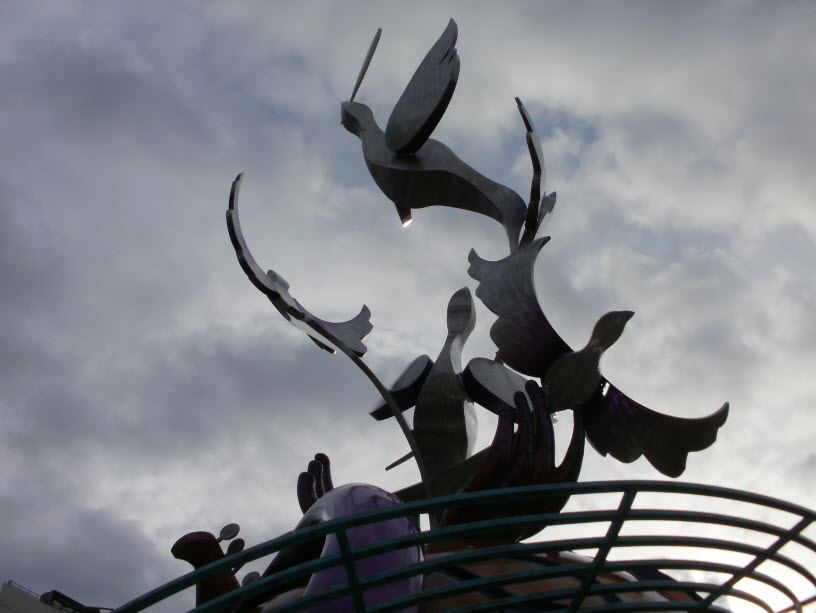 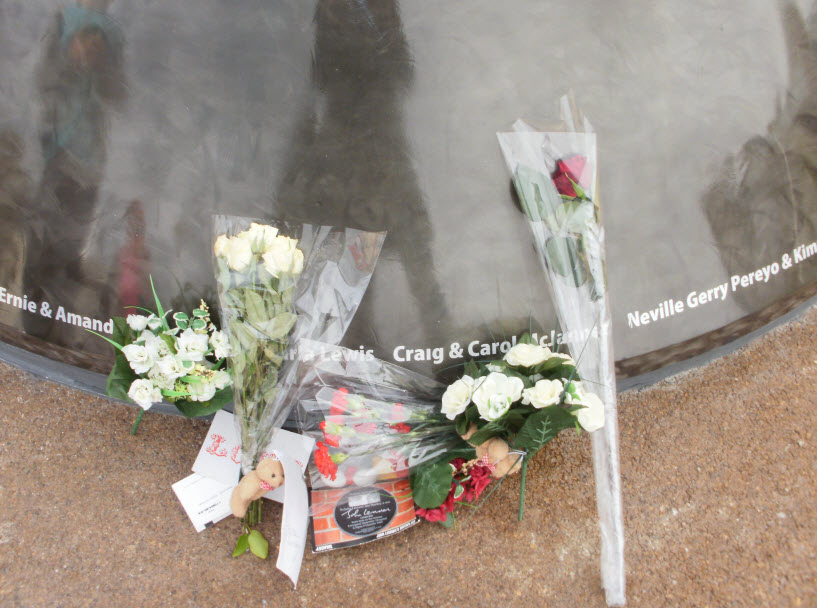 Email ThisBlogThis!Share to TwitterShare to FacebookShare to Pinterest
http://www.guardian.co.uk/artanddesign/2010/dec/06/turner-prize-susan-philipz

I read this article about Turner Prize winner - Susan Philipsz. I expected bright and fresh opinion from Adrian Searle. No...just plain article...
I like comments more then exactly article.
Do I like winner's work? Yes. Firsly because she is woman artist and then...because I like.

"You art critics should be ashamed of yourselves – and the Turner Prize thrown in the river finally, drown the fucking thing. An "artist" with a bland voice sings a few trad songs, that she has appropriated, adding nothing except some word substitution, ('cause no one makes anything anymore, or has the skills to do so, 'cause that is un-hip) and has them played back under some bridges – get's 25,000 quid – nice work if you can spin it with some artspeak (she's obviously learnt that bit). So we get more ubiquitous sound in an already over saturated world of sonic play back – great achievement. Any solo voice or instrument sounding in the reverb created by concrete evokes "place, space, memory and presence" and all the other nonsense that art critics, who know nothing about music, blurt out. As to saying it is "disembodied" –our entire ipod music culture is disembodied – that's the wretched problem and one of the principle reasons for the decline of live music (in the sense of musician makes music, makes some sort of living). Now if she actually had stood there for 8 hours, day after day, and sung this stuff along with all the drunks, random thugs, and homeless – OK she would be worth a few bob in her hat for risk. There is no risk here, nobody is putting themselves on the line. It's insidious sonic wall paper and much more deadening than the original inventors of muzak had in mind. If this is art, then we can't get more mediocre. It's an insult to all the buskers who struggle to make a living, and even bigger insult to genuine innovative musicians like Sony Rollins who played for years in all kinds of weather on the Brooklyn Bridge creating something new."(The Guardian, comment from article Turner Prize winner Susan Philipsz: an expert view by Adrian Searle, author of comment ROSENBERG, viewed 8 December 2010)

Judges switched on as Turner Prize goes to the Creed of nothingness, by Fiachra Gibbons, The Guardian, 10 December 2001

"Fittingly, it was the pop star Madonna, the queen of three-minute culture, who was on hand at Tate Britain to present the prize to Creed, who has his own band, owada - a punk outfit whose numbers like Nothing can last a whole five seconds.
In true superstar style, she upstaged him, giving Channel 4, who were broadcasting the ceremony live, kittens by declaring, "I want to support any artist who not only has something to say but the balls to say it... At a time when political correctness is valued over honesty I would also like to say right on motherfuckers!" The man with his finger on the bleep did not get there in time. Creed - warned by the singer that your "20 grand won't go far in this city" - responded to chants of "switch off the lights" with a typically minimal "thank you".

"What they don’t understand about birthdays and what they never tell you is that when you’re eleven, you’re also ten, and nine, and eight, and seven, and six, and five, and four, and three, and two and one. And when you wake up on your eleventh birthday you expect to feel eleven, but you don’t. You open your eyes and everything’s just like yesterday, only it’s today. And you are—underneath the year that make you eleven.
Like some days you might say something stupid, and that’s the part of you that’s still ten. Or maybe some days you might need to sit on your mama’s lap because you’re scared, and that’s the part of you that’s five. And maybe one day when you’re all grown up maybe you will need to cry like if you’re three, and that’s okay. That’s what I tell Mama when she’s sad and needs to cry. Maybe she’s feeling three.
Because the way you grow old is kind of like an onion or like the rings inside a tree truck or like my little wooden dolls that fit one inside the other, each year inside the next one." 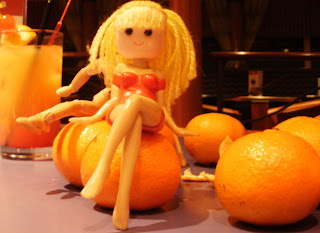 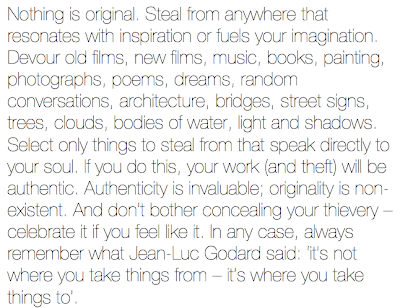 A few lines from Jim Jarmusch. I'm not sure about celebrating creative thievery, but i do like his openness to finding inspiration in the everyday.
Posted by art wonder every day at 11:18