Feast of the Three Kings

The Epiphany or Feast of the Three Kings
On Twelfth Night, Jan. 6, Poles, Italian, Germans, Austrian... take small boxes containing chalk, a gold ring, incense and a piece of amber, in memory of the gifts of the Magi, to church to be blessed. Once at home, they inscribe the date and "K+M+B" with the blessed chalk above every door in the house to provide protection against illness and misfortune for those within. For 2013, it would look like "20 K+M+B 13."
The letters, with a cross after each one, stand for names of the Three Kings - Kaspar, Melchior and Balthasar.
They remain above the doors all year until they are inadvertently dusted off or replaced by new markings the next year.

A King Cake with a lucky coin or almond is baked on this day. The one to receive the piece with a coin or almond must host the next party. The Feast of the Three Kings ends  the twelve holy nights that began on Christmas Day  and signals the beginning of  carnival time. 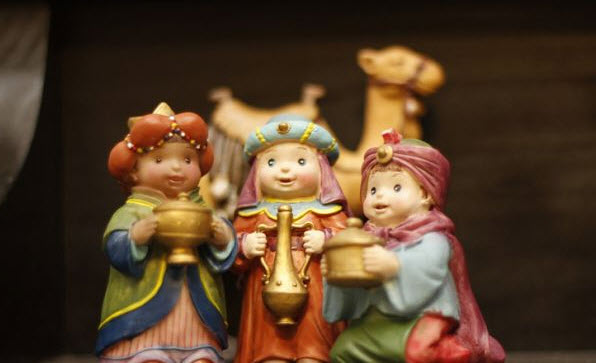 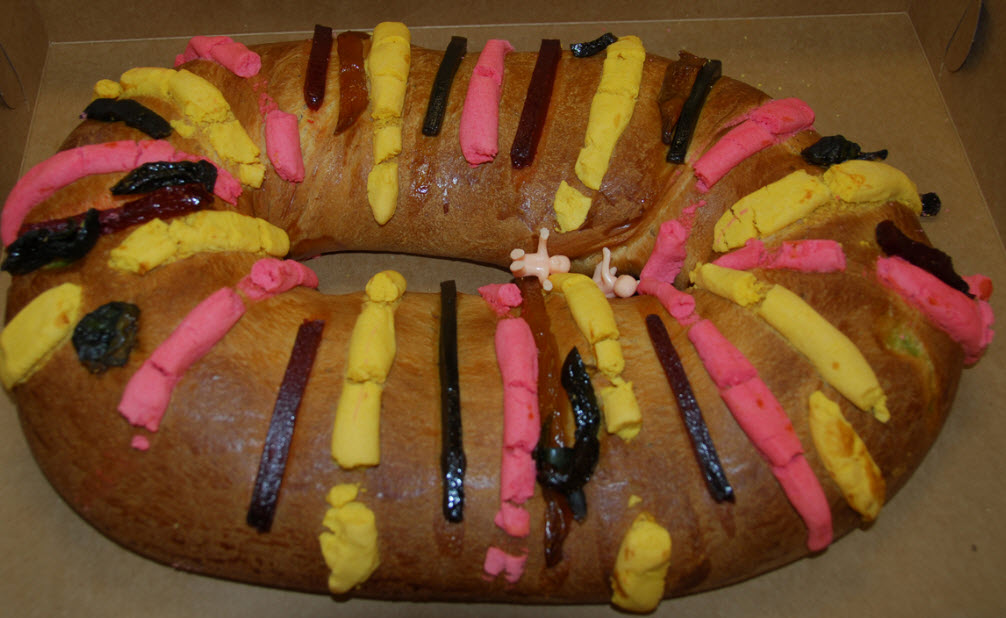 A King Cake (sometimes rendered as kingcake, kings' cake, king's cake, or three kings cake) is a type of cake associated with the festival of Epiphany in the Christmas season in a number of countries, and in other places with the pre-Lenten celebrations of Mardi Gras / Carnival. It is a popular food item during the Christmas season (Christmas Eve to Epiphany) in Poland, Lithuania, Germany, Italy, Austria, Mexico, France, Belgium, Quebec and Switzerland (galette or gâteau des Rois).