I love you, Stephen Fry

"Over the years however, my nose grew and grew and it became apparent by the time I was fourteen that, like its owner, it was not growing straight."
Stephen Fry on breaking his nose as a child [Moab is my Washpot] 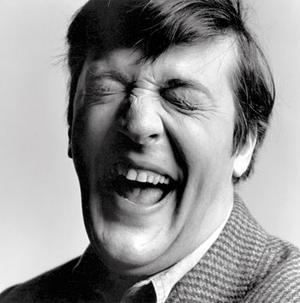 Hans Haacke (born 1936 in Cologne, Germany) is a conceptual artist.

Haacke studied at the Staatliche Werkakademie in Kassel, Germany, from 1956 to 1960. From 1961 to 1962 on a Fulbright grant at the Tyler School of Fine Art at Temple University in Philadelphia.

Haacke's early work as a conceptual artist focused on systems and processes. Some of the themes in his early works from the 1960s, such as Condensation Cube (1963-65), include the interactions of physical and biological systems, living animals, plants, and the states of water and the wind. He also made forays into Land Art. His later works have dealt more with socio-political structures and the politics of art. Haacke has been outspoken throughout his career about his belief that museums and galleries are often used by the wealthy to seduce public opinion. From 1967 to 2002 Haacke was a professor at the Cooper Union in New York City. 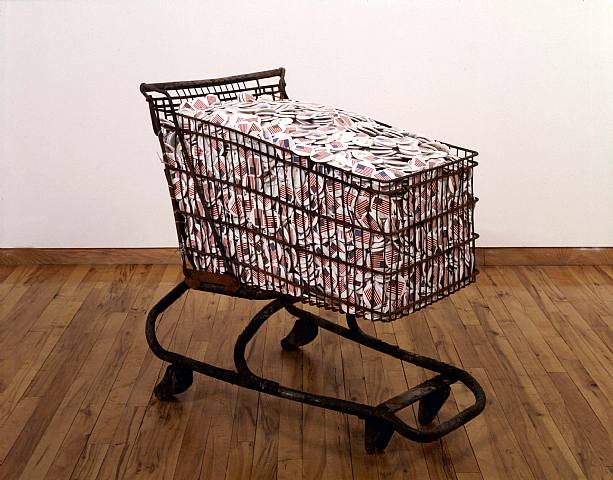 Photograph of MoMA Poll in the Museum of Modern Art (MoMA).
In 1970, Haacke created an installation commissioned for the MoMA in New York entitled MoMA Poll. The work was a query that asked "Would the fact that Governor Rockefeller has not denounced President Nixon's Indochina Policy be a reason for you not voting for him in November?" with two ballot boxes (made of plexi-glass). The end result at the end of the exhibition was approximately twice as many Yes ballots as No ballots.[1] The installation is an early example of Institutional Critique and criticized a board trustee and the institution (MoMA).
In 1978 Haacke had a solo exhibition at the Museum of Modern Art in Oxford for which he created the work "A Breed Apart", which made explicit criticism of the state owned British Leyland exporting vehicles for police and military use to apartheid South Africa. In 1979 he had a solo exhibition at The Renaissance Society, featuring highly political paintings which reproduced and altered print ads for Mobil, Allied Chemical, and Tiffany & Co. In the later 1980s Haacke moved towards using paintings and larger scale sculptural installation. In 1988 he was given an exhibition at the Tate Gallery in London for which he did a portrait of Margaret Thatcher featuring cameos of Maurice and Charles Saatchi.
Haacke's 1990 controversial painting Cowboy with Cigarette turned Picasso's Man with a Hat (1912-13) into a cigarette advertisement. The work was a reaction to the Phillip Morris company's sponsorship of a 1989-90 exhibition about Cubism at the Museum of Modern Art. Hans Haacke published a book about the ideas and processes behind his and other conceptual art called Framing and Being Framed. 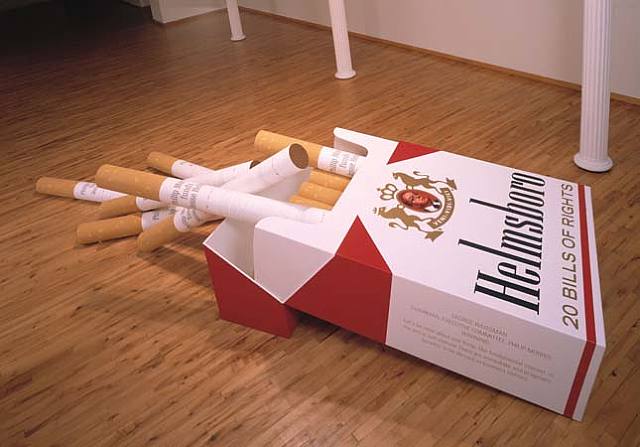 mural art works around the world

Here is a video of a wall painting by Supakitch and Koralie which is more than just a painting but a blend of styles and mixed media. It can be inspiring to see the process that other artists go through to produce large scale works. You can definitely learn a lot from it. There are elements that can be applied to comic art creation. Line work, stylization, mixed media process, tone and texture, just to name a few. So if you have a few minutes to spare check out this wall painting come to life from start to finish. 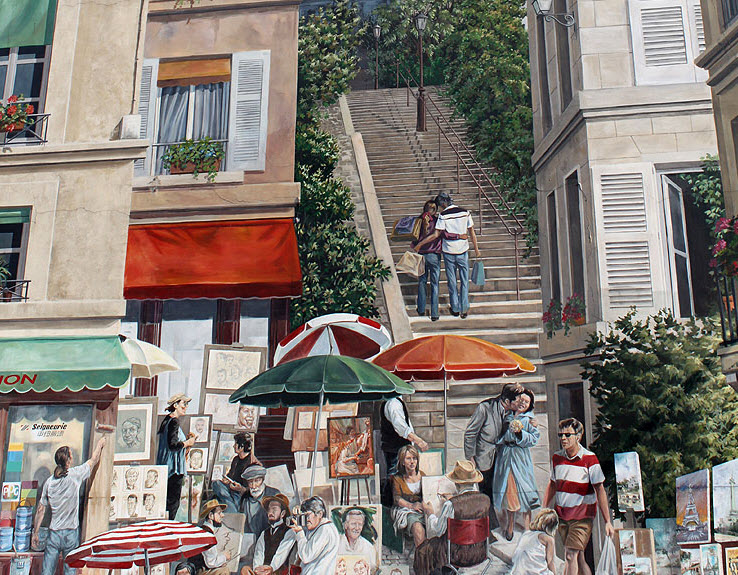 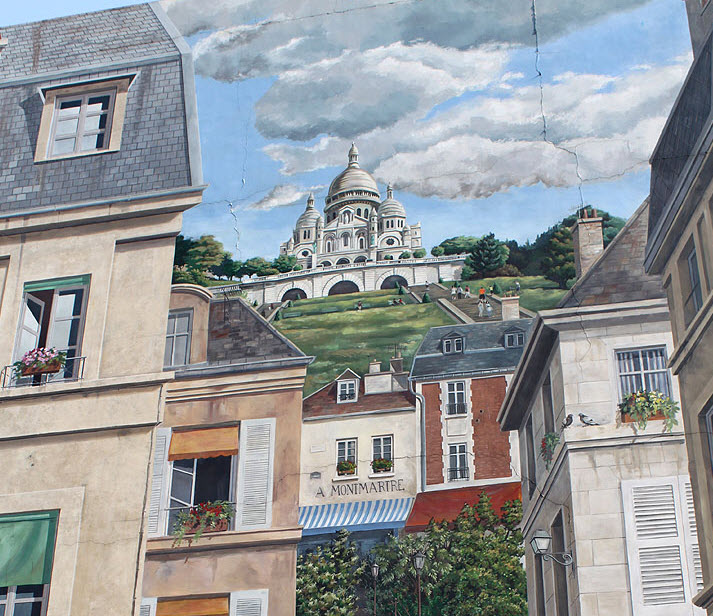 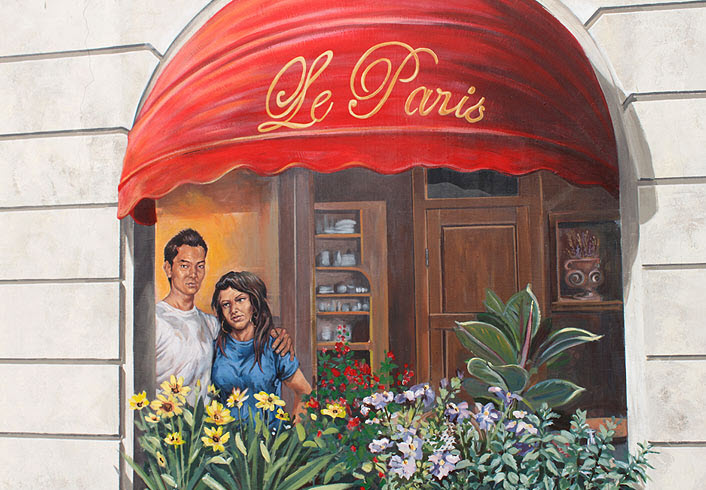 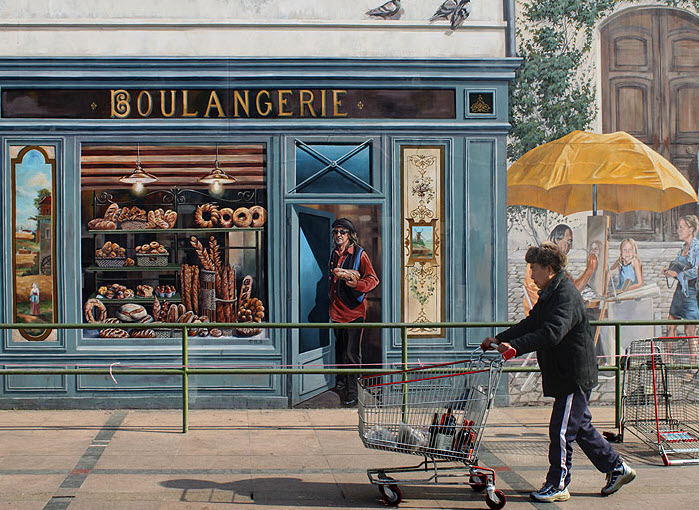 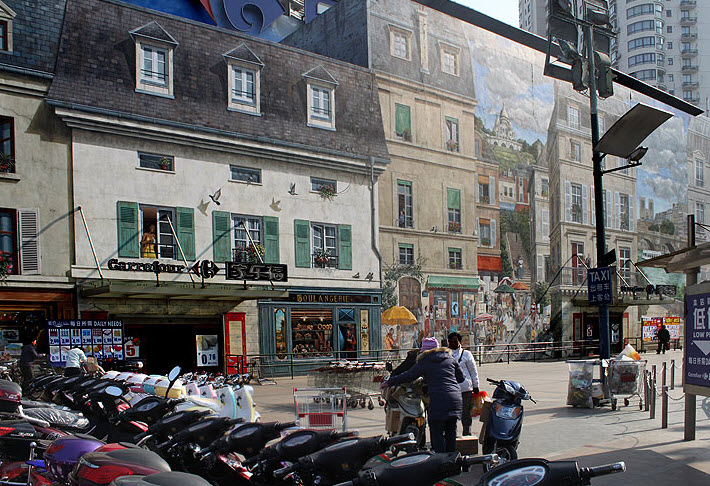 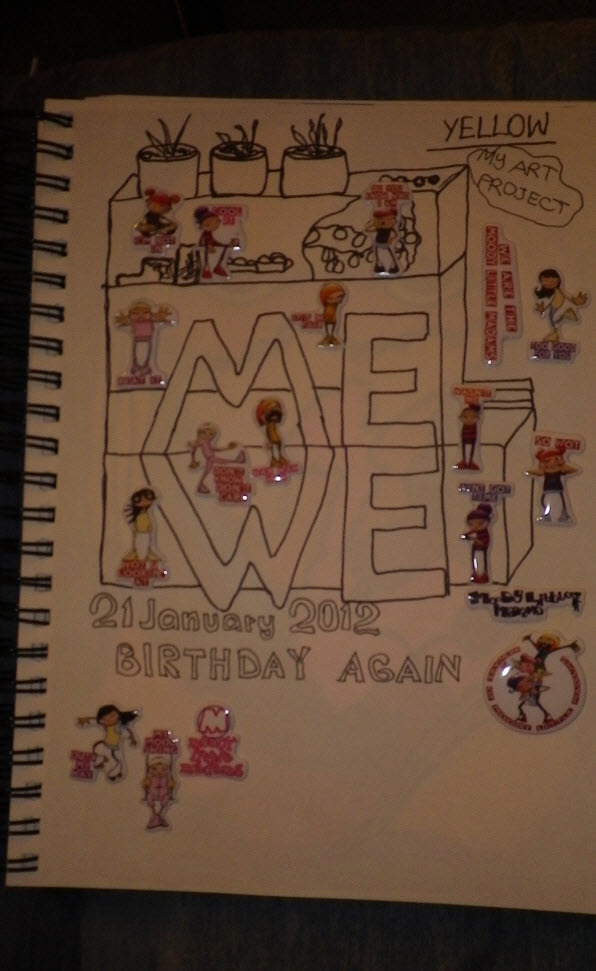 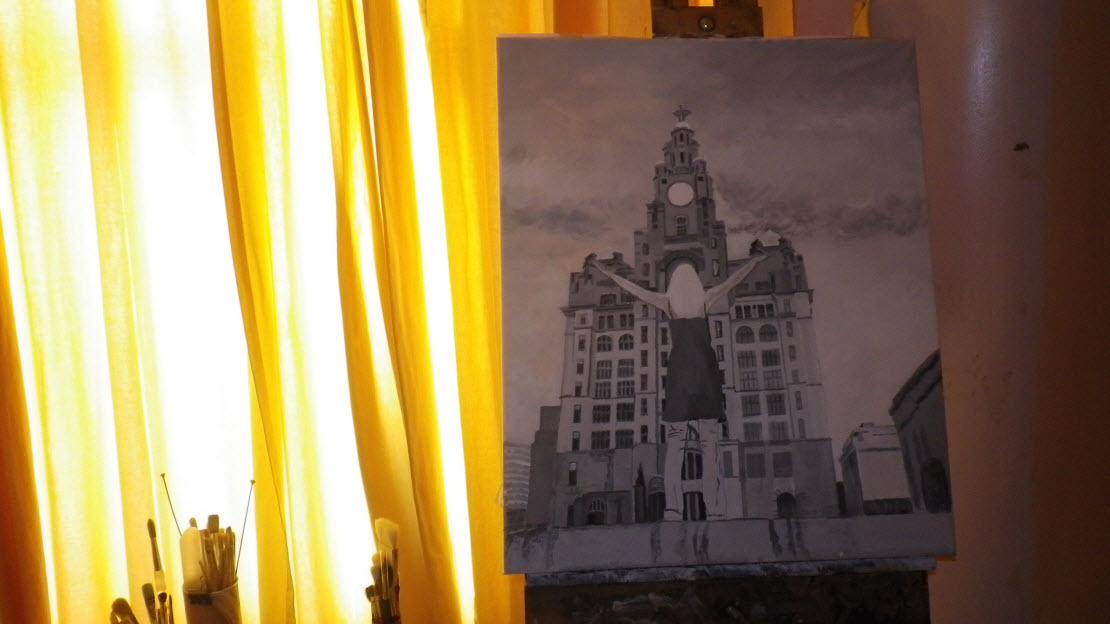 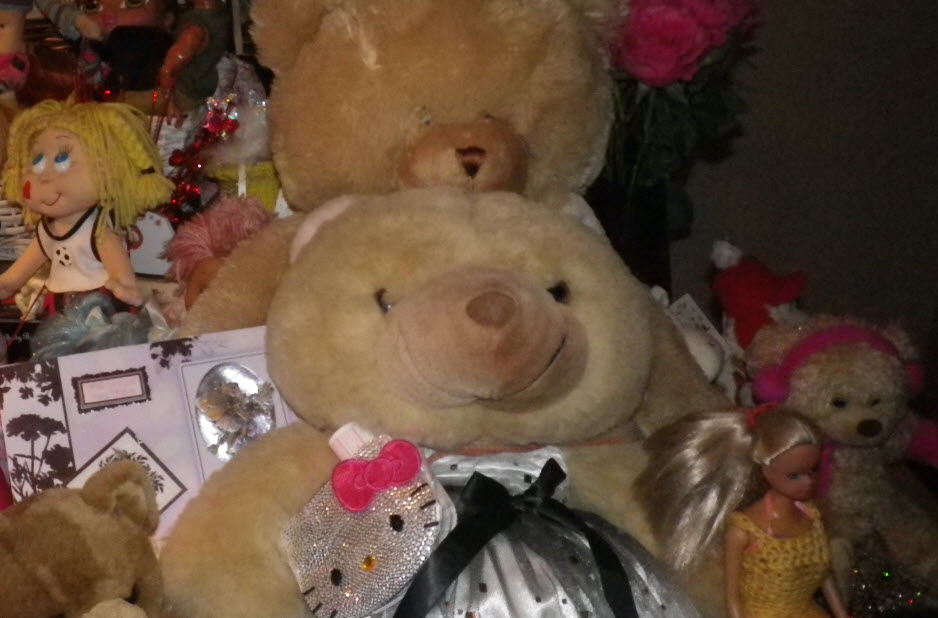 The intervention made by Julia Kristeva at the Day of reflection, dialogue and prayer for peace and justice in the world, that Benedict XVI convoked in Assisi.
JULIA KRISTEVA
Some principles for the humanism of the twenty-first century
http://www.kristeva.fr/assisi2011_en.html
What is humanism? A great question mark on the most serious of issues? This reality is a product of the European, Greco- Judeo-Christian tradition, and the same time it continues to promise, to disappoint, to re-constitute itself.
Ladies and Gentlemen,
The words of John Paul II, "Be not afraid!" are not directed solely toward believers, because they may take heart in their resistance to totalitarianism. The appeal of that Pope, an apostle of human rights, also drives us not to fear European culture, but on the contrary, to dare humanism: the construct complicity between the Christian humanism and that which emerged from the Renaissance and Enlightenment, and which has the ambition of opening the dangerous ways of freedom. Thanks today to Pope Benedict XVI, for having invited, for the first time in these places, humanists among you.

1. The humanism of the twenty-first century is not a theomorphism. Neither "value" or ulterior "end", Man with a capital M does not exist. After the Shoah and the Gulags, humanism has a duty to remind men and women that if, on the one hand, we retain ourselves to be the only legislators, it is uniquely through the continuing questioning of our personal, historical and social situation that we can decide for society and history. Today, far from deglobalization, it is necessary to invent new international rules to regulate and control the finance and the global economy and finally to create a world authority based on universal ethics and solidarity.

2. Humanism is a process of permanent refoundation, that develops through the ruptures that are innovations. Memory does not regard the past: the Bible, the Gospels, the Koran, the Rig Veda, the Tao, live in the present. In order for humanism might develop and re-found itself, the moment has come to take up again the moral codes built throughout history: without weakening them, in order to problematize them, to renew them in the face of new singularities.

3. Humanism is a feminism. The liberation of desires could only lead to the emancipation of women. The battle for economic, legal and political parity, necessitate a new reflection on the choice and responsibility of motherhood. Secularization is until today the only civilization that lacks a discourse on motherhood. This passionate bond between mother and child, through which biology becomes meaning, alterity, and word, is a "reliance" that, different from the paternal function and from religiosity, completes the participation in full in the humanist ethic.

4. In order that the desires of men and women be rekindled, Humanism teaches us to take care of them. The loving care for each other, the care of the earth, the young, the sick, the disabled, the elderly dependents, constitute inner experiences that create new proximities and surprising solidarity. We have no other way to experience the anthropological revolution, already announced by the leaps of the sciences, from uncontrollable processes of technology and finance, and the inability of the democratic model to channel the new pyramid.

5. Man does not make history, we are history. For the first time, homo sapiens is capable of destroying the earth and himself in the name of his beliefs, religions or ideologies. Similarly, for the first time men and women are able to reassess in total transparency the constituent religiosity of the human being. The diversity of our meeting here in Assisi, shows that this hypothesis of destruction is not the only possible one. No one knows what human beings will follow us, we who are engaged in this unprecedented anthropological and cosmic transvaluation. The re-founding of humanism is not a providential dogma or a spirited game, it is a gamble.

Ladies and Gentlemen,
the age of suspicion is no longer enough. Faced with increasingly grave crisis and threats, the time has come to gamble. We must dare to bet on the continuous renewal of the capacity of men and women to listen and learn together. So that, in the "multiverse" surrounded by a void, mankind can continue to pursue his creative destiny for a long time to come.
Julia Kristeva, Assisi, 27 october 2011

Email ThisBlogThis!Share to TwitterShare to FacebookShare to Pinterest
"Anyone who says they have only one life to live must not know how to read a book" ~ Author Unknown
"Thinking about something is like picking up a stone when taking a walk, either while skipping rocks on the beach, for example, or looking for a way to shatter the glass doors of a museum. When you think about something, it adds a bit of weight to your walk, and as you think about more and more things you are liable to feel heavier and heavier, until you are so burdened you cannot take any further steps, and can only sit and stare at the gentle movements of the ocean waves or security guards, thinking too hard about too many things to do anything else"
(Lemony Snicket, "The End")
Who is Lemony Snicket? This is a question that has been uttered by many a child since last millennium.
The famous author of the “A Series of Unfortunate Events” books is shrouded in both myth and mystery, and has shunned publicity after a scandal that saw Mr Snicket exiled from his hometown several decades ago.

His tales of the orphaned Baudelaires – Violet, Klaus and Sunny – and their attempts to avoid imprisonment, torture and death at the hands of their evil, distant relative Count Olaf have captivated and chilled hundreds of thousands of children and adults around the world. The series has sold over 60 million copies worldwide – including five million in the UK – and have even been turned into a film starring Jim Carrey, Billy Connolly and Meryl Streep.

But with the 13th and final book in the series now published, many wonder what the mysterious author has next. Fortunately, the many can now quiz him in a live webTV show about what he’s been doing and what they can expect from the new series, which at this stage cannot be named (for fear of jeopardising the final stages of Mr Snicket’s investigations).

Lemony Snicket was born before you were, and is likely to die before you as well. His family has roots in a part of the country which is now underwater, and his childhood was spent in the relative splendour of the Snicket Villa which has since become a factory, a fortress and a pharmacy and is now, alas, someone else's villa. Due to the world-wide web of conspiracy which surrounds him, Mr. Snicket often communicates with the general public through his representative, Daniel Handler. Mr. Handler has had a relatively uneventful life, and is the author of three books for adults, The Basic Eight, Watch Your Mouth, and Adverbs, none of which are anywhere near as dreadful as Mr. Snicket's.
www.unfortunateevents.com 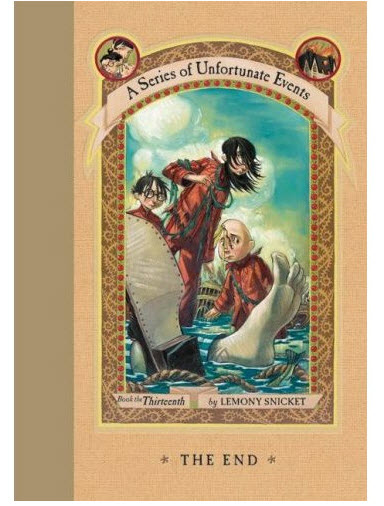