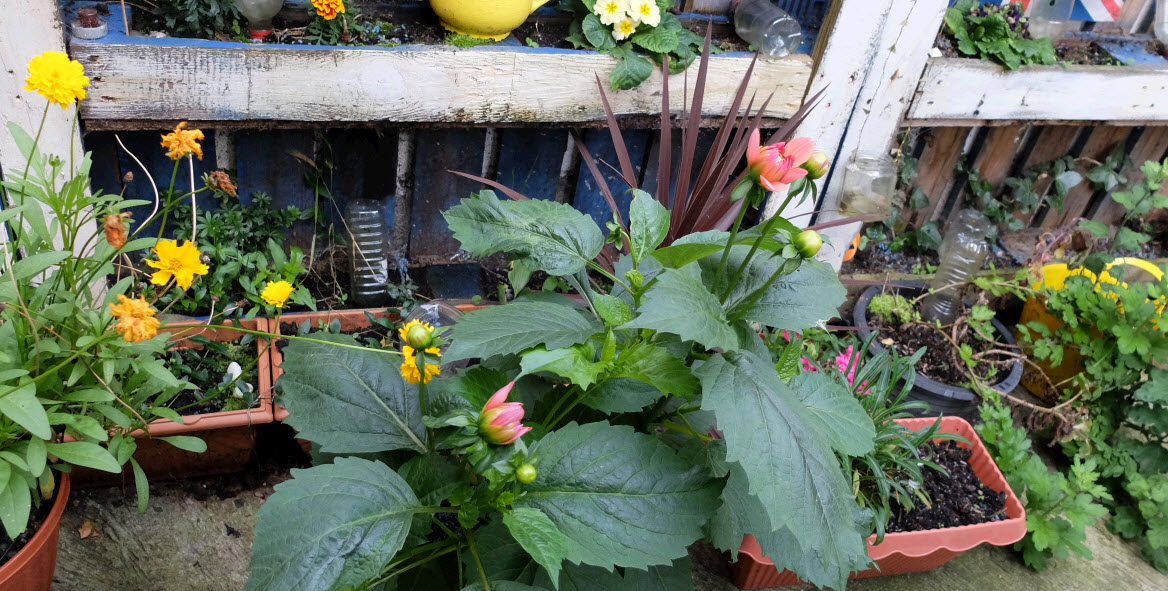 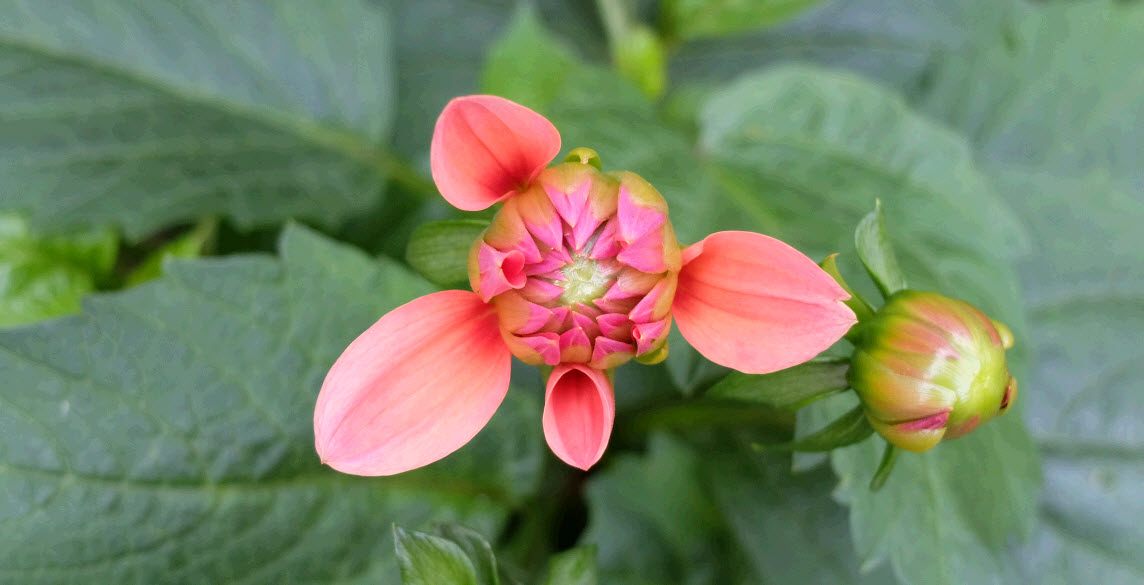 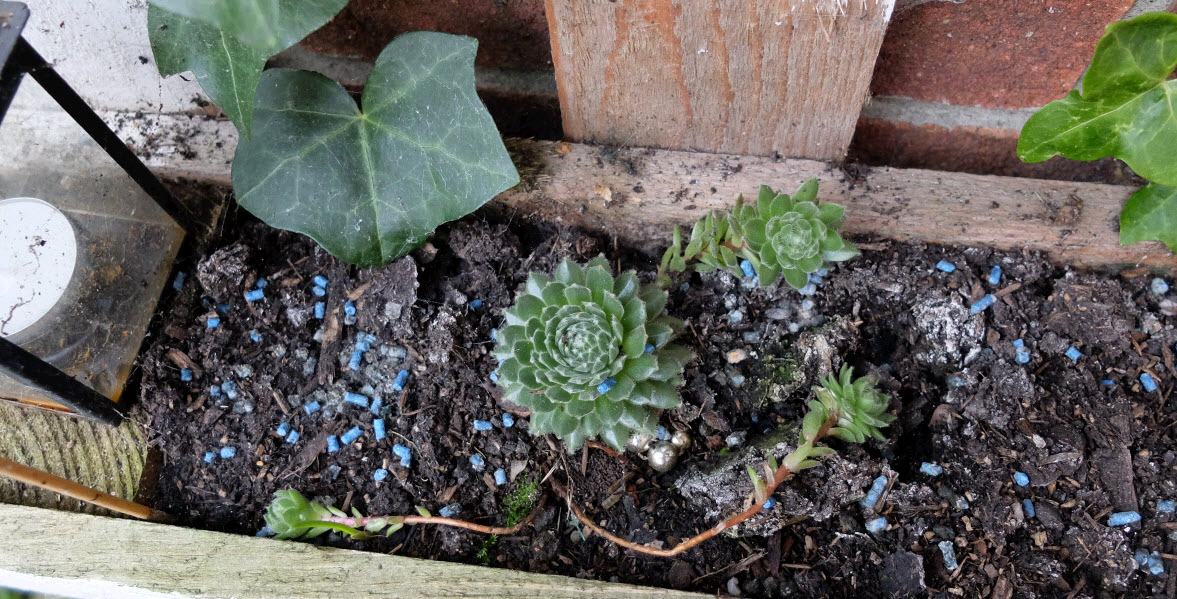 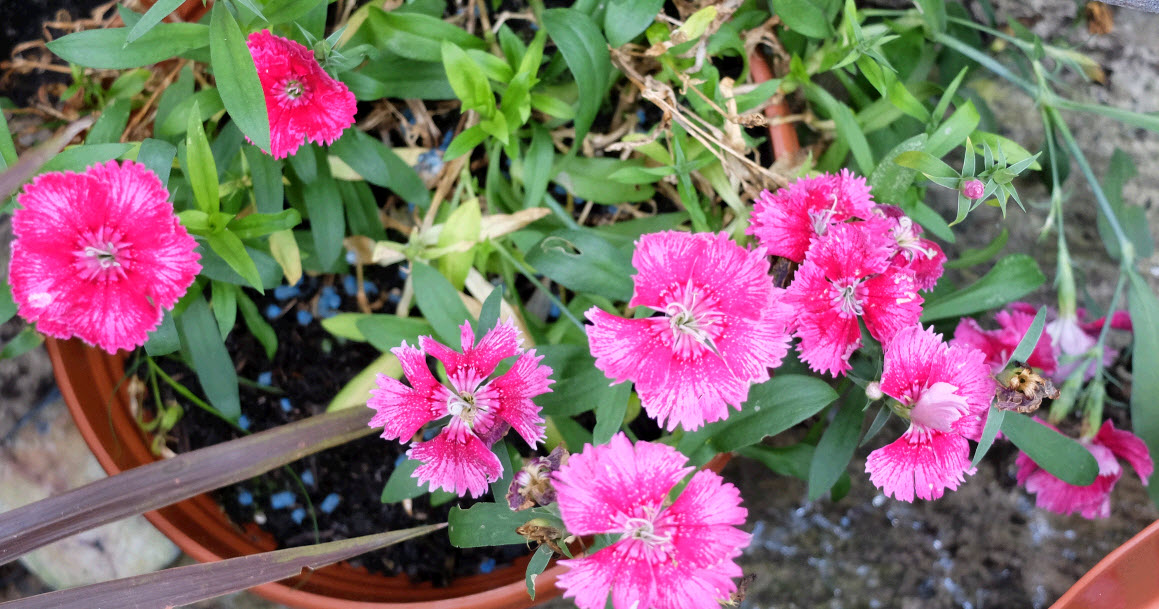 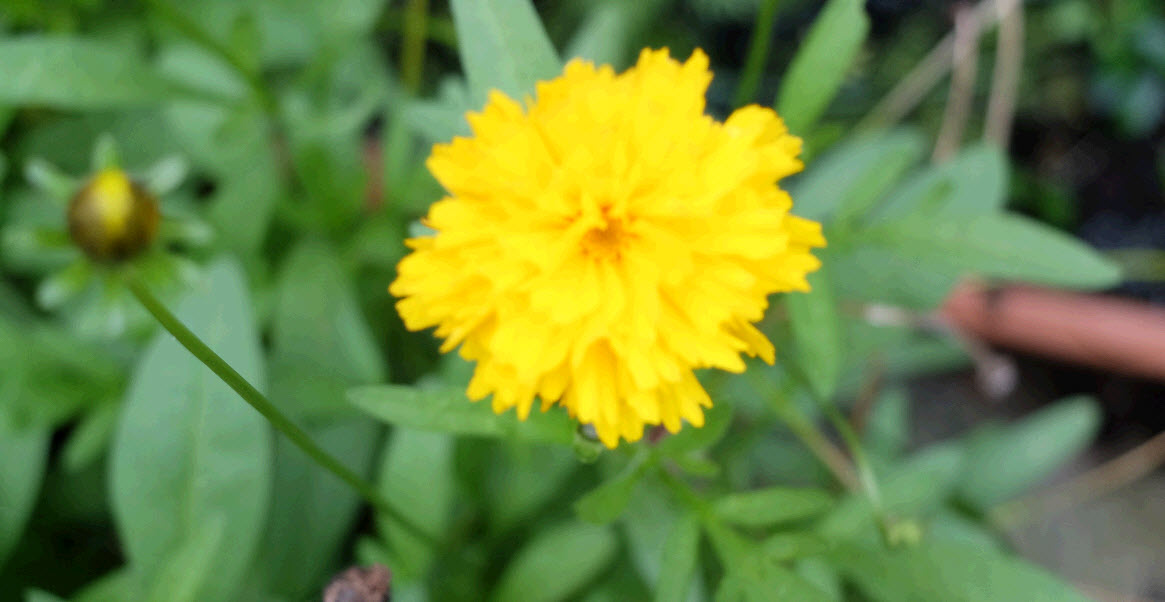 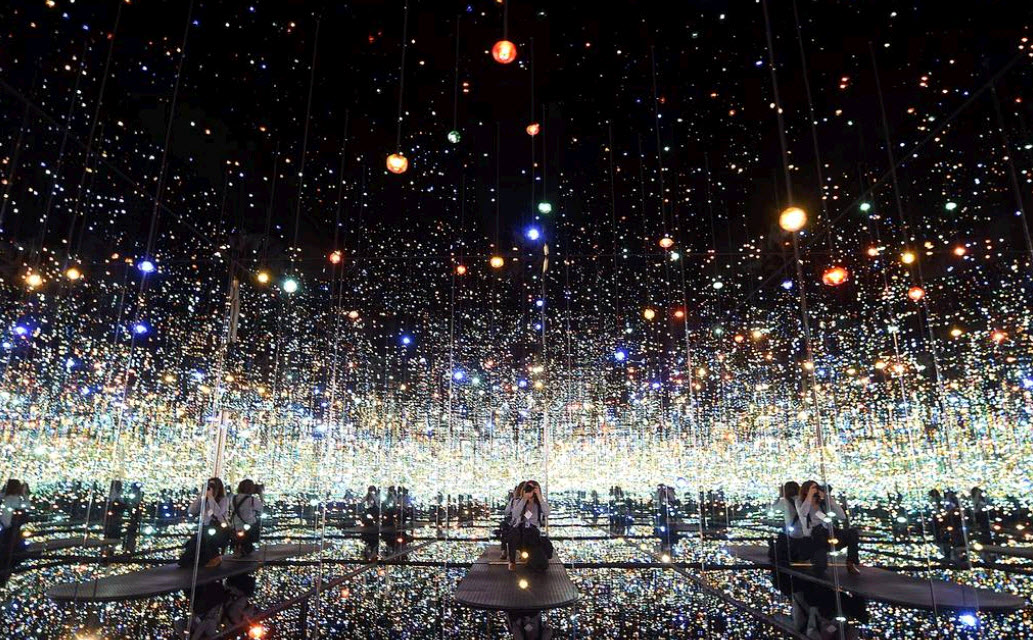 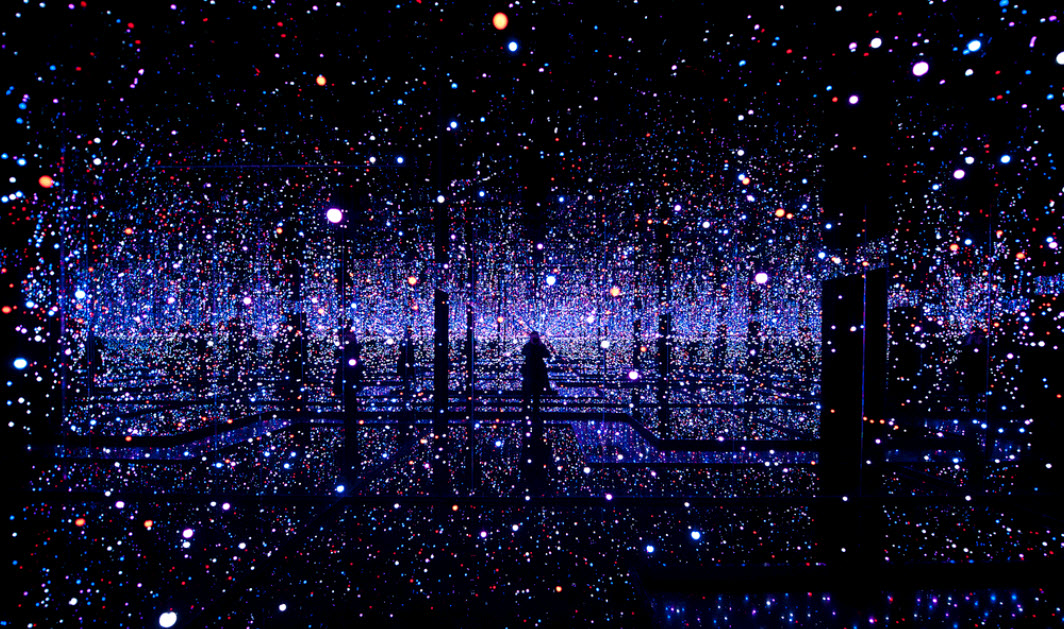 “Mirrored Room” offers a little something for everyone. It is a reflection on death and the afterlife. It is a planetarium contained in a room the size of a large walk-in closet. Cosmic and intimate at the same time, it merges inner and outer space, science and mysticism, the personal and the impersonal.

It also makes for the ultimate selfie. One click and there you are, floating in the universe, or rather, multiple yous, replicated over and over.

Ms. Kusama, the Japanese artist, now in her 80s, has stimulated a very contemporary set of nerve endings. Her recent work dovetails with a surge in artwork designed to propel viewers into an out-of-body experience.

Modern Art Explained In One Comic


Modern Art Explained In One Comic by by John Atkinson

Have you ever felt lost at your local modern art museum? Modern art can be confusing for many, but this wonderful comic by John Atkinson, the artist behind the Wrong Hands comic, will get you caught up on everything you missed in art class.

The comic is in good fun, but some of the representations really aren’t very far off the mark at all. Which art movement do you think his comic does best? 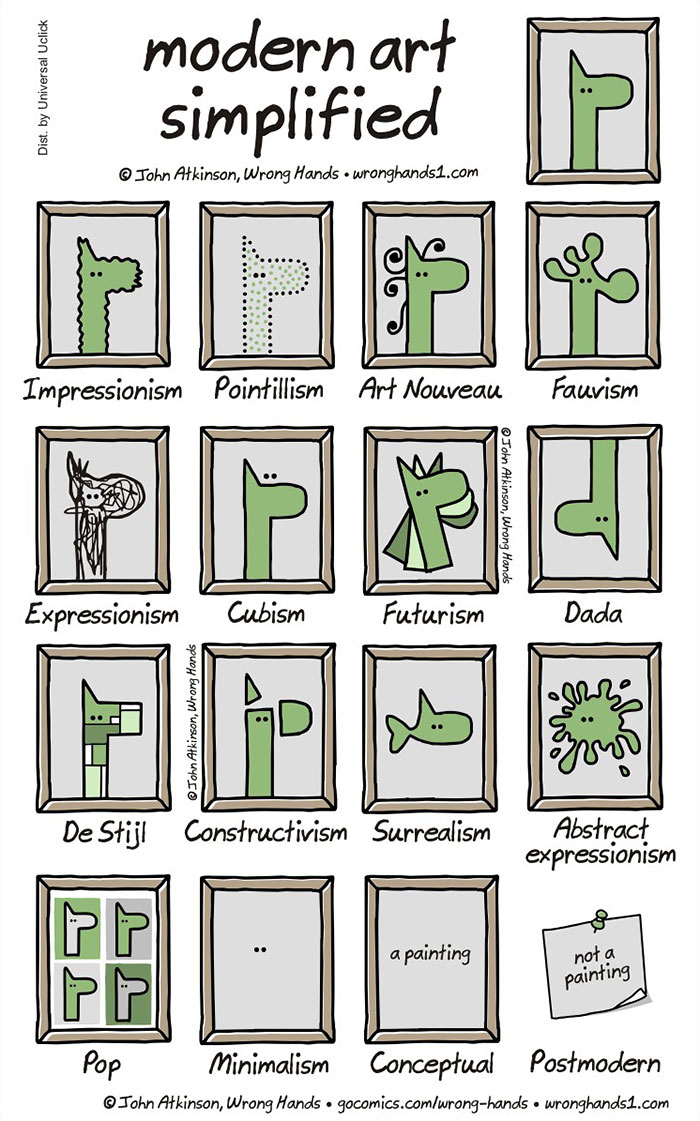 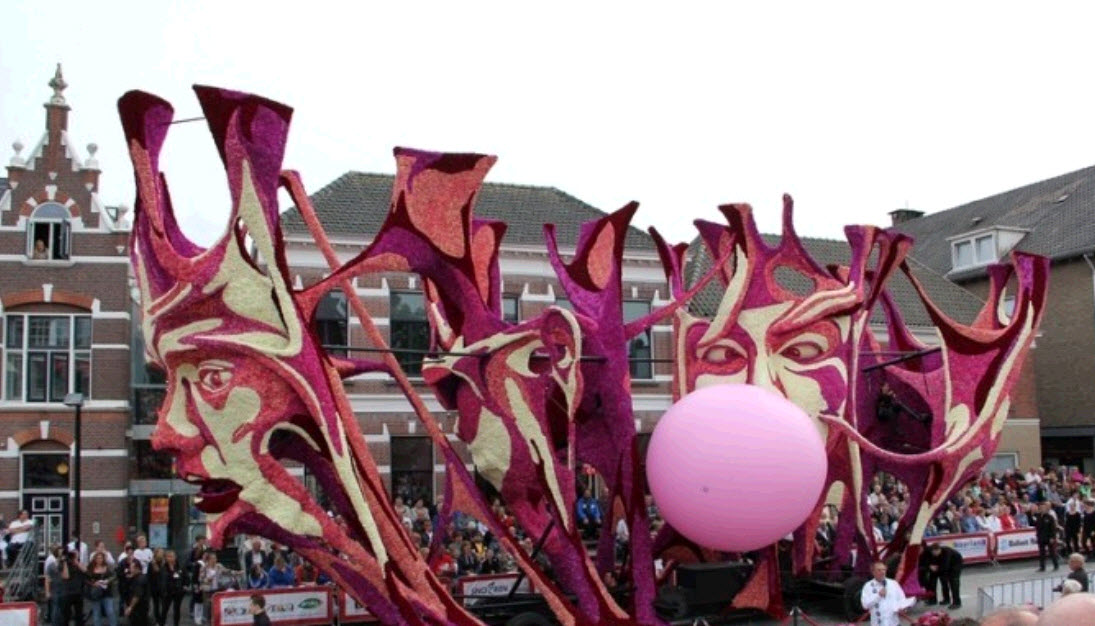 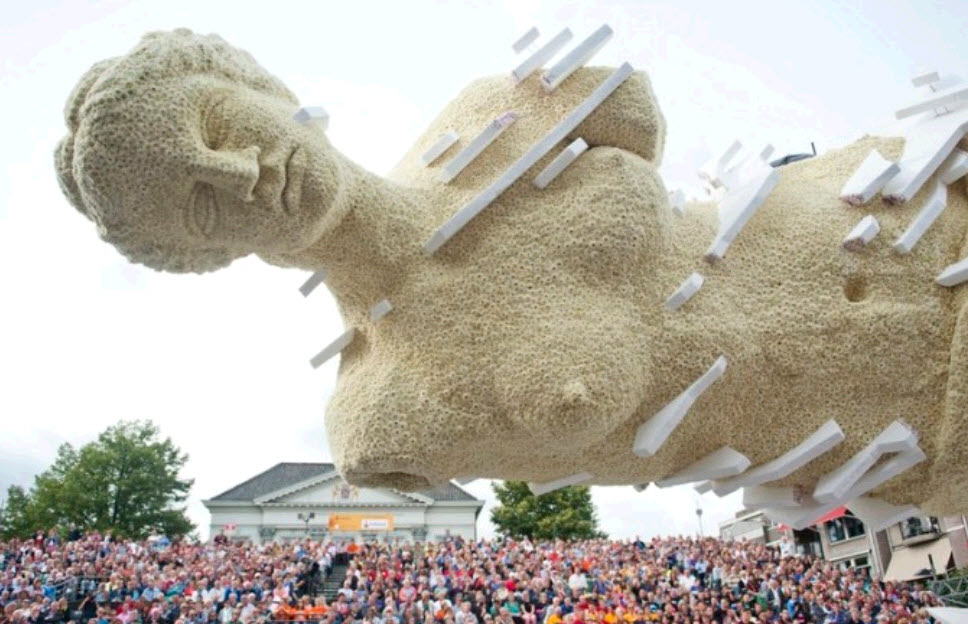 It’s amazing what a bunch of cardboard, wire, and flowers can do. Step into the Bloemencorso Zundert, and you’ll be blown away by huge, imaginative sculptures painstakingly covered with multi-colored dahlia blooms in intricate detail. The biggest of its kind in the world, the Zundert Flower Festival truly belittles every other flower festival there exists.

Held every first Sunday of September, the Bloemencorso Zundert is the life and love of the small-town community of Zundert, Netherlands, where the festival takes its roots. Everyone in town is part of the event, and each district competes with another in this massive design contest. Preparation for the festival is a year-long affair, reaching its most excited state during summer, when float construction takes place. It is this time that hundreds of volunteers are gathered to work all summer long. Since the flowers have to be fresh for the big day, volunteers can only begin to plaster the thousands of dahlias on the float on the Thursday before the parade. Since winning the competition is equivalent to the biggest prestige you can earn in town, the townspeople work their best to bring their wondrous sculptures to completion


On the day of the parade, the winning float is stopped in its tracks by the judges, resulting in numerous emotional breakdowns of the victorious participants. After the parade, the floats are parked outside for public exhibition for another day. The next day they are demolished to bits, and the cycle starts anew. 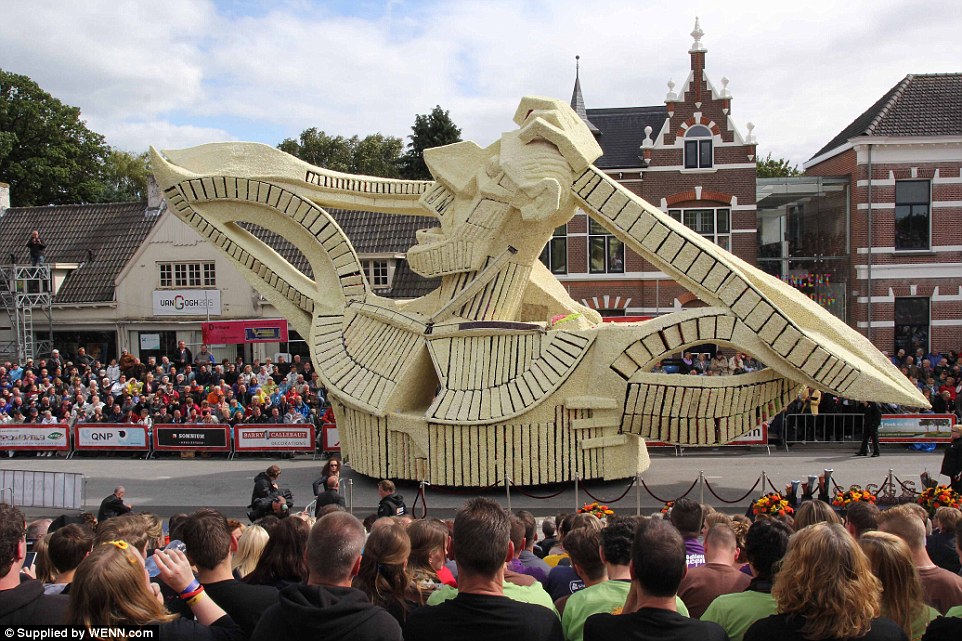 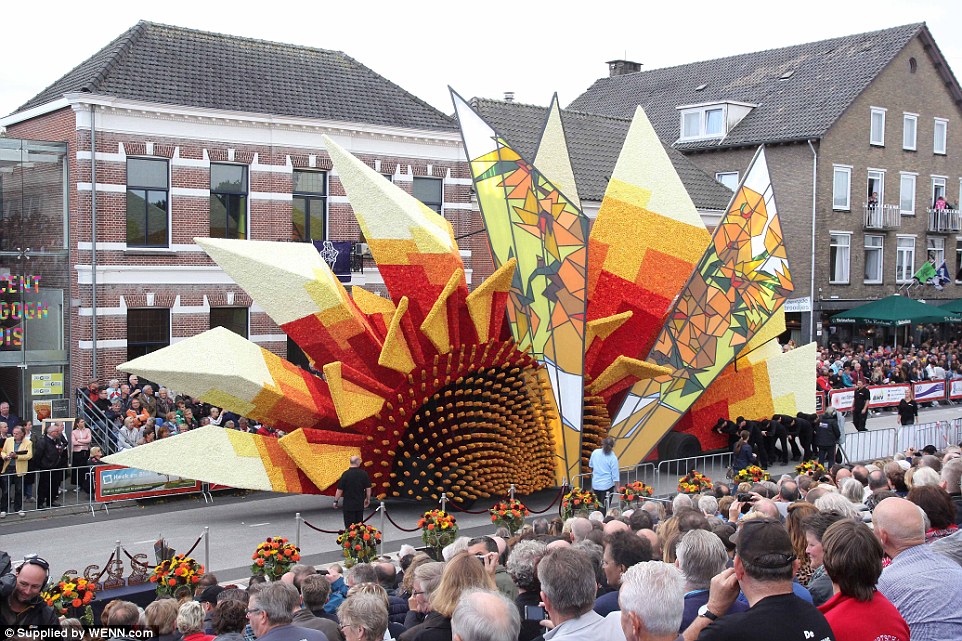 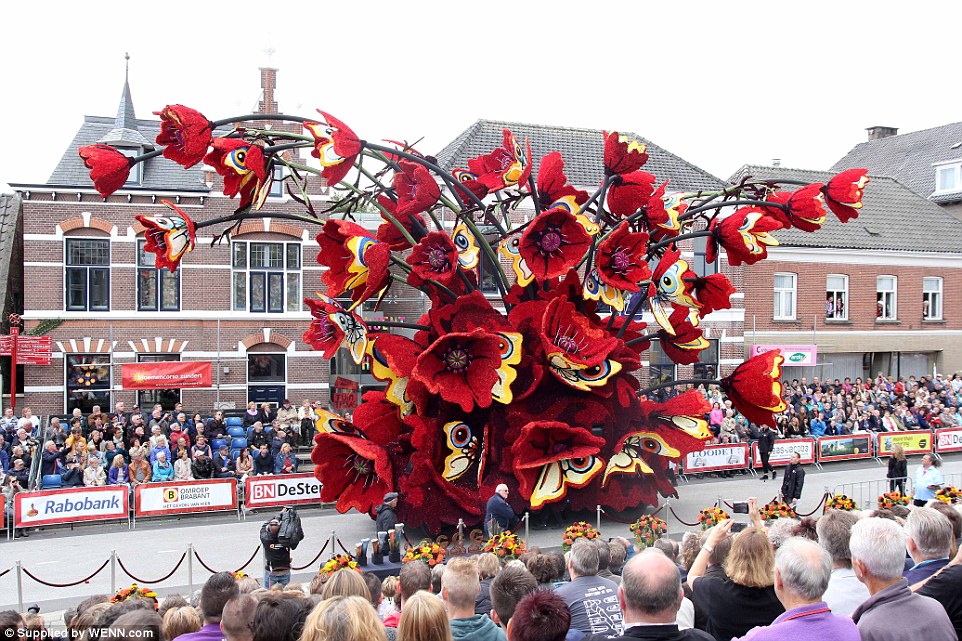 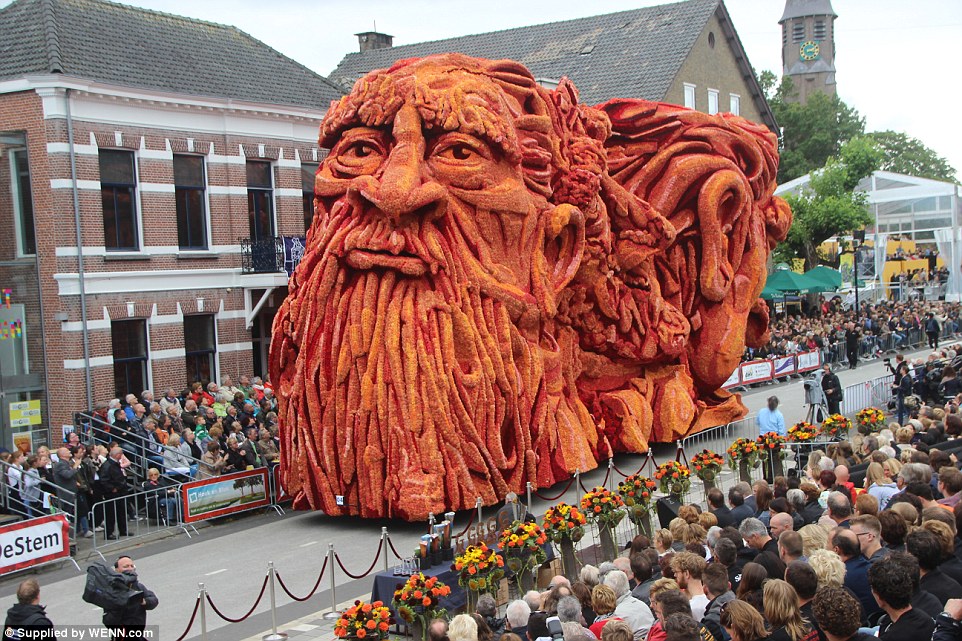 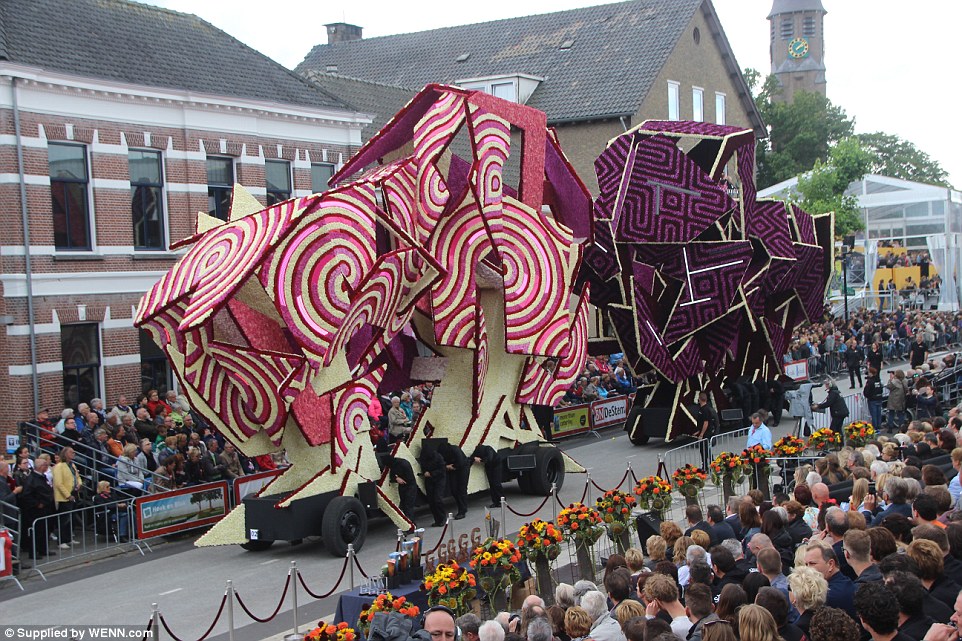 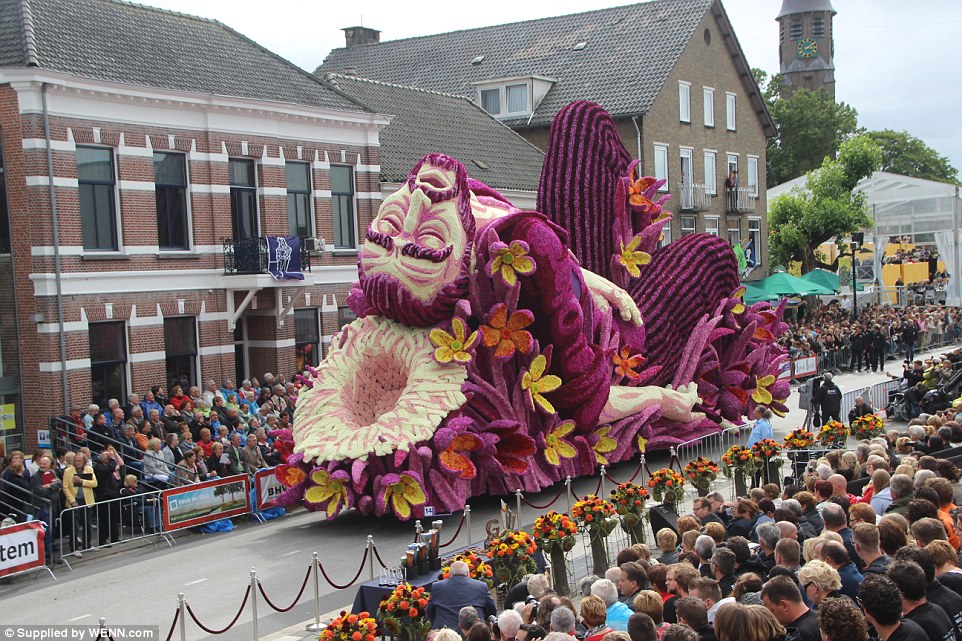 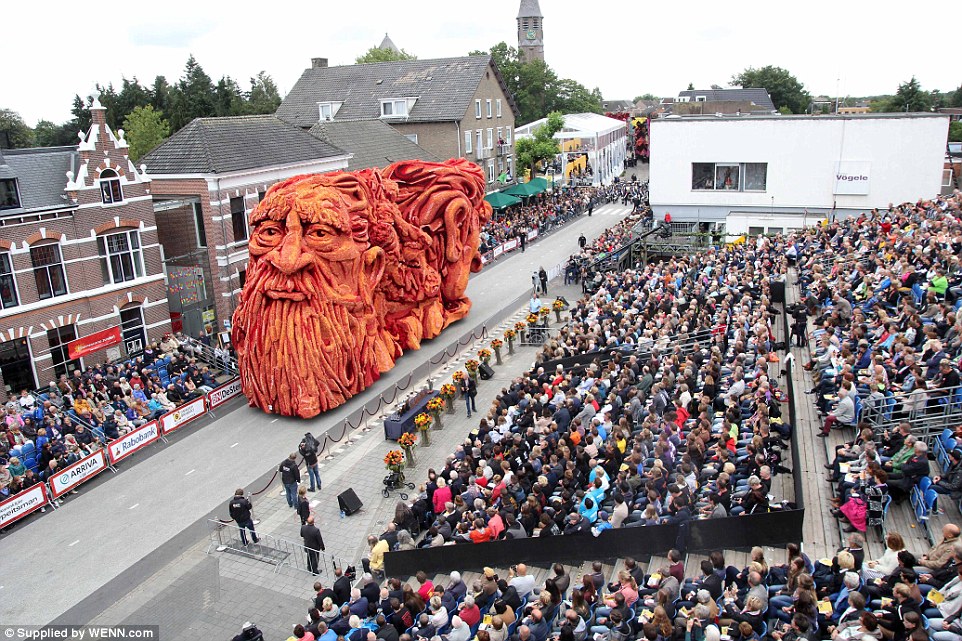 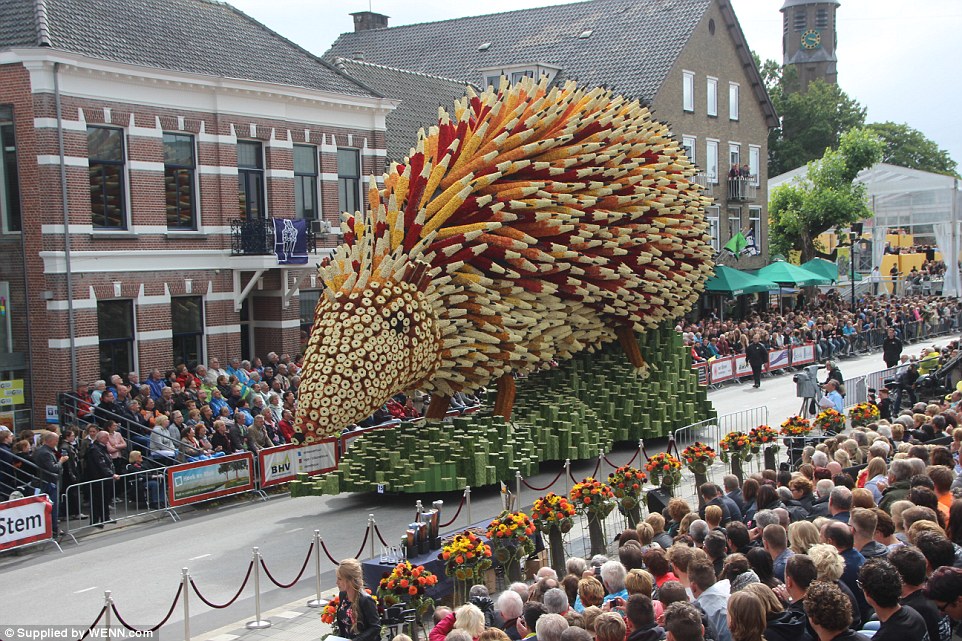 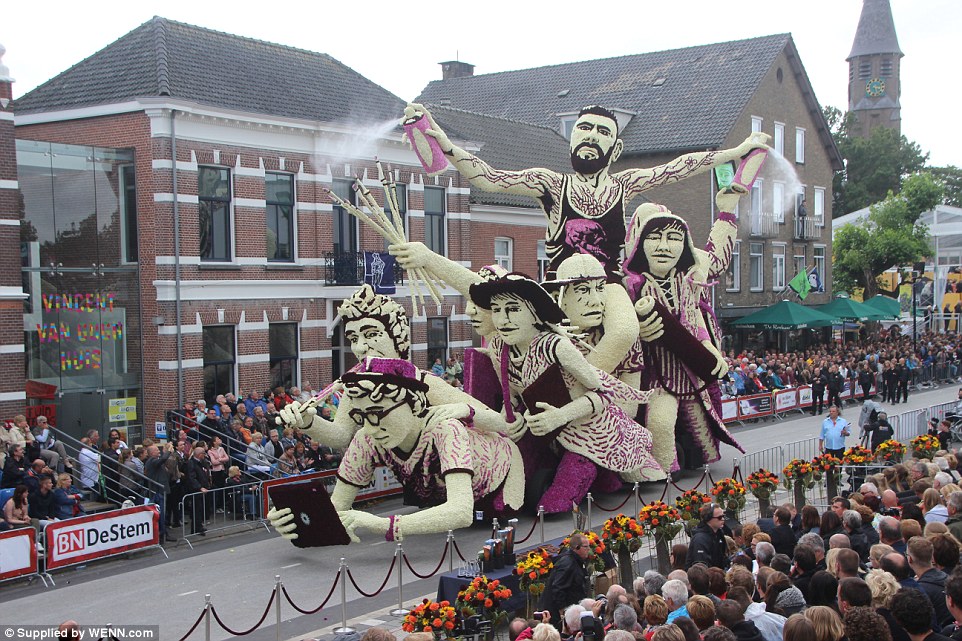 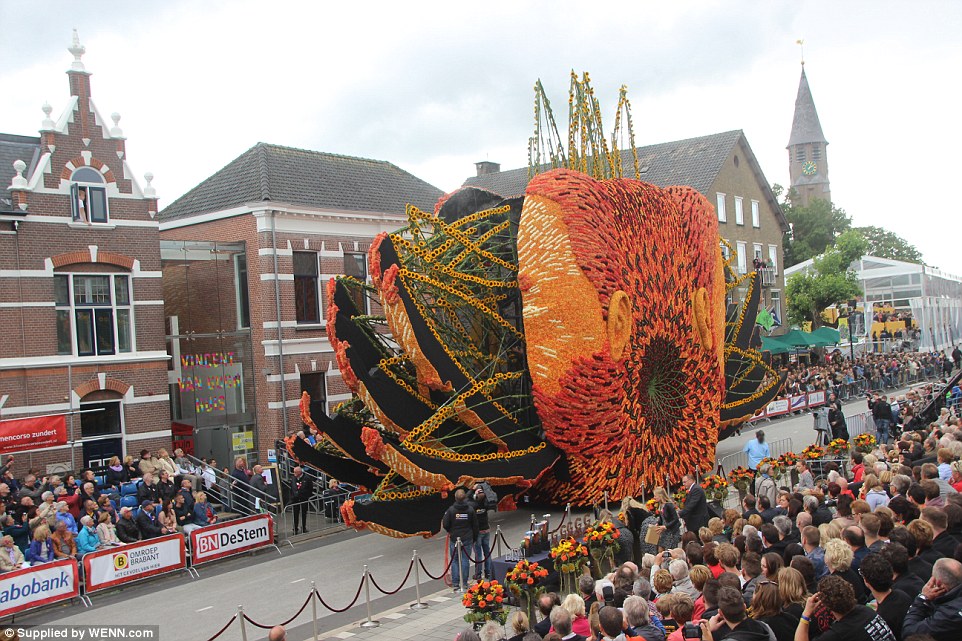 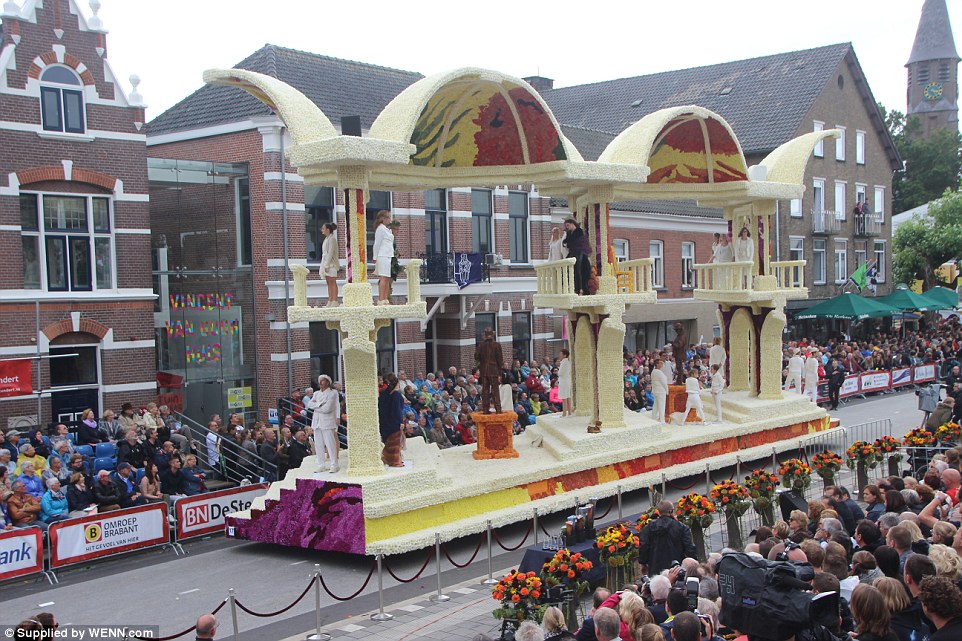 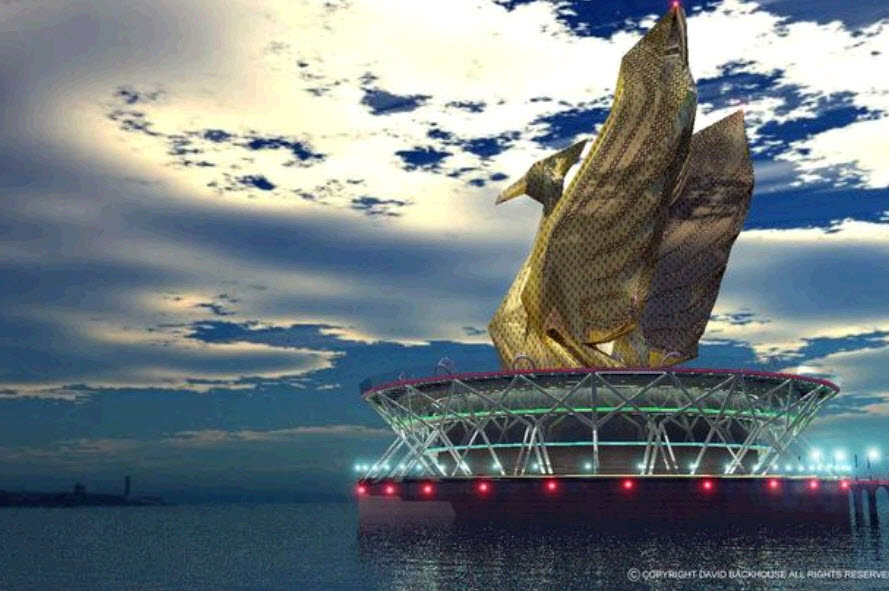 These incredible artist impressions reveal how a giant 23-storey Liver Bird could nestle on the River Mersey - if an architect’s ambitious plans come to fruition.
Architect David Backhouse, who was involved in designing The Cavern Walks arcade in Mathew Street, believes the 100m tall building would give Liverpool an attraction to rival New York’s Statue of Liberty.
Unveiling the plans for the would-be landmark, which he said would use solar panels and turbines to be totally self-sufficient, he is now looking for investors to back the project.
Mr Backhouse said he first thought of the idea, which he estimates could cost up to £250m, around 30 years ago and has spent the last decade refining, planning and costing the structure.
The building, called ‘Homecoming, Statue of Liverpool’, would house an atrium on every floor and accommodate uses ranging from a luxury hotel and apartment complex to specialised shopping outlets and creative spaces.

A split-level restaurant would be located behind the Liver Bird’s eyes, offering a panoramic view of Liverpool and projects being considered for the building include a genealogy museum linked to New York’s Ellis Island.
Mr Backhouse, who also worked on the Cavern Club and is leading the project with site engineer Peter Foo and Gary Morris, said: “This is the culmination of an idea we had nearly 30 years ago now. The concept has never been far from my thoughts throughout my years of working on many prestigious Liverpool-based projects.
“I’m so pleased now to finally present the idea to both the city and the world.”
The team behind the project say they have consulted tidal experts and engineers in a bid to make the statue totally self sufficient, with power to be provided through wind turbines within the ‘wings’ of the structure and tidal turbines underneath the 100m diameter nest the Liver Bird would sit in.
Solar panels would also be used on the structure. Its positioning has been drawn up based on advice from river pilot John Curry.
Looking for investors to back the project, which would sit in the Mersey near the city centre, the design team said they want to “help create something for the city that will be a source of pride” and that “will symbolise the tradition of the city but more importantly the essence of the new Liverpool in the 21st century, exciting and self-sustaining”.