The Lord Yarborough monument can be seen for many miles in most directions on a fine day.
The memorial was constructed to celebrate the life and sad death of Lord Yarborough who was the first Commodore of the Royal Yacht Squadron and he loved the sea with a passion.
In 1846 Lord Yarborough died suddenly on board the 'Kestrel' his own vessel whilst in Virgo, this was a sad occurrence as he was unaccompanied by any of his family. The Royal Yacht Squadron Committee put up £200 towards a Nautical Monument at some appropriate spot in the Isle of Wight to perpetuate his memory. 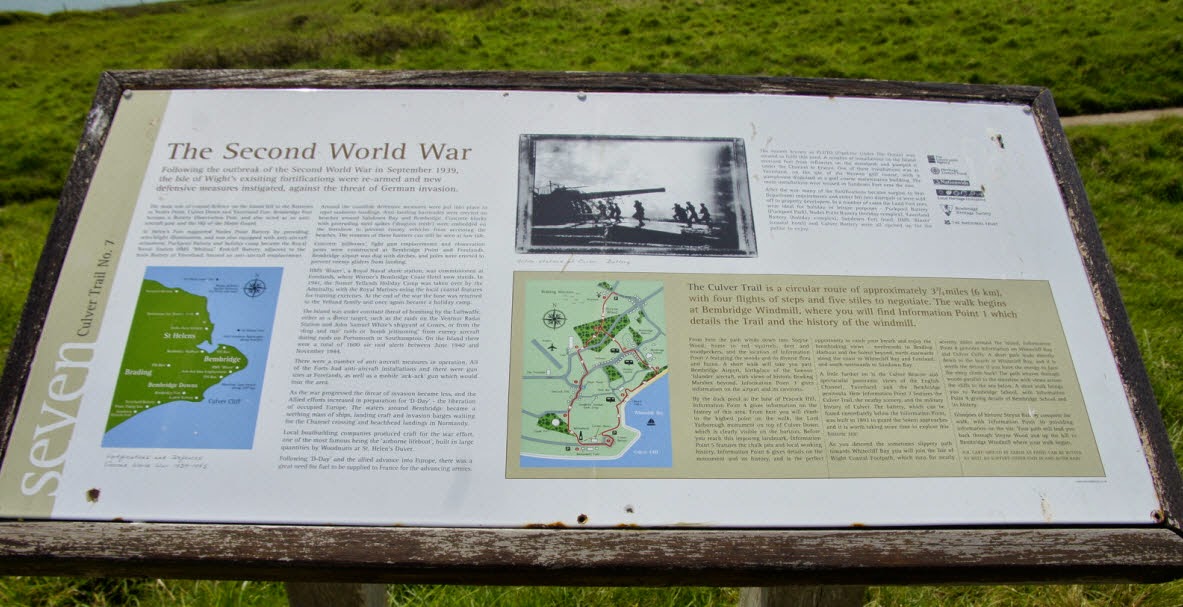 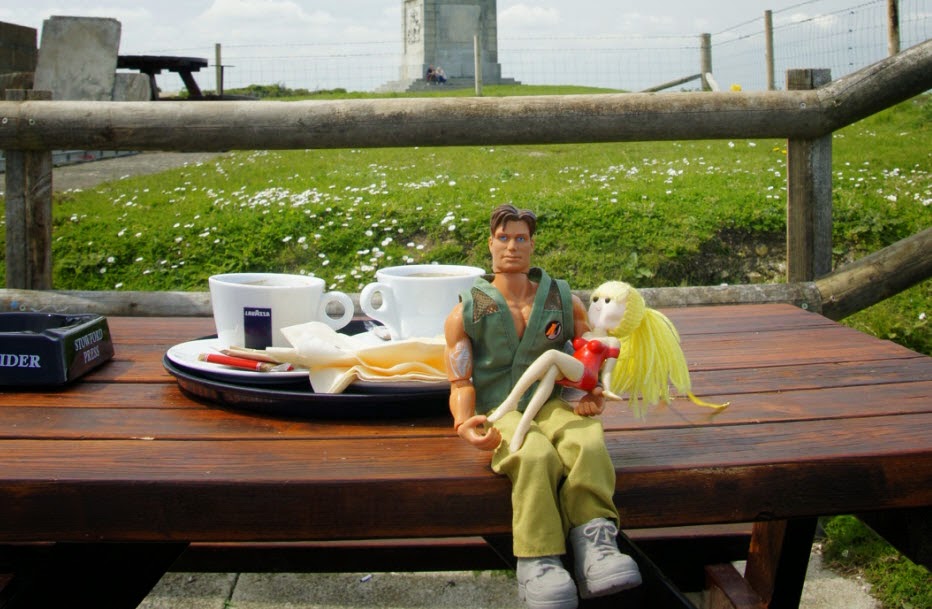 The 8 wonders of the Wight

The Isle of Wight has its very own eight wonders (one more than the world!)…

The Isle of Wight is said to be the most haunted Island in the world!

Many thousands of ghosts, spirits, poltergeists and apparitions are said to haunt the Isle of Wight or 'Ghost Island'- the world's most haunted island. This incredible supernatural activity may be due to powerful unseen energy or 'ley' lines running under the Island, which attracts thousands of ghost-hunters from all over the world.
Ghosts and spirits abound here in some very haunted hotspots. Ghost Island boasts everything - from phantom monks, grey ladies and poltergeists - to the shades of smugglers, soldiers, Royalty and Romans.

Often referred to as the Garden Isle, the Island is home to many rare plants and animals. Of particular importance is the thriving population of Red Squirrels, which have been ousted from many mainland habitats by the larger more aggressive grey squirrel.
There is a regular chain ferry service, which enables pedestrians and motorists to travel from Cowes to East Cowes, across the Medina River.
Parkhurst Forest was recorded in the Doomsday Book as a royal hunting forest, which at that time extended as far north as Cowes, hence the village name of Northwood.
Sir Robert Holmes, a swashbuckling pirate and friend of Charles II, lived in the building which is now the George Hotel, Yarmouth. It was Holmes who introduced the Guinea into the British currency, when he brought back gold from New Guinea. Although he became Governor of the Isle of Wight, his piratical inclinations were still evident by the way he was determined to rid home waters of foreign ships, apparently regardless of the legitimacy or otherwise of their business. He waylaid a ship en route to France and discovered a statue, minus its head, which was destined for the court of King Louis XIV, where the sculptor was to complete the head from life. Commandeering the stature and sculptor, Holmes made him complete the head to his own likeness. The statue can be seen today in St. James Church, Yarmouth.
Bonchurch is the Island's best preserved Victorian village, which attracted many writers and artists, such as Charles Dickens, Lord Macaulay, Karl Marx and Thackeray. The poet Algernon Charles Swinburn spent his childhood at East Dene and is buried in the churchyard of the new St. Boniface Church. Also buried at the church is Admiral Jellicoe (Battle of Jutland fame), who lived at St. Lawrence and Elizabeth Sewell, author and educationalist, who was a local resident for over 50 years.
Famous Victorian Samuel London, said then to be the biggest man in the world, died in 1844 and his tomb can be seen in the graveyard of the Church of the Holy Cross, Binstead.

The Isle of Wight is acknowledged as the most haunted island in the world!
According to various books and websites, including the ghost experts Gay Baldwin and Marc Tuckey of the fantastic www.GhostIsland.com, this much loved British holiday destination is abundant with supernatural activity, which for some counts as one of the attractions on the Isle of Wight. This is partly due to the ‘ley’ lines running underneath the island. To you and me, these are lines of ‘powerful, unseen energy’. These ley lines, along with the fact that the island is rich with many historic buildings and suitably spine-tingling historical stories of murders and dastardly deeds, attract ghost hunters on a global scale. I would imagine that these ghost hunters also find time for an ice-cream on one of our beautiful beaches, or a good meal by a roaring pub fire while they are here too of course!

The Isle of Wight occupies a relatively small area of 147 square miles and is home to only around 132,000 residents. However, it is said that thousands of ghosts, spirits, poltergeists and apparitions haunt various locations on the Isle of Wight. Out of the many ghost stories reported on the island, some stand out as the most tragic…

Perhaps a particularly disturbing ghost story, due to being about a little girl, is a ghost who haunts Arreton Manor. She has regularly been sighted, in a blue dress and crying ‘Mama, Mama.’ She was cruelly murdered by her big brother, who pushed her out of an upper floor window when she discovered him trying to suffocate their father for the inheritance. She is not the only ghost at Arreton Manor – the TV programme ‘Most Haunted’ recently visited the site to investigate the paranormal activity for themselves, along with Ghost Island’s Marc Tuckey.

One of the most haunted locations on the island is apparently the Ventnor Botanical Gardens. This was originally the Old Royal National Hospital treating tuberculosis. Thousands of patients died there and the ghosts of some stay on. In 1969, the site became a botanic garden but according to some, long-dead patients are still seen and their groans heard there today.

The most well-known ghost said to linger on the island is probably Queen Victoria herself. Osborne House in East Cowes was her holiday home, although she spent much time there. Other spirits remain too, including some royal children, the ghosts in the gardens, the woman in black who stands at the window and the murdered maid. 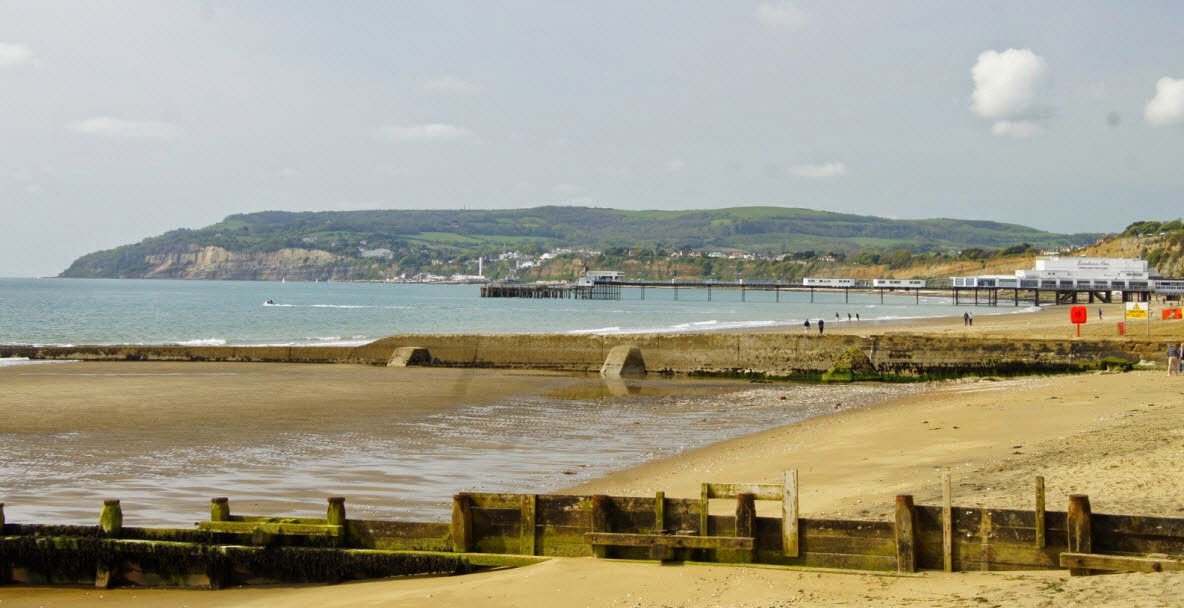 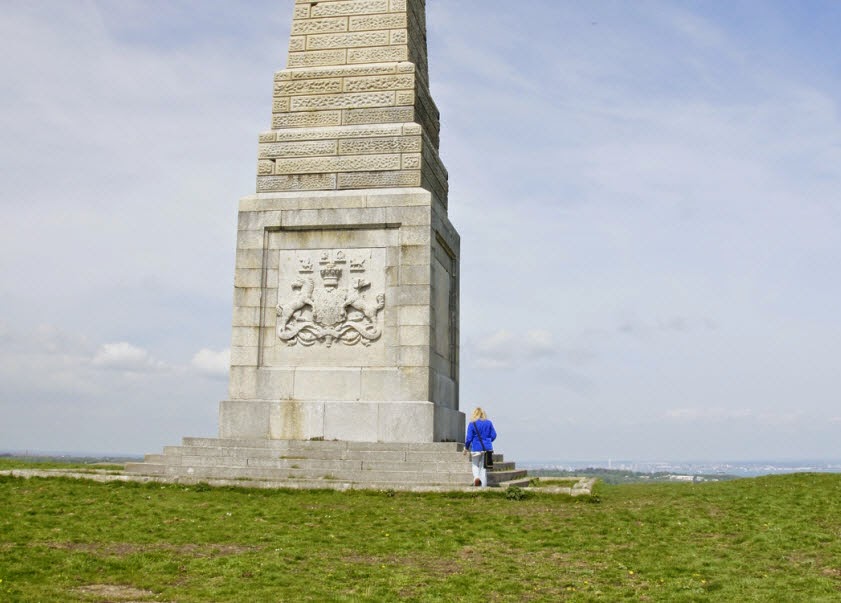