As her inaugural UK museum exhibition opens at Tate Liverpool, the Latvian painter talks to AnOther about fashion, the trouble with the nude, and her unapologetic vision of femininity 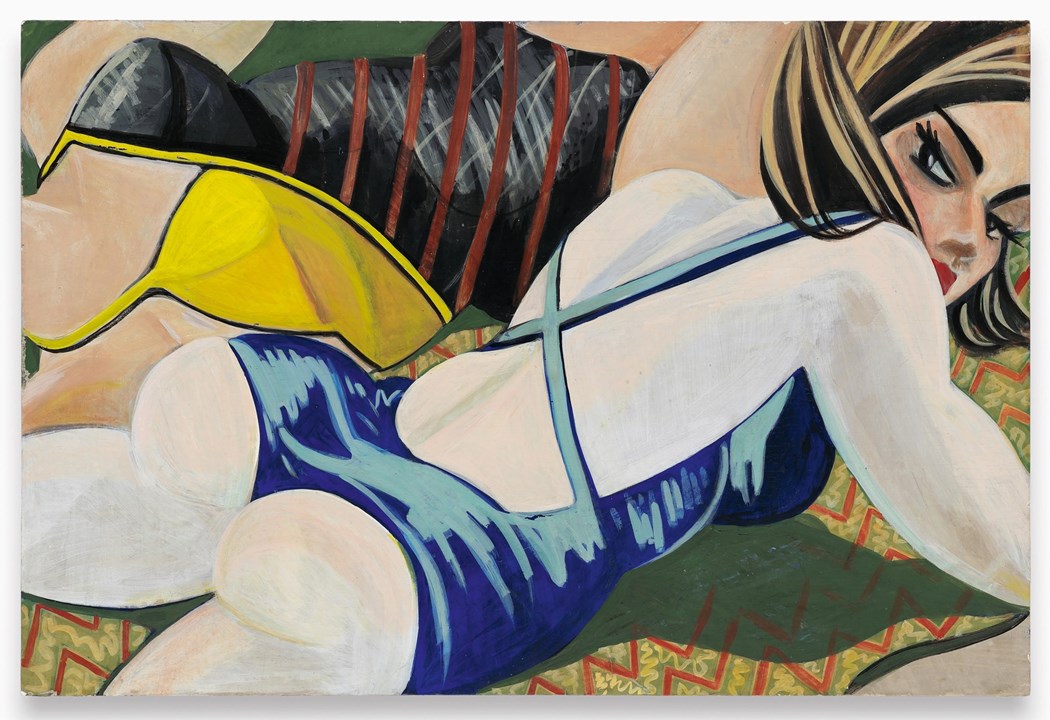 
Ella Kruglyanskaya’s work is punchy and powerful. The moment you see one of her paintings, you can’t help but be swept up by the dizzying colours, cartoonish forms, and effervescent female energy that radiates from the canvas: she depicts moments of hysteria, conflict, emotion and tension, often between two women, and she wraps her figures in animated apparel which both fragments and distorts her viewer’s perception through vibrant and distracting patterns. These paintings – which seem to draw as heavily on the world of Fellini’s La Dolce Vita as they do the evocative cartoon-y shapes of Minnie Mouse – are a pop culture-infused riposte to the excessive, patriarchal image culture that surrounds us every day. 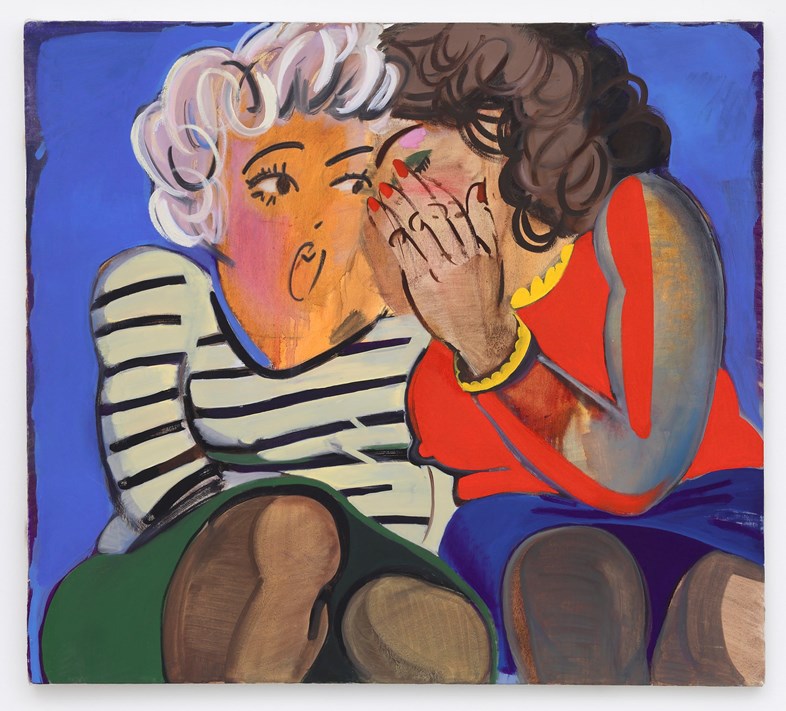 
One possible answer which emerges is concerned with the hybridity of painting: Kruglyanskaya creates a dialogue between drawing and cinema, fashion, graphic design, art history, German expressionism, early 20th century still life, industrial design, and the idea of form and function. In a time when we find ourselves drowning in images, Kruglyanskaya’s figures – who wear clothes as though they were collages which open up the painting into other worlds – are an articulation of this visual inundation. “The tension between the real and the imaginary is also crucial in Ella’s work,” says Straine. “Especially in her recent pieces, she often represents paper, and a drawing will take place as a version of itself within the painted surface. There is a real trick of the eye moment when you enter the gallery space. You’re not quite sure what you’re seeing.” We caught up with Kruglyanskaya as the exhibition began its run at Tate Liverpool to find out more about her approach and practice.

This week, Tate Liverpool opens the first museum exhibition by the New York-based Latvian painter, presenting a selection of her work from the past ten years as well as debuting new artworks made in 2016. As Stephanie Straine, the museum's assistant curator, points out, Kruglyanskaya’s exhibition sits neatly alongside two other solo artists, namely Francis Bacon and Maria Lassnig, in the gallery’s programme. “On a very basic level, these three artists are concerned with the human figure, but then their practice diverges significantly,” Straine says. “Ella’s art also presents a larger question, and that’s: ‘What does it mean to continue to paint in 2016?’” 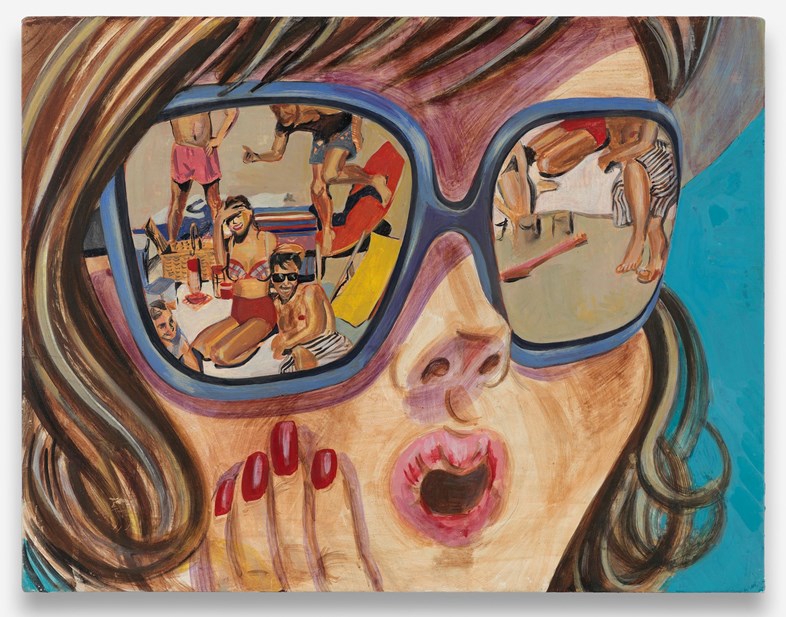 On finding your niche…
“When you start out, you don’t know what your interests are. Your job is to find them. It took me many years to articulate and realise that what I’m actually interested in is painting the figure. I started out by avoiding it; painting it seemed very loaded.

At the time, I was drawing and painting from the imagination, I didn’t want to copy other existing images because something different happens when you’re representing something that already exists. I started drawing these imagined faces and figures, and there was a difference. It’s not that I don’t use paintings from other sources in my work – I do actually – but I like to play with the illusion of what a painting can create. You can make something that looks very realistic, but what is it? Is it a piece of paper, or is it a painting of paper? That tension, between something that comes completely from my imagination and something that comes completely from reality, is interesting to me.” 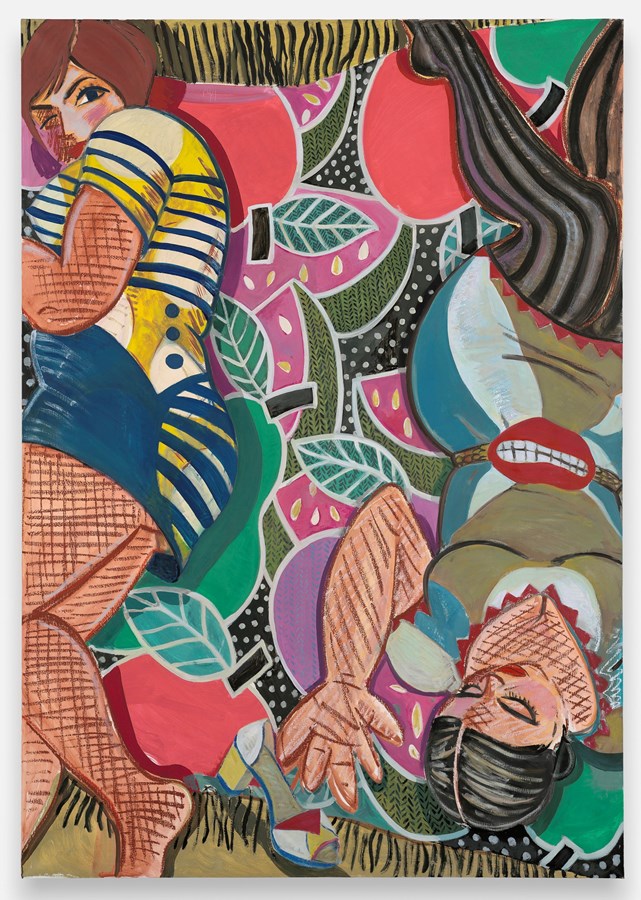 On the role of fashion in her art…
“Fashion is important to me, I don’t dismiss it as this light thing. It can be light, but it can also be profound, and it involves so many different aspects and artistic endeavours, it's so bundled up with the way that we present ourselves and the history of design. But I’m definitely not interested in fashion for fashion’s sake. I use certain elements of clothing for the composition: I would use stripes, for example, in a way so that they break up the body. In a painting, it fragments the body in this aggressive, visual way, and I sometimes use the clothing for that purpose. It fragments and creates a visually jagged pictorial space.”

On ‘the nude’…
“The nude is the opposite to the woman in fashion. My attitude is that I want to represent these women that are very active, that’s an important feature of my work. In my mind, it’s difficult to be active in the nude. When you look at the nude, you’re just consuming her. It’s not like she can fight back, because it’s very difficult to fight if you’re naked.” 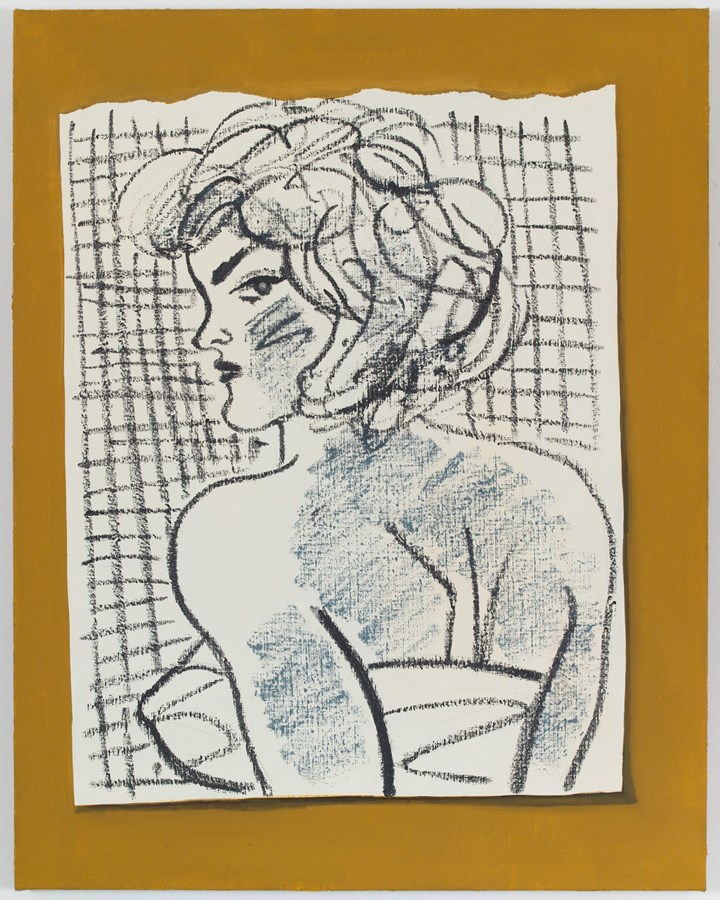