Does our self-image match our reputation?

Is Norway a “small, rich and nasty country”?

A nation of peace and an outsider
Just as with people, so too with countries: our self-image does not always match our reputation. The Norwegian Institute of International Affairs has recently examined our self-image, and found that Norwegians see their country as a nation of peace, a supporter of the UN, a generous donor to the poor, an Atlanticist and an outsider in Europe.
Better than we are? The study of self-image is not an exact science; it all depends on the eye that sees and the values that shape our view of ourselves and of the world around us. Do we believe that participation in peace processes creates peace? Do we think that our international development policy produces development? And are we lulled into believing that we are better than we really are?
The Norwegian public debate on our self-image tends to fall into two camps. One portrays us – with a touch of arrogance – as more important than we are. The other portrays us as less important than we are, and shakes our belief in our ability to influence the world around us. The truth, as is often the case, is probably somewhere between the two.
Small, rich and nasty?
In an article about Norway’s reputation published in 2001, Kristin Clemet expressed the concern that Norway had come to be known as a small, rich and nasty country. Six years later, Ms Clemet referred to these characteristics again, in an article in Morgenbladet on 18 May, under the same title “Small, rich and nasty?”
Ms Clemet describes a self-image that she herself does not subscribe to, but – without explaining what it is that makes us nasty – she does suggest that the image is a fitting one. Her assertion seems to be based on the idea that our foreign policy conceals just how marginalised Norway really is in Europe. The answer to what is a complex challenge is, according to Ms Clemet, EU membership.

Down a peg or two We can only take this to mean that membership of the EU would bring us face-to-face with reality, and would in fact bring us down a peg or two. The idea being that if we were members (and I too believe we should be), we would no longer pursue a foreign and international development policy that “only serves to sustain our partially false self-image”.
Ms Clemet considers Norway’s self-image to be unrealistic and fragmented. But is the picture she paints at one with the image the outside world has of us?
“Small, rich and nasty” does not seem to be a widely held view according to the latest studies of Norway’s reputation.
A few years ago, the British foreign policy thinker Mark Leonard pointed out that Norway’s problem was not a bad reputation, but rather a lack of reputation. People in the rest of the world do not know much about us at all.
A fair nation The Ministry of Foreign Affairs recently took the initiative for a study of Norway’s reputation compared with 40 other countries. The study, which was based on several different criteria, ranked us in 14th place, just behind Sweden and Denmark. It showed that Norway is regarded as a fair, democratic country that takes the environment seriously; and that it is associated with its spectacular scenery.
We are best known, and most highly regarded, by our closest neighbours. Further south in Europe the picture becomes more hazy. But we meet the greatest challenge outside Europe, in the major high-growth economies such as China, India and Brazil. They hardly know anything about Norway.
At the same time, we are aware that it is these countries that will produce the largest numbers of new tourists, consumers, investors. importers and cultural actors over the next ten years, not to mention the heavy-weight political decision-makers.

Building a reputationIn its public diplomacy efforts, the Ministry of Foreign Affairs is seeking to increase its   knowledge of how a reputation can be built. We are examining the new challenges we are facing in this field and how we as a nation can further develop our reputation. We know our country’s history. But what is the history that we are writing today? And what are the stories that will make up our history in the future?
Take the High North – a political priority that will probably be important for decades to come. How can the values we attach to responsible management of resources – of fish, oil and gas – become more strongly associated with Norway?
What can do to ensure that Norway is immediately associated with efforts to develop new technology to address climate change? How can the stories about the challenges we are facing in the High North be woven into Norway’s history?
Question and answers
Or as the man behind the study, Simon Anholt, put it: which of the world’s problems do people think Norway can help to solve?
Studies have shown that a country’s reputation remain surprisingly entrenched. Great clarity and perseverance are needed to build a national image. But changes do take place. In the space of a few decades, Japan gained a reputation as a top-notch technology nation. Spain set the Franco period firmly aside and became a prime destination for holidays in the sun. We are increasingly associating India with IT. Ireland has adopted the colour green. And Nokia is a hallmark of Finland.
Top of the agendaWhen Jens Stoltenberg and Tony Blair opened the new gas pipeline, Langeled, between Norway and the UK last year, Mr Blair said that Norway is “at the top of the energy agenda”. In 2012 we will be exporting as much gas to Europe as Russia does. Even today, every third meal cooked in France is heated with Norwegian gas. How is our reputation affected by the close association we have with the most important strategic challenge in many other countries – energy supply?

Conspicuous wealth
And how is our reputation affected by what is perhaps Norway’s most recent achievement in the world’s eyes – the NOK 2 000 billion liquid investment capital we have amassed in our pension fund. We have a substantial ownership interest in thousands of companies all over the world. Our pension fund is the world’s third largest in any category and is on the way to becoming the largest.
What effect is this having on us, on Norway? Our wealth is becoming visible, even conspicuous. How do we want to be seen in this connection?
Kristin Clemet is right – we are a rich nation. From a historical perspective, this is a new phenomenon for Norway; it is affecting our self-image and, gradually, our reputation. I do not know whether or not she is right in calling us a small nation – that depends on how she measures us, but never mind. The question is – are we nasty?
GenerosityFor me one thing is clear: we need a public diplomacy strategy that ensures that we are seen to be generous. Our willingness to take responsibility and to help people who are less fortunate than ourselves should be a source of inspiration to others.
We will, of course, assess our results on a continuous basis, and consider whether they are up to scratch. And if we find that our policy is not working, we will be willing to change it.
A real effort
But if we are in a position to help the parties in a conflict to create peace, we will not let the opportunity pass by. If we can take a leading role in the efforts to ensure that all the world’s children have access to vaccination programmes, we will pull our full weight. If we can continue to be a leading humanitarian actor, providing help for people in need, then we will do that too. And if we are able to act as advocate for the UN, then we will speak out with a clear voice.
What really would be nasty would be introducing a policy that halved the allocations for development cooperation and cut the funding for peace and reconciliation. And if anyone is wondering whether that could ever happen, they should read the Progress Party’s programme and budget proposal.
Willingness to changeWe have thus reached a decisive point in the discussion of Norway’s self-image – the fact that it reflects the fundamental political views that lie behind it. Our self-image will vary because the values it is based on vary.
I do not understand what it is about Norway that Ms Clement finds nasty, or what it is about EU membership that would make us less nasty. But what she describes as unrealistic, I would call ambitious. What she considers quixotic, I would describe as a willingness to change.
So we see that our self-image and our reputation can stimulate debate and political standpoints. And this is a debate that I welcome!
http://www.regjeringen.no/en/dep/ud/Whats-new/Speeches-and-articles/speeches_foreign/2007/Is-Norway-a-small-rich-and-nasty-country.html?id=469756 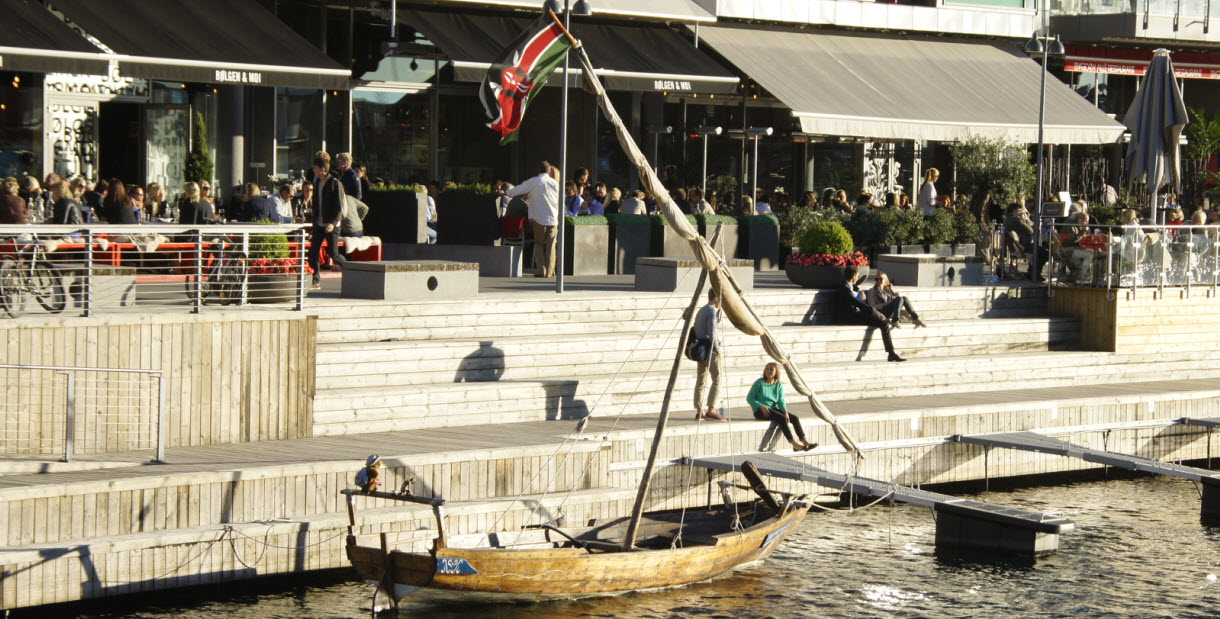 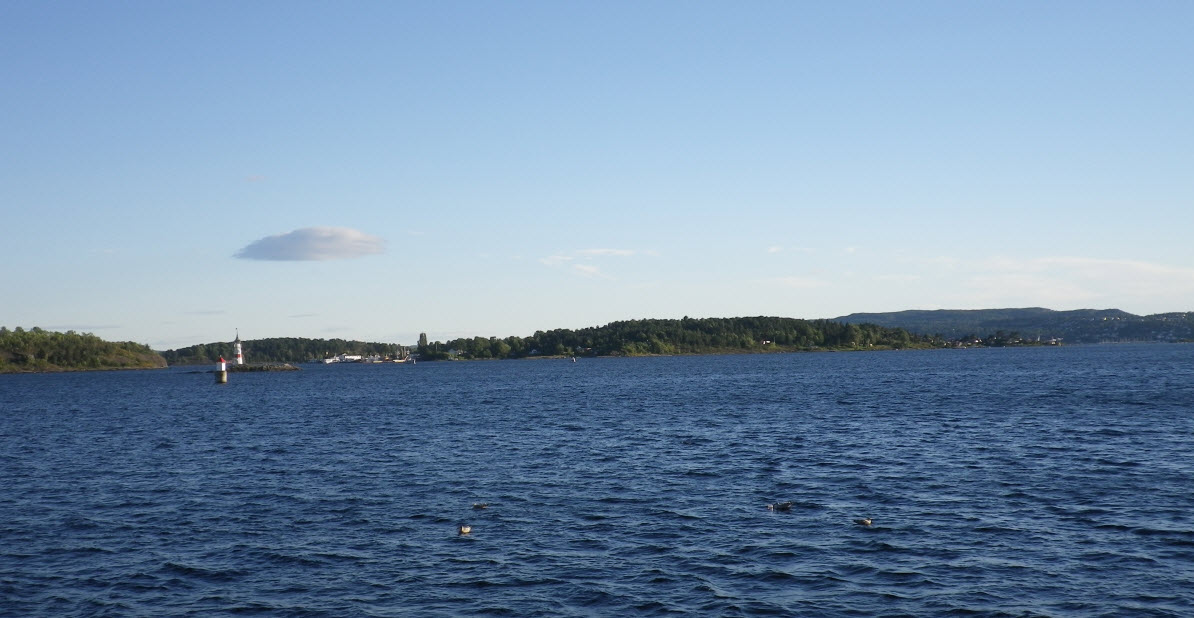 pictures of Oslo taken by me