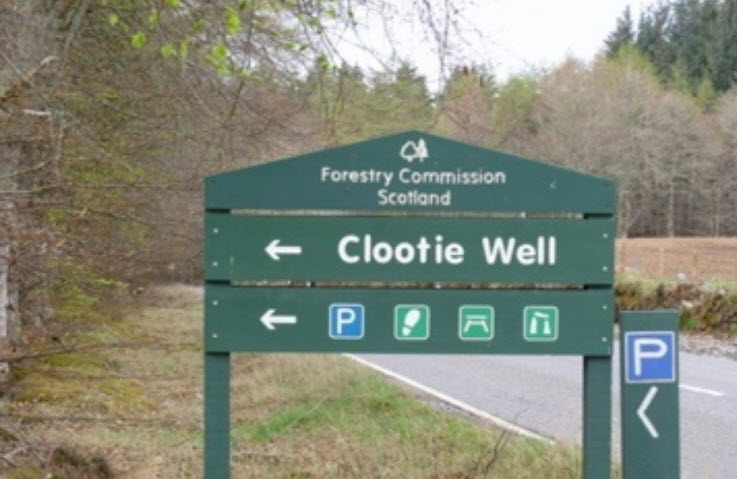 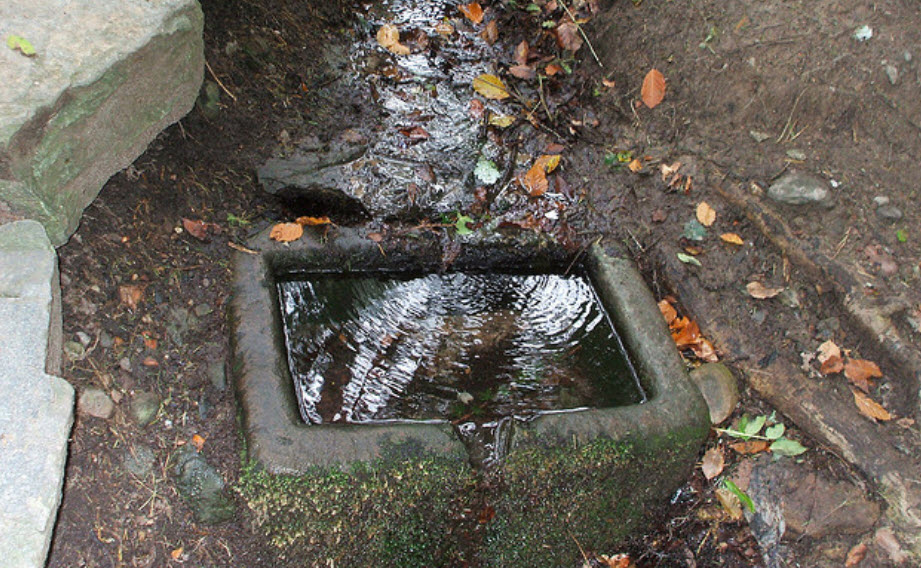 At the Clootie Well on the Black Isle, despite being within sight of the road you are immediately in no doubt that you've entered a place that's distinctly 'other'.

In Scotland, clootie means a piece of cloth or strip of rag, it can also mean clothing and cloth for patching.

The village of Munlochy situated in the heart of the Black Isle, the promontory that lies north of Inverness, bounded by the Moray Firth to the south and the Cromarty Firth to the north. The place is treated to the odd spectacle of bits of cloth, human hair and clothing hanging off the trees and bushes. But the trees, bushes and flowing stream are an ancient Celtic healing and pilgrimage place. This holy well later became associated with the Pictish Saint Curidan.

The Clootie Well is a remnant of an ancient tradition commonly found in Scotland and Ireland, of holy wells to which pilgrims would come and make offerings, usually in the hope of having an illness cured. The tradition dates far back into pre-Christian times, to the practice of leaving votive offerings to the local spirits or gods in wells and springs.

The holy well at Munlochy is said to date back to the time of St Boniface or Curitan, who worked as a missionary in Scotland.

Pilgrims would come, perform a ceremony that involved circling the well sunwise three times before splashing some of its water on the ground and making a prayer. They would then tie a piece of cloth or "cloot" that had been in contact with the ill person to a nearby tree.

As the rags hanging on the trees and bushes rot, the disease afflicting the person who wore the piece of clothing fades away and disappears. So the Pagan belief goes. Today's Clootie Well remains an unsettling place.

Many people still obviously believe that leaving an offering will be of benefit to them or to others. One problem is that many choose to leave items made of modern synthetic materials that will never rot away.
It is especially popular during the traditional Celtic festival of Beltane, on 1 May.