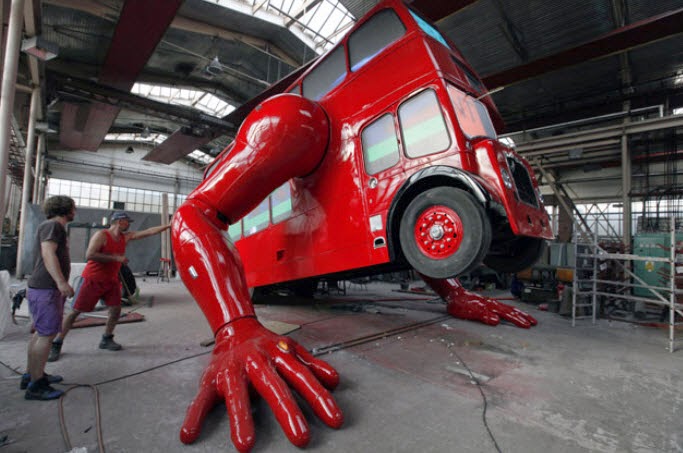 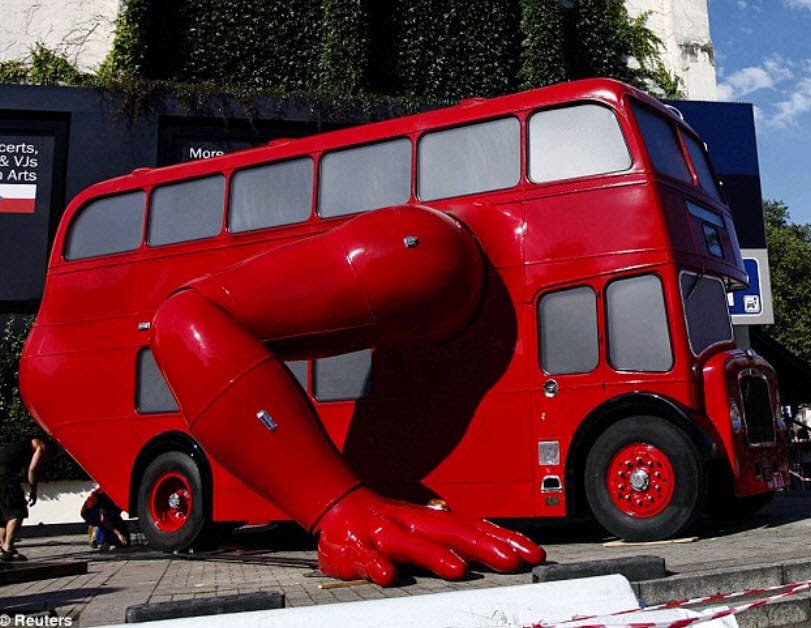 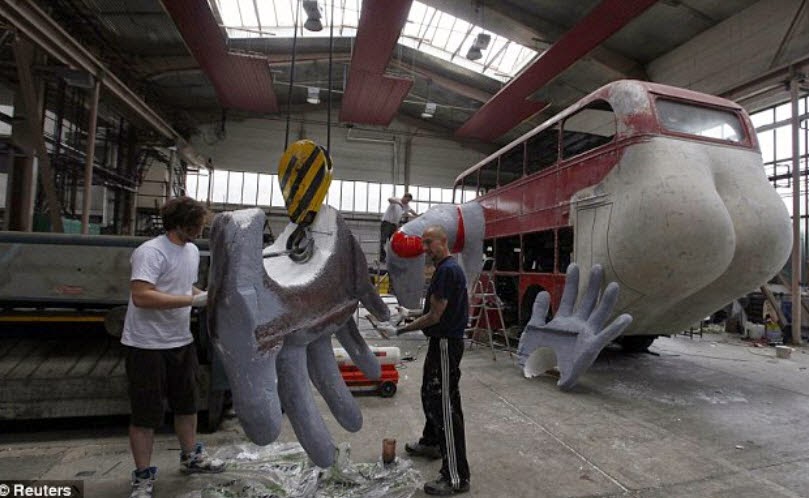 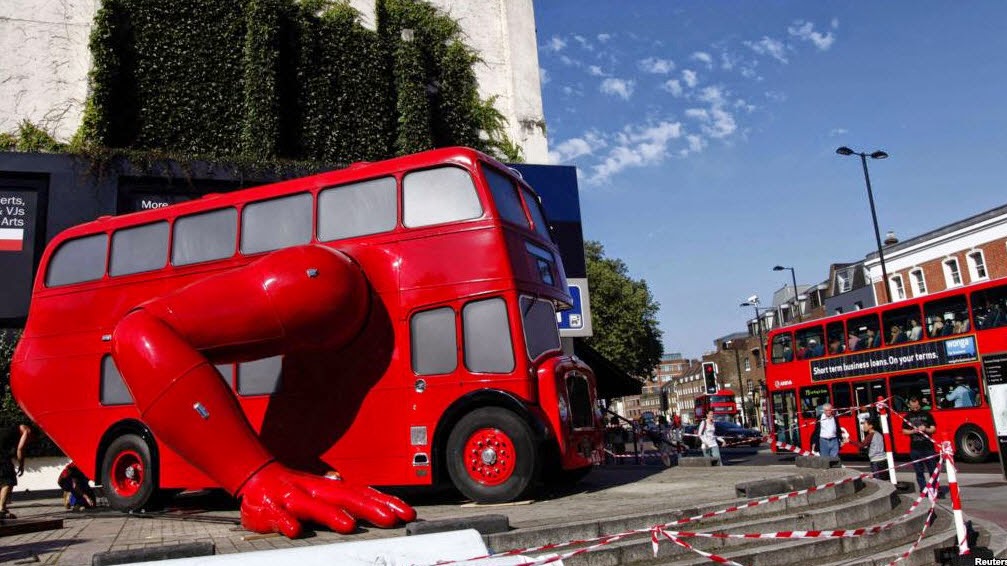 A London bus that has been transformed into a robotic sculpture by Czech artist David Cerny is assembled in front of the Czech Olympic headquarters in London.
By RFE/RL


The controversial Czech artist David Cerny has turned a British double-decker bus into an athlete doing push-ups in order to celebrate the Olympic Games, which open in London on July 27.

Cerny bought the 1957 Routemaster bus in the Netherlands. He attached two huge arms, an electrical engine, and a lot of wiring and suspension tools to make it into a piece he calls "London Booster."

The mechanics inside make the red six-ton bus move up and down on bright-red arms, raising the chassis into various angles. It is accompanied by recordings of a groaning voice and video projections in the windows.


London Art Bus Sculptures
Sculpture trails
Presented in partnership with Wild in Art, the Year of the Bus Sculpture Trails brought businesses and artists together to create a series of free and accessible public art sculpture trails across London in 2014.

You now have a chance to own one of the unique bus sculptures, based on one of London's newest icons, the New Routemaster. The funds raised from the auction will go to three charities - Kids Company, London Transport Museum and Transaid. You can read about the charities' work further down this page.

Painted and adorned by well-known and aspiring artists, the sculptures captured the imagination of Londoners and visitors to the city when they went on display on four walking trails across the Capital in 2014.

The bus sculptures have now been removed from their on-street locations and can be seen at Queen Elizabeth Olympic Park until Monday 23 February 2015. 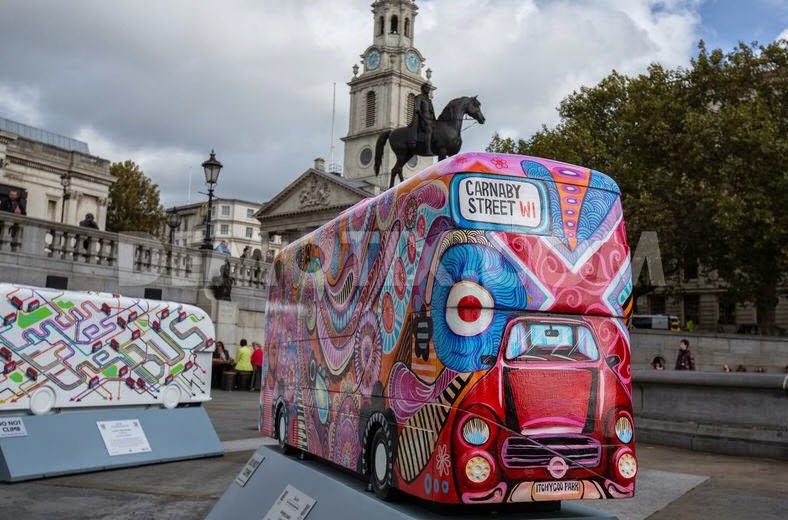 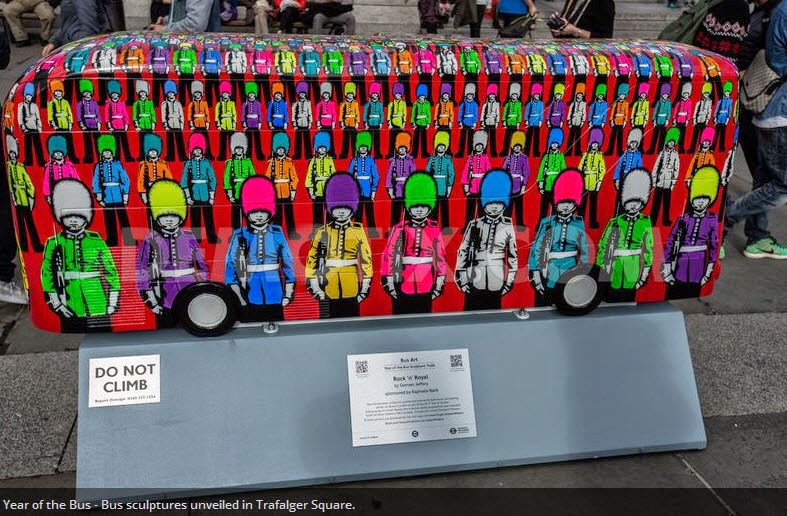 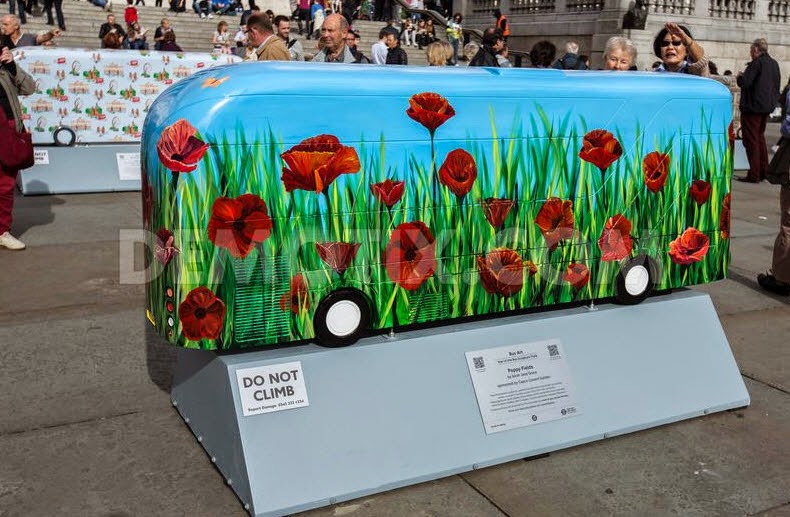 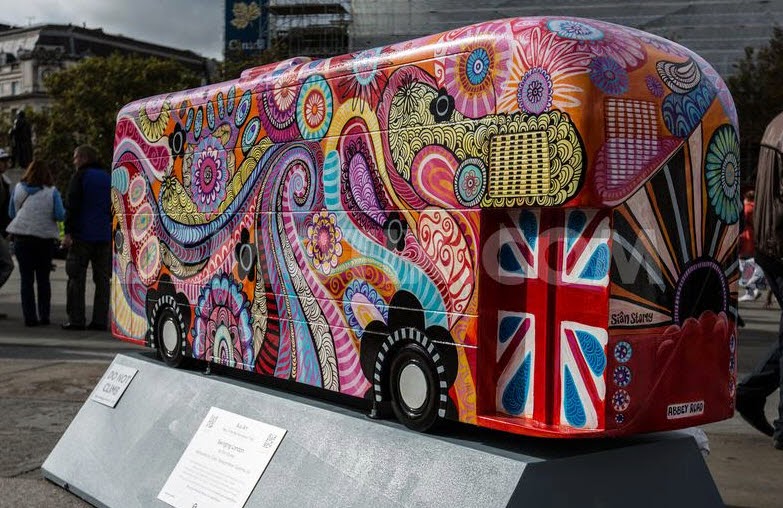