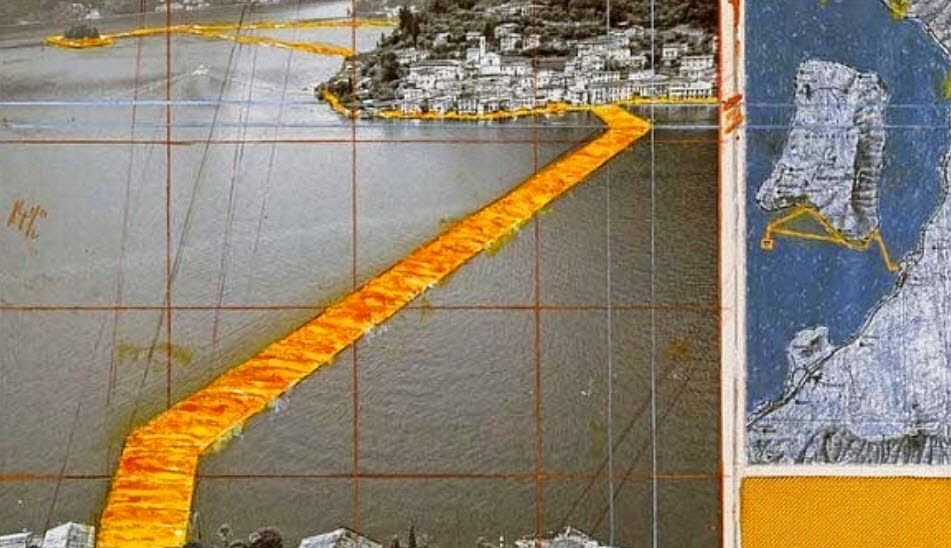 The New York-based, Bulgarian artist Christo is to create three kilometres of shimmering yellow walkways on Lake Iseo in Italy that will link two of its islands to the mainland for the first time. The nylon paths will branch out to Monte Isola—Italy’s largest lake island— then circle the smaller San Paolo before continuing into the mainland town of Sulzano to complete a route totalling 4.5 kilometres. Announced this morning at the Maxxi Auditorium in Rome, The Floating Piers will be Christo’s first major project since 2005’s The Gates, in New York, and the first since the death of his wife and long-time collaborator, Jeanne-Claude. 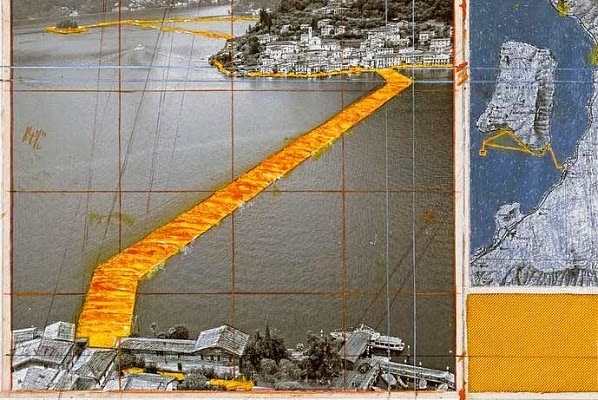 The 79-year-old artist’s new work is similar in appearance to his Surrounded Islands (1983), where 11 islets in Biscayne Bay, Miami, were encircled with pink polypropylene fabric resting on the water. At Lake Iseo, the fabric will be supported by 200,000 high-density polyethylene cubes floating on the lake, allowing visitors to walk on the work while crossing from Sulzano to the two islands.

The Floating Piers—fully funded by sales of the artist’s work—cost a reported €10m and will be in place for only 16 days in June before being dismantled and recycled.