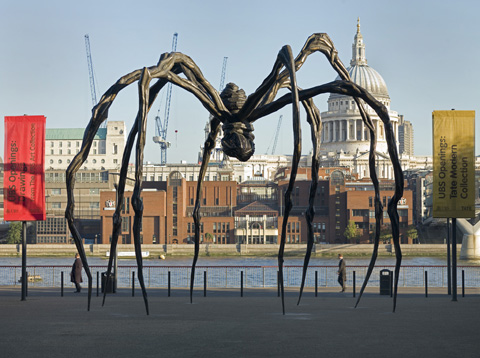 This week’s work is Louise Bourgeois’s Maman from 1999. Bourgeois was a sculptor, painter and printmaker, who died at the age of 98.

Born in 1911 in Paris, as a youth, Bourgeois assisted her parents in their tapestry restoration business. She first began studies in mathematics before deciding to pursue the arts – she then studied with many notable artists in Paris including Fernand Léger. In 1938 she married the American art historian and critic Robert Goldwater, and moved to New York, where she met Le Corbusier, Joan Miró and other European expatriates.

Bourgeois was always at the forefront of new developments in art of the twentieth century, but she pursued a wholly personal path. She explored her ideas in painting, printmaking, sculpture, installation and performance, using extraordinarily varied materials, from wood and stone to latex, rubber and fabric. However, this was balanced by an obsessive continuity of subject matter; often deeply autobiographical references to Bourgeois’ childhood. 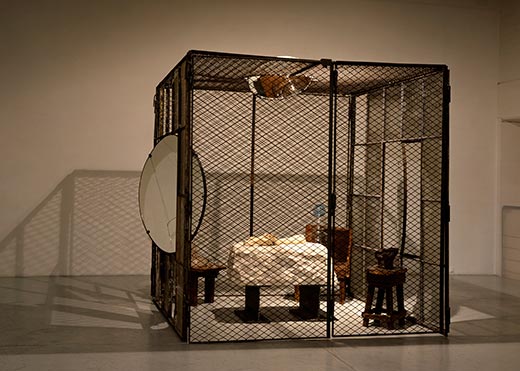 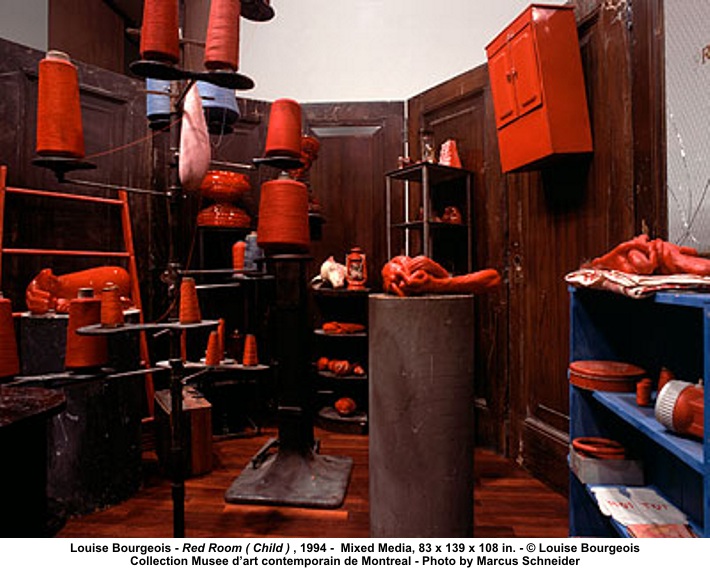