The life of Stuart Sutcliffe

As a leading student at Liverpool Art School, Stuart was the only student selected for the John Moores’ Painting Prize at the Walker Art Gallery from November 1959 – January 1960. His selected work, Summer Painting, originally a 2-panel painting, was bought for £65 by John Moores for his son. After Rod Murray and Stuart delivered the first half of the painting to the gallery, they went to the pub to celebrate and forgot to take the second panel. It still sold and after being convinced by Paul McCartney and John Lennon to invest the earnings in a bass guitar, Stuart joined what was then The Silver Beetles – soon to become The Beatles – the most famous band of all time. Stuart and John Lennon were best friends and shared a flat whilst at college. They wanted a name that was similar to the new bands of the era, namely Buddy Holly and the Crickets, and came up with The Beatals but John would later change it as he thought it sounded French.


Stuart left Liverpool Art School to travel to Hamburg as a Beatle in 1960 where he fell in love with a photographer, Astrid Kirchherr. Although his bass playing with The Beatles has been recorded as elementary, with him only sticking to basic chord structures, he was actually a fairly competent musician. When he donned dark Ray Ban sunglasses and tight trousers, he became a huge hit with the subculture of Hamburg; being called the James Dean of Hamburg. He received standing ovations when he sang Love Me Tender, to the dismay of Paul McCartney who felt undermined by Stuart’s friendship with John.

Stuart and Astrid got engaged in November 1960 and in July 1961 Stuart left The Beatles to concentrate on his art, enrolling at Hamburg College of Art under the tutelage of Eduardo Paolozzi. He became increasingly sick, suffering from severe headaches but no tests could determine his illness. On 10 April 1962 Stuart collapsed in his studio and died in the ambulance on the way to the hospital with Astrid at his side. His death has been attributed to a brain aneurism but no definitive answer has ever been provided for the cause. 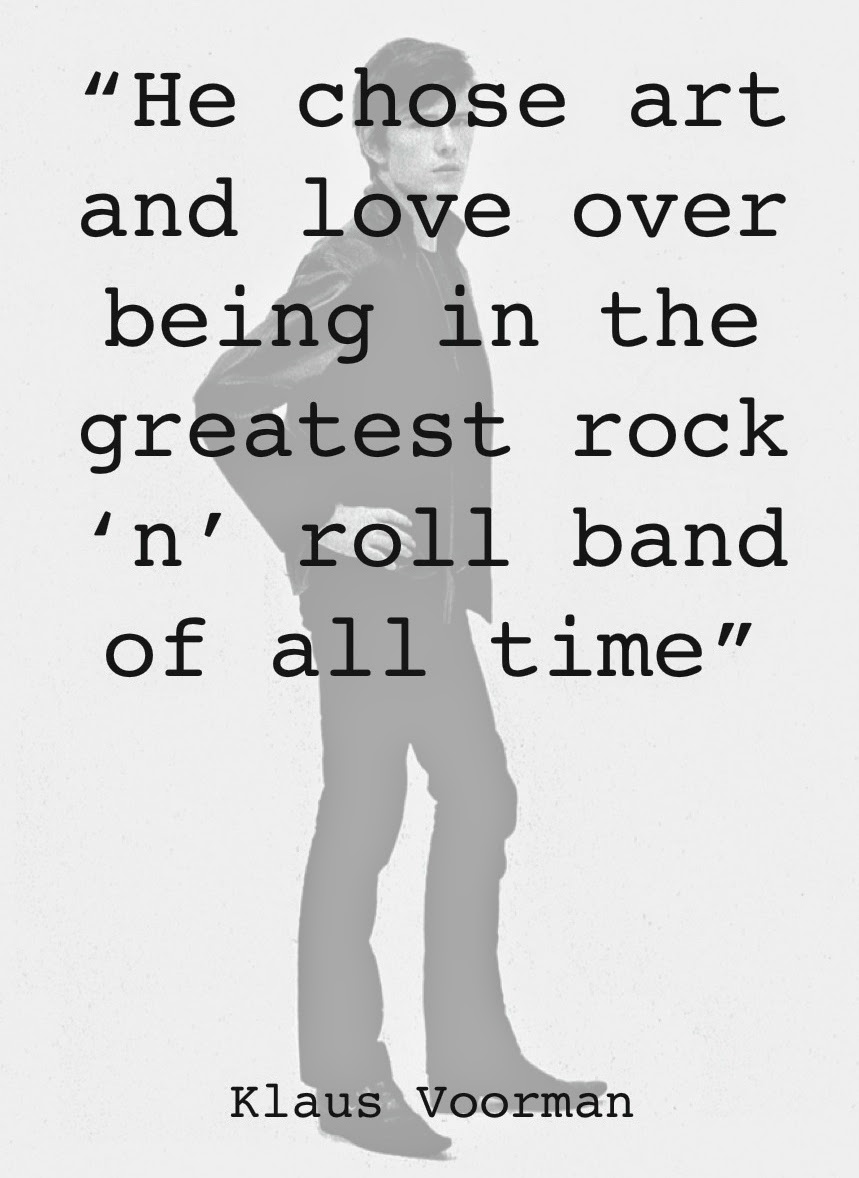 The work of Stuart Sutcliffe

“We young artists are like young sailors:
unless we encounter rough seas and are buffeted by the winds, we’ll not become
real sailors. There is no mercy for us, everyone has to go through a period of
worry and struggle if he wants to go into deep water. First we catch a few fish or none at all, but we get to know the ropes and learn to steer our boats which is surely of great importance. And after a while we’ll have a marvellous catch, and big ones!” – Stuart Sutcliffe.

Although Stuart Sutcliffe’s working life was so short, spanning only 6 years, one influence lasted throughout this period, the work of Nicolas De Stael. An important
proponent of Tachism (the French equivalent of Abstract Expressionism), De Stael would divide a canvas into numerous sections of colour, predominantly blue, red and white, with traces of the brush and palette knife visibly evident through a thick impasto application of paint. His style would alternate from figurative to abstraction with his later work predicting the direction of much of the contemporary work that came after him, including Pop Art. This influence was heightened in Stuart’s later Hamburg work through the tutelage of Eduardo Paolozzi, a British protagonist of Pop Art, though Pop Art is the one influence that doesn’t resonate in Stuart’s work. Considering his involvement with The Beatles and his love of Rock ‘n’ Roll his work was removed from the ever-growing pop culture influence and would stay more in line with the European avant-garde, namely Expressionism, Tachism and Kitchen Sink Realism. De Stael and England’s David Bomberg may be seen as connecting links between Expressionism and the austere Kitchen-Sink realism, and an intertwining thread to the two influences on Stuart’s work.


Stuart’s early work was bold in colour with heavy gestural marks, figurative abstraction of the banal and everyday. His shift to complete abstraction, where the painted surface became a gestural expression, or an action, pays further tribute to the influence of Tachism and Abstract Expressionism – both major influences in the 1950s. A term closely associated with Abstract Expressionism and used synonymously by some critics was Action Painting. It’s like dreaming, when you enter into a subconscious state where your thoughts, worries and emotions are processed. With Action Painting the subconscious is brought to life as the artist’s innermost thoughts, worries and emotions are spread across the painted surface, almost like automatic writing with a performance element. The gestural result is a question of paint as a medium, a substance that can become an
extension of the artist and a close link to an innermost expression.

Stuart made a remarkable amount of work in his short working life. It is these pieces and the unquestionable notion of potential that continue to generate intrigue and admiration of Stuart’s mark on the world. 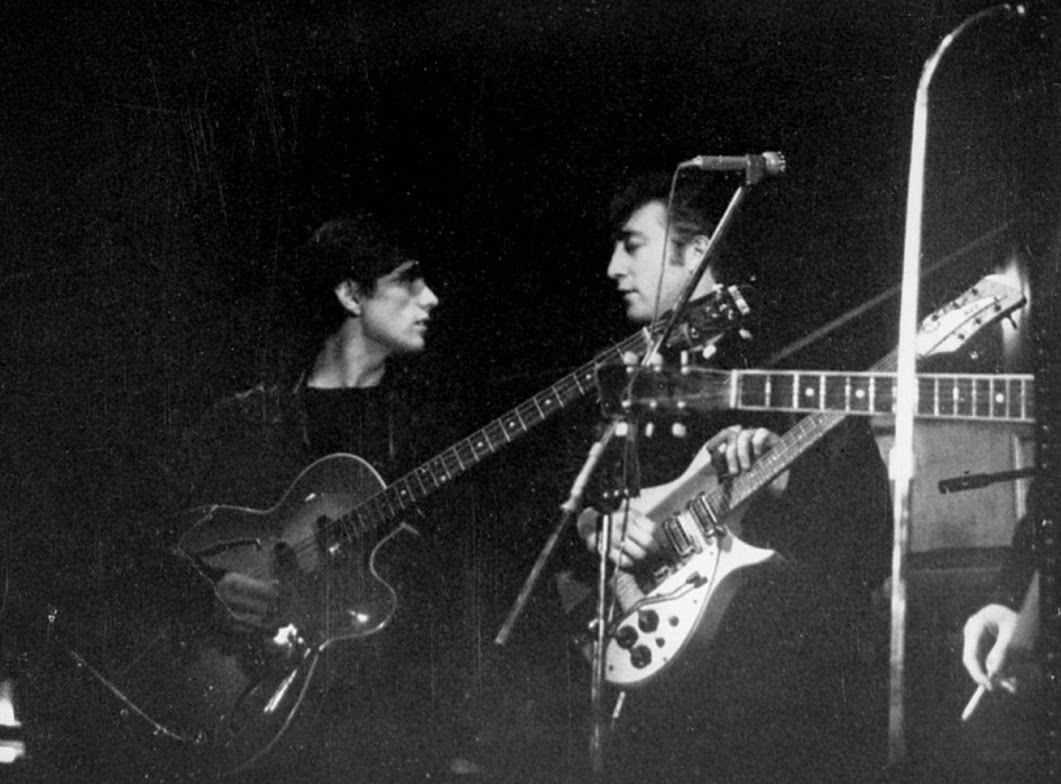 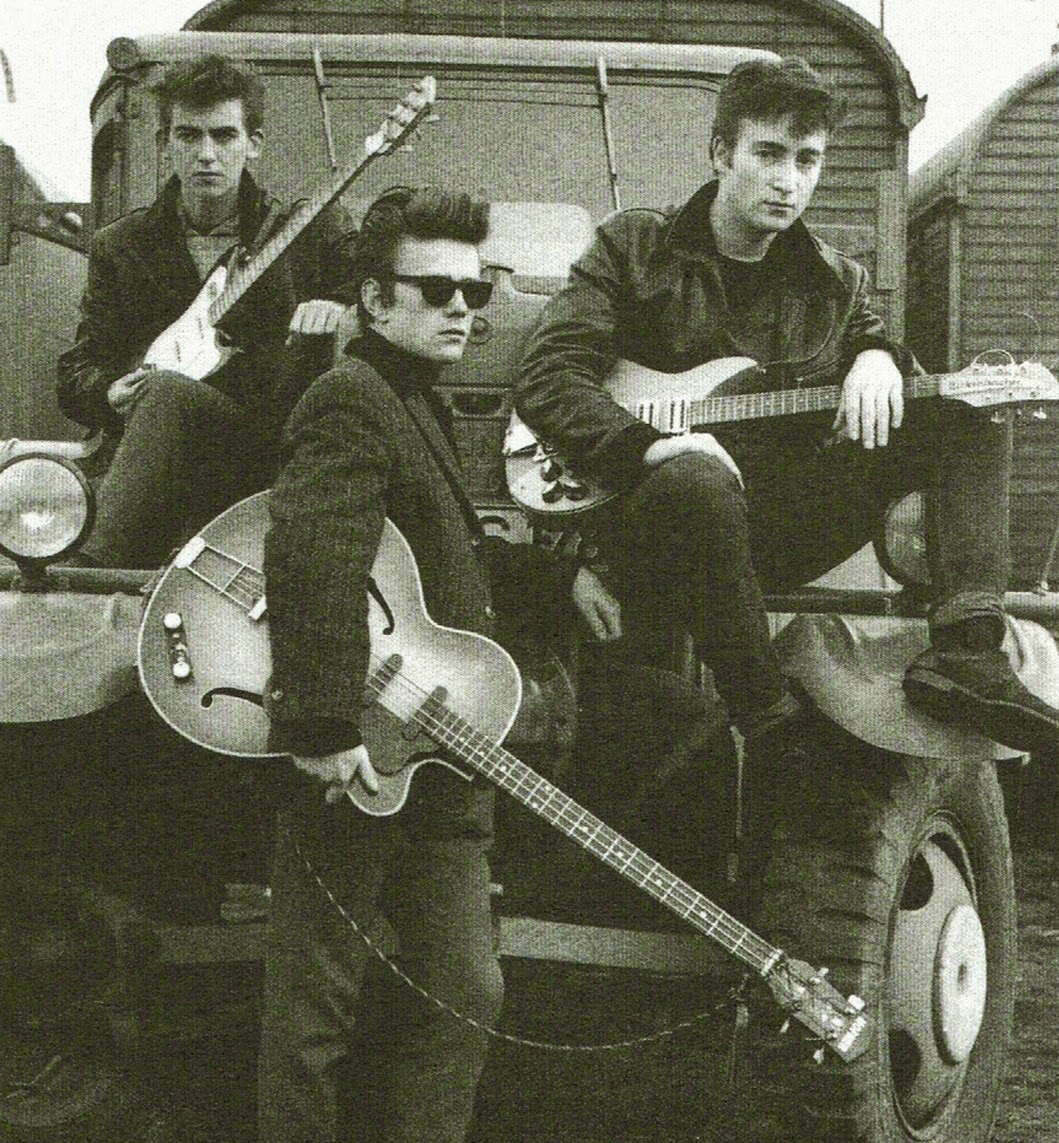 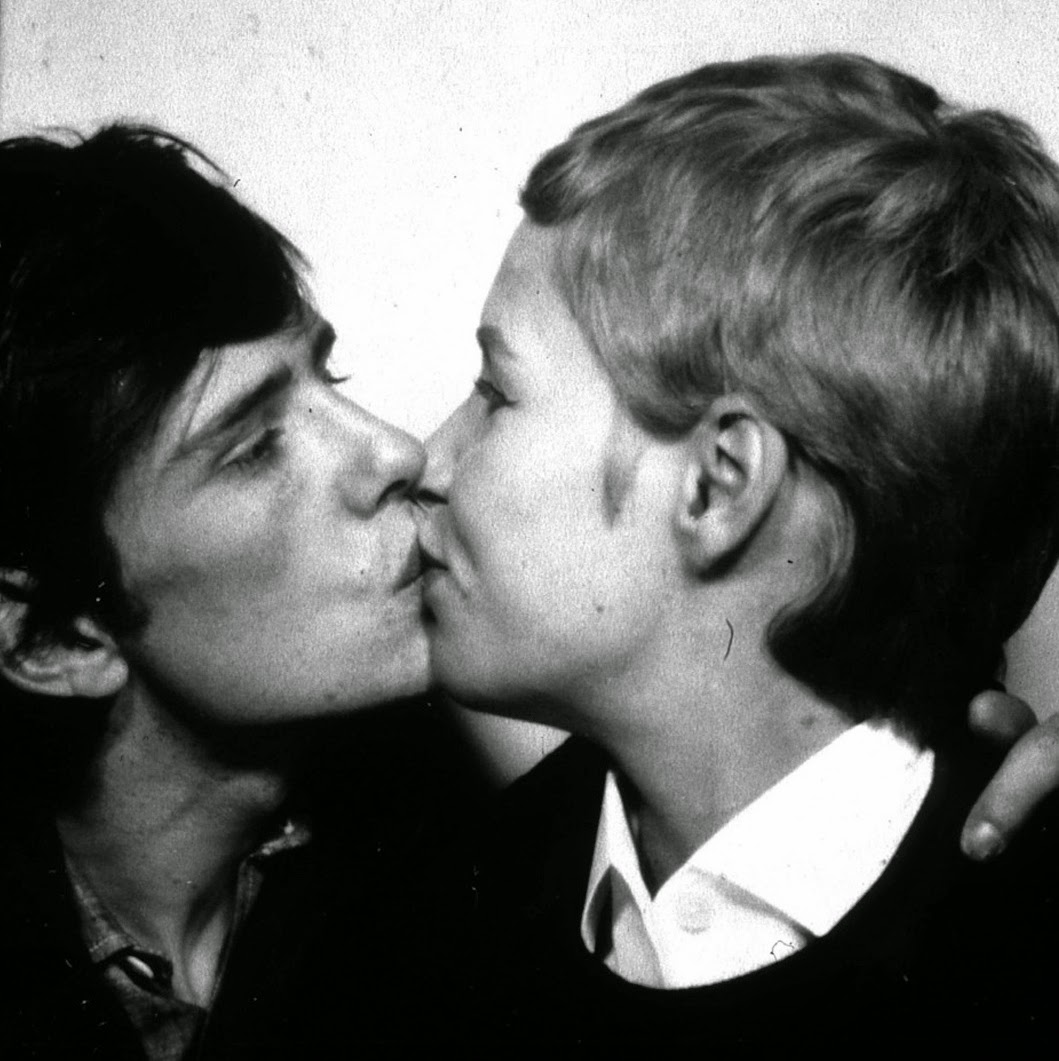 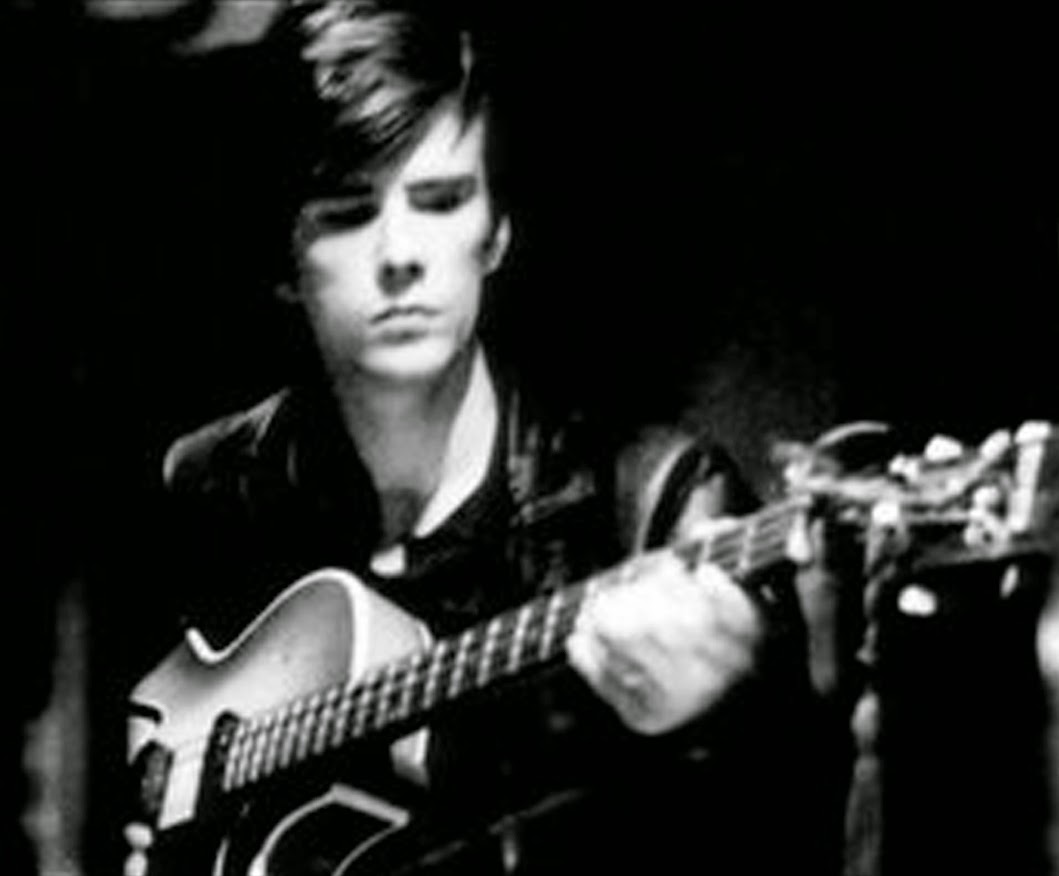 
via: http://paulontheruntour.blogspot.co.uk/2013/06/stuart-sutcliffe.html
Posted by art wonder every day at 12:36