The Lady of Shalott

The Lady of Shalott is an 1888 oil-on-canvas painting by the English Pre-Raphaelite painter John William Waterhouse, it exhibited in Tate Britain in London, where it is usually on display.
The work is a representation of a scene from Alfred, Lord Tennyson's 1832 poem of the same name, in which the poet describes the plight of a young woman, loosely based on the figure of Elaine of Astolat from medieval Arthurian legend, who yearned with an unrequited love for the knight Sir Lancelot, isolated under an undisclosed curse in a tower near King Arthur's Camelot.
Tennyson also reworked the story in Elaine, part of his Arthurian epic Idylls of the King, published in 1859, though in this version the Lady is rowed by a retainer in her final voyage. 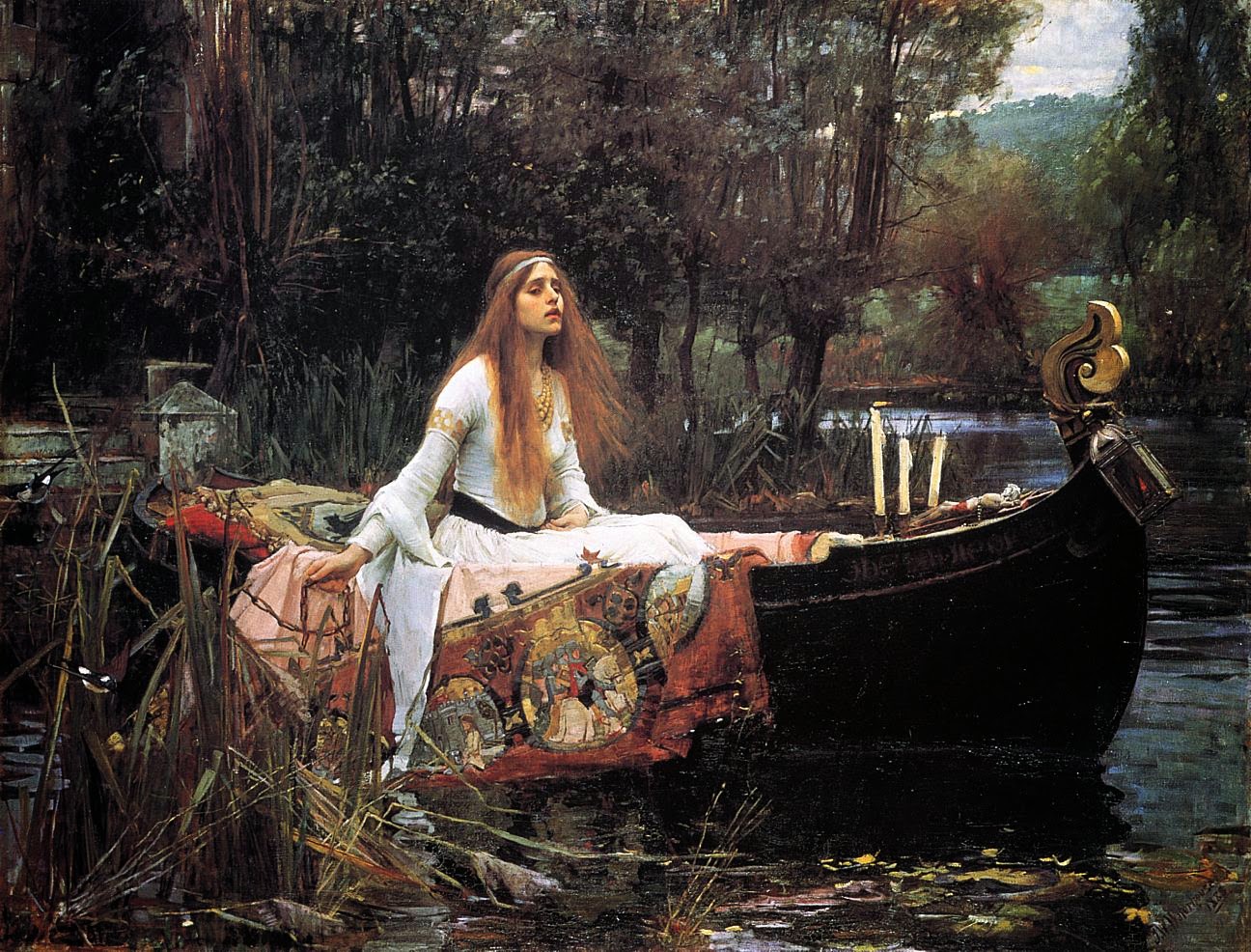 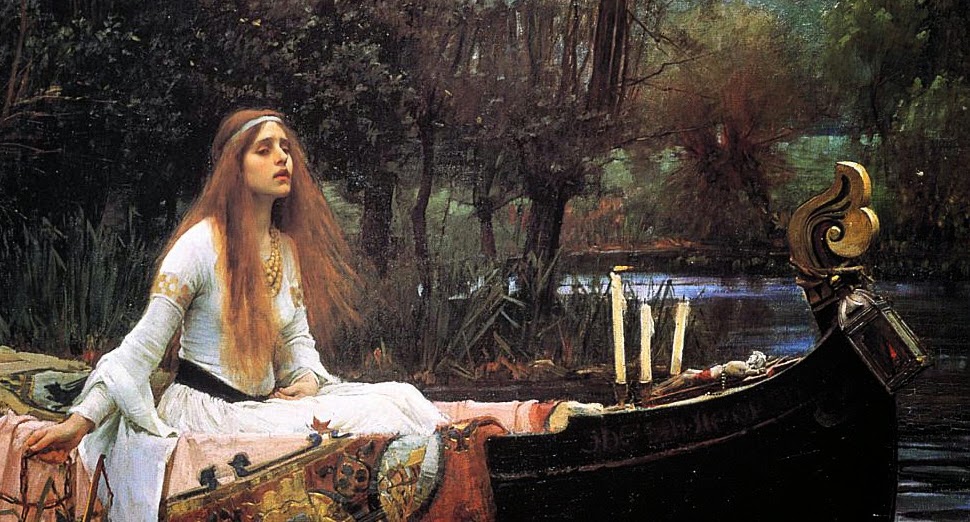 The Lady of Shalott is distraught, that boat ride will result in her death.
See the three candles?
Candles, especially white ones signify life. Notice that two of the three are out and the third is dicey. Notice her gaze is away from the crucifix? She is doomed/cursed...

According to legend, the Lady of Shalott was forbidden to look directly at reality or the outside world; instead she was doomed to view the world through a mirror, and weave what she saw into tapestry. Her despair was heightened when she saw loving couples entwined in the far distance, and she spent her days and nights aching for a return to normality. One day the Lady saw Sir Lancelot passing on his way in the reflection of the mirror, and dared to look out at Camelot, bringing about a curse. The lady escaped by boat during an autumn storm, inscribing 'The Lady of Shalott' on the prow. As she sailed towards Camelot and certain death, she sang a lament. Her frozen body was found shortly afterwards by the knights and ladies of Camelot, one of whom is Lancelot, who prayed to God to have mercy on her soul. The tapestry she wove during her imprisonment was found draped over the side of the boat.

From part IV of Tennyson's poem:

And down the river's dim expanse

Like some bold seer in a trance,
Seeing all his own mischance
With glassy countenance
Did she look to Camelot.
And at the closing of the day
She loosed the chain, and down she lay;
The broad stream bore her far away,
The Lady of Shalott.


The tune somehow evokes both joy and sadness.
It sounds serious, reserved and along with the imagery of the background, conjures a medieval tone. The fact that it is a Celtic harp, as well as the sound produced therewith as opposed to a more modern but practical selection such as a classical guitar, further enhances this image, and yet the tune itself is reminiscent of modern-day indie music, enabling the listener and viewer to relate their sorrows to those of the members of a very different culture and time period. This has a pacifying effect on the listener and viewer, as they feel that their grievances melt in the broadened context of time and in the relation to the medieval period in Celtic lands, in which a vast reservoir of sicknesses, battles and religious conflict are reminisced. Yet the song is upbeat, allowing the listener and viewer to follow the beat and rhythm and thus feel that they are the music, the culture, the people, the land, that they whose sorrows are different yet also similar can be one with a diverse crowd, in harmony with the Celtic Earth and flesh and blood, dissolved, troubles washed away..